I dreamed of trolling against Newt in my maidenform bra and all I got was this big old zot
Washington Times ^ | Jan 20, 2012 | Stephen Dinan

ORANGEBURG, S.C. — Newt Gingrich on Friday backed at least a portion of the Dream Act, saying that he would grant a path to citizenship to illegal immigrant youths who agree to sign up and serve in the U.S. military.

That’s a much tighter standard than the full Dream Act, which President Obama wants. That legislation would allow legal status and an eventual path to citizenship for children and young adults who join the military, but would also apply to those who go to college — a much broader class of people.

“I am opposed to anybody who came here illegally getting citizenship. That’s entirely wrong,” the GOP presidential candidate and former House speaker told a young man who asked about illegal immigrant students. “The only exception I would make is if young people, the ones you are dealing with, are willing to join the American military and serve the United States.”

Speaking a day before South Carolina’s GOP primary, Mr. Gingrich said that would put them on par with any other foreign-born legal resident who joins the U.S. military, and who under the law has a path to citizenship.

Mr. Gingrich’s stance puts him in between Mr. Obama and GOP rival Mitt Romney, who has said he would veto the Dream Act.

Some people think that you and I are a little outré, but I really love your stuff! 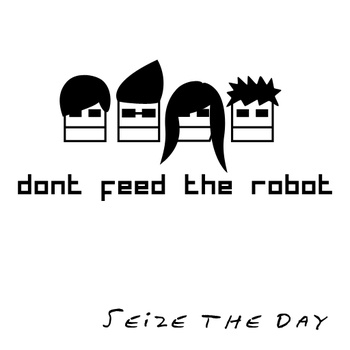 GoMonster see ya troll! Good riddance. The other 2? No comment.

I asked you, Normie, for an ode.

A triple ZOT!; the tale must be told.

In terms of ZOT! there may never be a sequel,

But with your writing, Norm, there is no equal.

With those guys, the fix was always in for the Commies.

I haven’t seen this much bloodshed since Peckinpaw’s “The Wild Bunch”.

That’s right. In the primary it’s anyone but Mitt and anyone but Obama in the general. It could be worse.

151 posted on 01/21/2012 7:39:45 PM PST by freedomfiter2 (Brutal acts of commission and yawning acts of omission both strengthen the hand of the devil.)
[ Post Reply | Private Reply | To 122 | View Replies]
To: keepitreal; sickoflibs; stephenjohnbanker; DoughtyOne; mkjessup; Gilbo_3; NFHale; Liz
Gingrich from the latest debate:

We should have a WWII style draft board where citizens review applications and there is an American family that sponsored that person for a residency permit. They must go back to their home country and apply for citizenship with everyone else. There will be no deporting of grandmas that’s impractical.

A local board gives out "residency permits?" In my view, this sounds like giving sanctuary cities control over immigration policy. Same thing he has been saying for months.

Gingrich also says he would drop DOJ lawsuits against states, but with sanctuary cities giving out residency permits, that is small comfort.

Gingrich says they "must go back to their home country," (for citizenship, not for "residency?" Not sure). You might think that requirement might make it impossible to pass congress, because the left would hate it. But for those from Mexico (and others who got fake papers from a corrupt Mexican bureaucracy), they could set up processing centers just across the border.

And suppose congress passed Newt's immigration plan without the requirement to return to country of origin, would he veto it?

I have no confidence Romney would be better, his latest flipflop notwithstanding.

What does Maidenform have to do with this? First panties and now a bra.

What am I missing?