I have become very curious about the Freemasons and freemasonry in general.
How does it "fit in" with the group of Christian religions...how about islam? What are the views and opinions of those at this site?

Really? And upon what do you base your “intelligent” comment?

I would love some free masonry.

They could wall up the front of the property, as the fence is getting old. 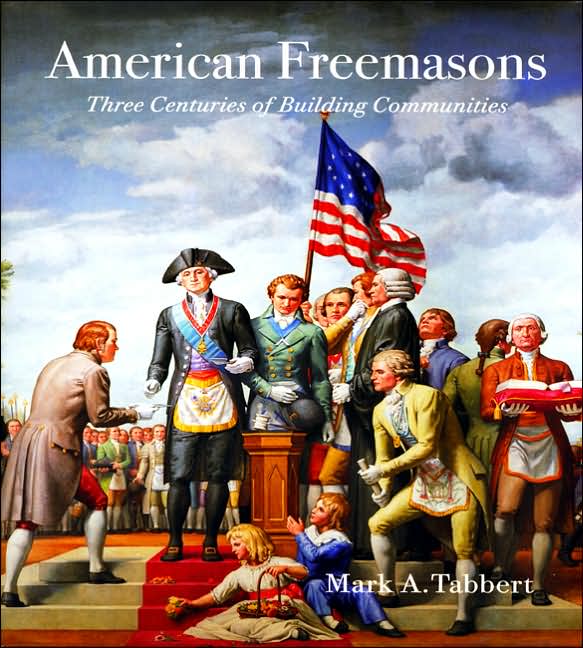 My opinion? If you’re a Mason, you’re not a Christian.

Logic,
You can find out a lot of great information here that is a lot more accurate than the kook and conspiracy sites:
http://www.masonicinfo.com/primer.htm

Jesus says, "He is the only way to the Father and to eternal life." Freemasonry believes that all roads lead to heaven... even Islam. It's called universalism. That is the difference. Christianity is just another religion in their pantheon. Freemasonry is another man made ritual that incorporates many man made rituals leading many astray from true faith. It's another path on the broad road to destruction. There.

Society with secrets. You hear some messed up things about them but generally I figure if you look at the founding father’s involvement in this group it has gotta be pretty good. If you have ever read Asimov’s Foundation series I think that is what the Freemasons do. Protect knowledge and advance things for the good of society and try to mitigate the dark ages of humanity. Also George Washington in an apron LOL!

BTW, if you’re a good standing free man in society who believes in a higher power of some kind you should just hit up to local Masonic Temple they probably have a video or a pamphlet or something.

Horseshit. And yes that answer is about as intekkigent as your comment.

My father was a Mason at a very high level, my mother an Eastern Star, I was a Demolay (briefly), most of my uncles were Masons, my father-in-law was a Mason, also at a very high level and I would totally agree with you that Masonry is not compatible with Christianity. I thank God that my parents disengaged from Masonry later in life.

the mispelling was intentional too.

Frankly, though the Catholic Church has MUCH to be proud of, not the least of which is preservation of the Faith and the protection of many of the founding Christian documents over the centuries -—

I suspect that most of the Church resistance to Masonry is the fact that Masonry, itself, claims roots in the Knights Templars.

The Knights Templars might well have “lost their way” when they sacked Constantinople, and attacked the Eastern Church.

However, there is NO doubt that without the Knights Templars, Islam would have conquered much more of Europe, much earlier than they did.

The King of France, at the time, owed large sums of money to the Knights Templars.

Instead of paying up, the King of France made false charges against the Knights: heresy, idolatry, etc.

This was a shameful time in CHRISTIAN history, as nobody seemed willing to stand up for or protect the Knights from these false charges.

Sadly, even the Pope stood silent, and allowed this persecution.

Demolay was the leader of the Knights, at the time. The Mason's youth group is named after him. He was burned at the stake as a heretic.

To me, these are the real reasons the Catholic Church has historically resisted the Masons, whose basic tenant is that religion is a good thing, but that religious wars have caused more pain than any other human problem on Earth.

I do think that the Mason's insistence on making all religions “equal” is weird.

Some Masonic groups, today, do not even allow the name of “Jesus” to be used, sometimes not even in an EASTER service!

This has more to do with the radical Unitarians, Agnostics and other lefties taking control of Masonry, than anything else.

However, the goal of finding the “common denominators” in faith is, I think, a worthy goal.

I simply do not believe that anyone must suppress his or her own faith, in order to agree on common ideas with other faiths.

Well, you asked, hope I was not too windy!

I think it can be boiled down into two concepts:

If you are a Christian who believes that Jesus Christ is the way, the truth and the life, and that there is no way to the Father except through Him, then membership in freemasonry is a direct contradiction to that belief.

Free Masonry requires that a member profess a belief in a creator.

Other than that there is no requirement to be of any religion.

There is one order of Mosonry that requires one to be a professed Christian.

The order of Knights Templar.

All Knights Templar are members of the world's oldest fraternal organization known as "The Ancient Free And Accepted Masons" or more commonly known as "masons". However, not all masons are Templars. Templary is but a part of the Masonic structure known as the "York Rite Of Freemasonry".

The author of that great book disagrees strongly with the idea that Christians can not be Masons.

You sound like a catholic. Answer me this, mr catholic anti-mason...if masons and shriners are so anti-jesus, then why did the catholics go out and invent their own catholic version of the masons/shriners?

AKA the knights of columbus?

There is a link of some kind between shriners and turks(or the ottoman empire). I don’t know what exactly the link is, but shriners wear a turkish fez.