We never seem to get enough information in the hours and days immediately following a horrific crime, but after a few days or weeks have gone by, usually after the story has faded from the front page, the necessary backstory finally comes out.

First, an “All Points Bulletin” on May 12 alerted the state of Texas that Gonzalo Lopez, a convicted murderer serving a life sentence, had just escaped from custody during a transfer, by breaking out of his transportation cage and stabbing the driver of the prison bus.

He remained on the run for three weeks, using up precious police resources in the search, until he was finally discovered driving a stolen Chevy Silverado on June 2… a vehicle he had stolen from the innocent Centerville, TX family he had just killed in cold blood – four boys and their grandfather.

The police spotted the vehicle, forced it off the road, and – thank Heaven - killed the villain in a short gun battle.

The good news, of course, is that he won’t ever kill anyone else.

The bad news is that the circumstances that enabled his final killings are still in place, enabling other criminals to commit such crimes again.

WHO WAS GONZALO LOPEZ?

As one might guess, this wasn’t his first crime. Gonzalo Lopez had a rap sheet.

He was a member of a prison gang known as the Mexican Mafia, and was about fifteen years into a life sentence for a 2005 murder and kidnapping along the Mexican border. Following this conviction, he was convicted of an earlier attempted murder of a police officer in 2004.

With these two convictions on top of each other, he would not have been eligible for parole for another 23 years. April, 2045 would have been his first chance at it; fortunately, that future parole board has now been spared the bother of that particular decision.

But how does a guy get himself into a situation like this?

Gonzalo Lopez spent his 20s, however, amassing a number of aggravated assault charges and drug crimes. His first felony convictions were in 1994 and 1996, which produced eight-year sentences, from which he must have been released early.

He is reported to have been an enforcer for Mexico’s La Mana drug cartel. In his 2005 murder, he bound and dumped his victim, Lupe Ramirez, into a shallow grave while still alive, and them murdered him with a pickaxe… because the man owed the cartel $40,000 for a single drug shipment. And the attempted murder conviction was also for a cartel hit job; a policeman interrupted him and his partner, Luis Carlos Mares, when they were on their way to kill another mark in Laredo.

A real pillar of his community.

THE QUESTION FOR OUR TIME

With murders in the news virtually every day, the question for our society in general – and for our politicians, in particular – is What can we do to stop these killings?

There are knee-jerk responses, of course. The left perennially calls for the banning of guns, as if stopping you and me from buying one will keep the Mexican Mafia and the La Mana cartel from arming their enforcers.

Besides, Gabrelo Lopez escaped from that prison bus with a homemade knife. A gun ban wouldn’t have stopped that attack.

And his 2005 murder conviction was for a pickaxe killing. A gun ban wouldn’t have stopped that one either.

In fact, though this obviously varies from year to year, only about half the murders in America are committed with firearms. Sharp weapons like knives and axes rank highly, along with blunt objects like bricks and rocks. Lots of murderers do their killing with arson or poison, and many just use the brute force of their own fists.

Since firearms are used by law-abiding citizens to prevent or stop more crimes than are committed with them, there is no reason to believe that the number of murders committed with guns would go down; the criminals could just use other tools, free to ratchet up the volume as their victims are disarmed and become even more vulnerable.

It’s time we look at sentencing.

Gonzalo Lopez was convicted for multiple felonies in his youth, and those felonies gave our criminal justice system the indicator that he was probably a constant danger to society as long as he was a free man… but our system doesn’t believe in giving long prison terms to people who haven’t committed murder. We could; many countries do. We certainly did, ourselves, a century ago. But we don’t nowadays. Our system says that if “all he’s done" is beat the heck out of a few people, but we can’t prove that he was trying to kill them, then we can lock him up for a few years, but then we have to let him out, and give him another chance at it.

And so we did. He got out, and promptly got himself convicted of a couple of murder attempts, one of them successful.

Now we could punish him appropriately, and we did, giving him two life sentences from which the earliest possibility of legal release was to be when he reached 70.

A life sentence is a solid effort on the part of the criminal justice system. A life sentence means society recognizes a threat and tries its best to keep that threat away from civil society, at least until a parole board can be conned into thinking the killer has reformed.

But did that stop him from killing people? Hardly.

In the midst of this life sentence, he tried to kill the driver of a prison bus, and then murdered five innocent people in a Centerville cabin.

We don’t know how many people Gonzalo Lopez killed in his lifetime - five more, ten more, twenty more? - anything is possible for a drug cartel enforcer. We have no idea of the number or nature of crimes that he got away with.

We can only look at his convictions, and that final murder spree following his escape.

So, all we know for sure is that he killed six, and tried to kill a few more. The published record of his life – with certainty – only shows six dead at his hand.

But here's the key takeaway: Five of those six were killed while he was already serving a life sentence.

What can we learn from this?

We should also consider the high cost of imprisonment, ranging from around $25,000 per year at the cheapest prison in the cheapest state, up to over $100,000 per year in California’s prison system - often for thirty, forty, even fifty years.

If inappropriate – and sometimes it’s not, but sometimes it is – then every penny of that imprisonment expenditure is money taken away from other, more effective forms of law enforcement, such as the cop on the beat, and the investigators and D.A.s who prosecute the criminals those cops risk their lives to catch.

One can argue that execution is not always the proper punishment for a murderer. But when it is – as in the case of Gonzalo Lopez’ pickaxe killing in 2005 – our squeamishness about gallows, firing squads, or lethal injections should not prevent us from doing the right thing.

It’s simple math. Gonzalo Lopez killed six people we know of... but five of them - 80% of his known victims - would be alive today, if only we had executed him after convicting him for that first horrific pickaxe murder.

There is only one sure way of stopping a convicted killer from ever drawing a bead on another innocent human being.

And that’s to prevent him from ever drawing another breath.

John F. Di Leo is a Chicagoland-based trade compliance trainer and transportation manager, writer and actor. A one-time county chairman of the Milwaukee County Republican Party, he has been writing regularly for Illinois Review since 2009.

The people running the US Jesters System wouldn’t get any “vigorish” that way.

A public hanging after his initial first-degree murder would have done the trick.

How is that effort to replace lethal injection with painless suffocation via carbon dioxide gas going?
I agree that when there is NO reasonable doubt of murder execution is the correct response.
NV still has a gas chamber, so clearing out death row here should be fairly simple an inexpensive.

“There is only one sure way of stopping a convicted killer from ever drawing a bead on another innocent human being.

And that’s to prevent him from ever drawing another breath.”

That’s always been my thinking on the matter as well.

I spent the first 15 years of my career working for the public defender’s office in a Democrat-controlled city, Democrat-controlled state, with large percentages of the urban population being black or Latino. I’ve interviewed clients and witnesses who were in prison. I haven’t see in it, but I’ve seen enough.

Time for a new constitutional amendment.

When you are convicted of murder, after you’ve been convicted of two other violent felonies committed on separate occasions, you automatically get the death penalty. With a public execution. Hanging, or a firing squad. The people of the United States would be granted the constitutional right to watch your public execution, so that the people of the US and their children (like the four kids in Centerville, Texas) are protected from you.

You get one appeal, straight to the US Supreme Court. No delays and no fooling around with extra expenses, while your appeal bounces back and forth like a ping-pong ball between various levels of appeals for 10-12 years. The Supreme Court divides into panels of three justices, so that the increased volume of cases can be heard quickly. This way, it’s over and the execution is done in less than a year. And let’s make sure that two of the three judges on every panel are Republicans. 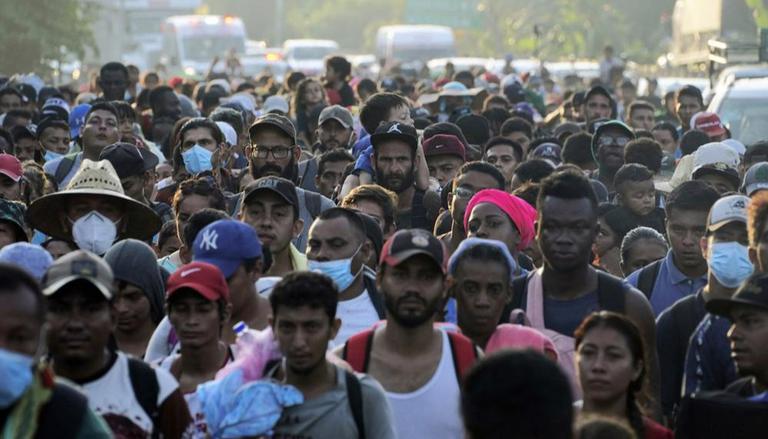