Seven Possible Causes Of The Next Financial Crisis: History showed there was a financial crisis about once every ten years
Law and Liberty ^ | 09/14/2021 | Alex Pollock

The great financial historian, Charles Kindleberger, pointed out in the 1970s that over several centuries, history showed there was a financial crisis about once every ten years. 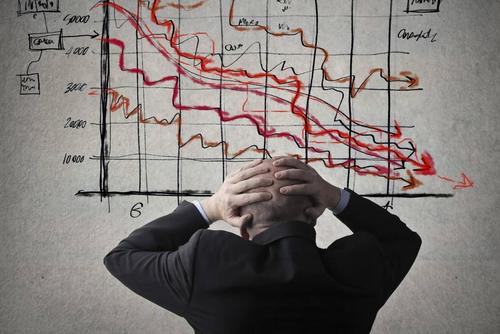 What could cause the next crisis in this long, recurring series?

1. What Nobody Sees Coming

A notable headline from 2017 was “Yellen: I Don’t See a Financial Crisis Coming in Our Lifetimes.” The then-head of the Federal Reserve was right that she didn’t see it coming; nonetheless, well within her and our lifetimes, a new financial crisis arrived in 2020, from unexpected causes.

About the Global Financial Crisis of 2007-09, a former Vice Chairman of the Federal Reserve candidly observed: “Not only didn’t we see it coming,” but in the midst of it, “had trouble understanding what was happening.” Similarly, “Central banks and regulators failed to see the bust coming, just as they failed to anticipate its potential magnitude,” as another top central banking expert wrote.

The next financial crisis could be the same—we may take another blindside hit for a big financial sack.

2. A Purely Malicious Macro-Hack of the Financial System

We keep learning about how vulnerable to hacking, especially by state-sponsored hackers, even the most “secure” systems are. Here I am not considering a hack to make money or collect blackmail, or a hack for spying, but a purely malicious hack with the sole goal of creating destruction and panic, to cripple the United States by bringing down our amazingly complex and totally computer-dependent financial information systems.

Imagine macro-hackers attacking with the same destructive motivation as the 9/11 terrorists. Suppose when they strike, trading and payments systems can’t clear, there are no market prices, no one can find out the balances in their accounts or the value of their risk positions, and no one knows who is broke or solvent. That is my second next crisis scenario.

3. All the Central Banks Get It Wrong Together

We know that the major central banks operate as a tight international club. Their decisions are subject to vast uncertainty, and as a result, they display significant cognitive and behavioral herding.

I read somewhere the colorful line, “Central banks have become slaves of the bubbles they blow.” Whether or not we think that, there is no question that the principal central banks have all together managed to create a gigantic global asset price inflation.

Suppose they have also managed to set off a disastrous, runaway general price inflation. Then ultimately interest rates must rise, and asset prices fall. This will be in a setting of stretched asset prices and high debt. As asset prices fall, speculative leverage will be punished. “Every great crisis reveals the excessive speculations of many houses which no one before suspected,” as Walter Bagehot said. The Everything Bubble of our time would then implode and the crisis would be upon us. Huge government bailouts would ensue.

A particularly notable asset price inflation is, once again, that in the price of houses, which are the biggest investment most households have and are the mortgage collateral for the biggest loan market in the world. House prices are now rising in the U.S. at the unsustainable rate of more than 18% a year, but this is also global problem. Many countries, about 20 by one reckoning, face extreme house price inflation. Said one financial commentator, “This is now a global property bubble of epic proportions, never before seen by man or beast, and it has entrapped more central banks than just the Fed.”

House prices depend on high leverage and are, as is well known, very interest rate sensitive. What would an actual market-determined mortgage rate look like, instead of the Federal Reserve-manipulated 3% mortgage rate the U.S. has now? A reasonable estimate would begin with a 3% general inflation, and therefore a 4.5% 10-year Treasury note. The long-term mortgage rate would be 1.5% over that, or 6%. That would more or less double the monthly payment for the same-sized mortgage, house prices would fall steeply, and our world record house price bubble implode. Faced with that possibility, so far the Federal Reserve’s choice has been to keep pumping up the bubble.

Imagine a failure, similar to our financial system macro-hack scenario, resulting from an attack maliciously carried out to bring down the national electricity system, or from a huge solar flare, bigger than the one that took down the electric system of Quebec in 1989.

Physically speaking, the financial system, including of course all forms of electronic payments, is an electronic system, utterly dependent upon the supply of electricity. Should that fail, it would certainly be good to have some paper currency in your wallet, or actual gold coins. Bank accounts and cryptocurrencies will not be working so well.

It feels like we have survived the Covid pandemic and the crisis is passing. Even with the ongoing problem of the Delta variant, we are certainly more relaxed than at the peak of the intense fear and the lockdowns of 2020. Instead of financial markets being in free fall as they were, they are booming.

But what about the next pandemic? We have discovered that to combat a pandemic, governments can close down economies and cause massive unemployment and economic disruption. Would they do that again—or something else?

How soon could a new pandemic happen? We don’t know.

Might that new pandemic be much more deadly than Covid? Consider Professor Adam Tooze: “One thing 2020 forces us to come to terms with is that this wasn’t a black swan [an unknown possibility]. This kind of pandemic was widely and insistently and repeatedly predicted.” What wasn’t predicted was the political response and the financial panic. “In fact,” Tooze continues, “what people had predicted was worse than the coronavirus.”

If the prediction of an even worse and more deadly new pandemic becomes right, perhaps sooner than we might think, that might trigger our next financial crisis.

By far the most important financial events of all are big wars.

A sobering talk I heard a few years ago described China as “Germany in 1913.”

This of course brings our mind to 1914. The incredible destruction then unleashed included a financial panic, and the war created huge, intractable financial problems which lasted up to the numerous sovereign defaults of the 1930s.

What if a big war happened again in the 21st century? If you think that is not possible, recall the once-famous book, Norman Angel’s The Great Illusion, which argued that a 20th-century war among European powers would be so economically costly that it would not happen. In the event, it was unimaginably costly, but nonetheless happened.

One distinguished scholar, Graham Allison of Harvard, has written: “A disastrous war between the United States and China in the decades ahead is not just possible, but much more likely than most of us are willing to allow.” A particular point of tension is the Chinese claim to sovereignty over Taiwan. Might a Chinese decision to end Taiwan’s freedom by force be the equivalent of the German invasion of Belgium in 1914?

Would anyone be crazy enough to start a war between China and the United States? We all certainly hope not, but we should remember that such a war did already occur: most of the Korean War consisted of battles between the Chinese and American armies. In his history of the Korean War, David Halberstam wrote, “The Chinese viewed Korea as a great success,” and that Mao “had shrewdly understood the domestic benefits of having his county at war with the Americans.”

If it happened again it would be a terrific crisis, needless to say, with perhaps a global financial panic thrown in.

Overall, we can say there is plenty of risk and uncertainty to provide the possibility of the next financial crisis.

I wonder if China will depose the US as the world’s reserve currency. What if China pushes a new currency which is backed by the value of a basket of resources (gold, silver, copper, oil, etc)? They might event include a blockchain component. Our fiat currency would become insignificant and our debt would be a problem. We would fall and they would rise.

The beautiful gimmick the Chicken Littles have going for them is they scream doom and gloom every day for 30 years so the one time it actually happens they claim “they saw it coming”.

No one every remembers how often they are wrong, only the rare occasions they get it right.

Life is dangerous. Life is risk. No one can immunize you from it. Anyone claiming they can is lying to you

This means I’ve lived through 6-7 financial crises and yet done very well.

Most every major hacking success occurred because of inadequate and outdated computer security policies and procedures.

In other words, most every one could have been prevented if the organization that got hacked had taken the time and expense to keep their protection strong and up-to-date.

It’s this penny-wise and pound-foolish management focus that is going to kill us all when the big one hits.

For example, did you know there was a huge security risk exposed for Apple products yesterday? It is a “zero-click” exploit, which means the user doesn’t even have to do anything to get exploited. Apple did a good job releasing an update that eliminates the hack, but very few have run the update. If you haven’t updated your iPhone, Apple Watch, iPad or Mac do it today!

I just updated all my Apple devices this morning.

Here’s the thread from yesterday:

Why Apple users should update their phones, computers and watches immediately:
https://freerepublic.com/focus/f-chat/3994606/posts

Biden’s energy policies, his reckless spending and his lack of vision will cause a market correction. Those are all predictable.

RE: This means I’ve lived through 6-7 financial crises and yet done very well.

I can only remember the last 3 financial crises:

The book “Manias, Panics, and Crashes” by Charles Kindleberger is one of the better books on financial crises.

It can be easily downloaded and is only 355 pages.

Make that 4 if you believe the Covid lockdown is a crisis ( I DO ).

There was an emerging markets crash someone in there but I can’t remember the date.

Houses and rent both are up 30%-40% since April. The live rent free crap ended in most places. The normal working class is in tremendous pain with inflation and unaffordable housing.

Something has got to give.

I wasn’t alive then, but would the stock crash of 74 count?


The pattern is the USA was the primary target, nothing was ever investigated as to the cause.

Q: So who has LOTS of $$$, a hatred of the USA and desires to control the world?
A: China and the Arab nations.

15 posted on 09/14/2021 9:19:44 AM PDT by Zathras
[ Post Reply | Private Reply | To 1 | View Replies]
To: MNJohnnie
The beautiful gimmick the Chicken Littles have going for them is they scream doom and gloom every day for 30 years so the one time it actually happens they claim “they saw it coming”.

Their main flaw (as is mine) is that they didn't realize how far down the road the politicians could kick the can.

This time, IMO, they kicked the can into a cul-de-sac.

Again, IMO, they have a Hobson's Choice: Keep inflating to prop up the economy, which will EVENTUALLY result in an inflationary depression or raise interest rates and IMMEDIATELY cause a market crash and depression.

My bet is on the former. No one in the Fed has the testicles of Paul Volker.