How can I put this tactfully? As was and remains the case with multiple former Obama officials, erstwhile Obama speechwriter Jon Favreau is a snake. For example, Favreau falsely claimed — knowingly lied — in May 2018, that pictures of “kids in cages” from the Obama era were pictures from the Trump era.

“This is happening right now, and the only debate that matters is how we force our government to get these kids back to their families as fast as humanly possible.”

Yeah, that’s the kind of guy Jon Favreau is.

So it hardly came as a surprise on Wednesday evening when Favreau dropped the following tweet, charging Fox News host Tucker Carlson of “spreading anti-vax conspiracies” — and far worse.

“When will anyone at Fox News speak up? Bret Baier? John Roberts? Peter Doocy? Brit Hume? Dana Perino? Any of the Democrats who are on contract?

“People will die because of these lies from your network.”

Really, Jon? Those are some pretty serious charges, Scooter.

People will die because of these lies from your network.

Three, actually. One, Brit Hume, in fact, did “speak up.” Two, He called you a bald-face liar. And, three: While doing so, Hume pointed out that the stats to which Tucker referred came from a vaccine-adverse reporting system managed by the CDC and the FDA.

“This is flat-out false. Tucker cited official government data on deaths of people after taking the Covid 19 shot and compared them to the number of deaths reported after taking earlier vaccines. He said the data raise questions about the Covid vaccine’s health risks.”

This is flat-out false. Tucker cited official government data on deaths of people after taking the Covid 19 shot and compared them to the number of deaths reported after taking earlier vaccines. He said the data raise questions about the Covid vaccine’s health risks. https://t.co/SdptSPAqql

Got embarrassment, Jon-Jon? Of course, you don’t.

Left-wing hacks are never embarrassed when they get caught lying; they simply lie some more before moving on to the next set of lies — which the tail-wagging lapdog liberal media eagerly continues to eat up like its last lying meal.

In what appears to be a transcript of Carlson’s vax monologue on the Fox News site, How many Americans have died after taking the COVID vaccine?, the same points Tucker made on his show were reiterated; the same points Jon Favreau lied his face off about.

“We assume the risks are negligible,” Carlson said. But are they? Excerpts:

“We all assume the risks are negligible. […] Every flu season, we give influenza shots to more than 160 million Americans. Every year, a relatively small number of people seem to die after getting those shots. To be precise, in 2019, that number was 203 people. The year before, it was 119. In 2017, a total of 85 people died from the flu shot.”

“So the question is how do those numbers compare to the death rate from the coronavirus vaccines now being distributed across the country? That’s worth knowing. We checked today. Here’s the answer, which comes from the same set of government numbers that we just listed.”

“Between late December of 2020, and last month, a total of 3,362 people apparently died after getting the COVID vaccines in the United States. Three thousand, three hundred and sixty-two — that’s an average of 30 people every day. So, what does that add up to?”

“By the way, that reporting period ended on April 23. We don’t have numbers past that, we’re not quite up to date. But we can assume that another 360 people have died in the 12 days since. That is a total of 3,722 deaths.”

“Almost four thousand people died after getting the COVID vaccines. The actual number is almost certainly much higher than that — perhaps vastly higher.”

“We checked, today,” Carlson said, in reference to the above statistics.

Unfortunately for Jon Favreau and his protestations to the contrary, the proof source with whom Carlson’s show checked is well-known to Democrats.

“The data we just cited,” he said, “comes from the Vaccine Adverse Events Reporting System — VAERS — which is managed by the CDC and the FDA.

“So what is the real number of people who apparently have been killed or injured by the vaccine?”

“Well, we don’t know that number. Nobody does, and we’re not going to speculate about it. But it’s clear that what is happening now, for whatever reason, is not even close to normal. It’s not even close to what we’ve seen in previous years with previous vaccines.

“No one really knows, [what] is the truth. We spoke to one physician today who actively treats COVID patients. He described what we’re seeing now as the single deadliest mass-vaccination event in modern history.”

“Whatever is causing it, it is happening as we speak. So you’d think someone in authority might want to know what’s going on.”

Yet Jon Favreau, and other left-wing hacks just like him — pretty much the entirety of the Democrat Party and its liberal media sock puppets — continue to accuse Tucker Carlson of “using his show to spread anti-vax conspiracies.” And because no one else at Fox News will “speak up,” “people will die because of these lies [from Fox News].”

Who, exactly, are the liars, again?

It is sad that these that accuse ignore reality ... Russia, Russia, Russia meme was a conspiracy theory ... enacted by the dregs of the so called civilized world.

2 posted on 05/06/2021 8:25:11 PM PDT by Just mythoughts (Psalm 2. Why do the heathen rage, and the people imagine a vain thing?)
[ Post Reply | Private Reply | To 1 | View Replies]
To: Just mythoughts
It is sad that these that accuse ignore reality ... Russia, Russia, Russia meme was a conspiracy theory ... enacted by the dregs of the so called civilized world.

A couple cherry-pickings from the article.

Let them sink in.

One campaign implies that it could turn people into monkeys.

This builds on a longer, well-documented history of Russia-sponsored disinformation, presumably to destabilize the United States and other democratic countries. The administration of US President Joe Biden has warned Russian media groups to halt their anti-vaccine aggression

Many far-right extremist groups that spread false information about last year’s US presidential election are doing the same about vaccines.

This is the call for a totalitarian purge, using the full force of the US government, based on baldface lies.

They ALWAYS go back to the same playbook.

And now Biden is letting China have the intellectual property for the "vaccines" too.

With His Latest Decision, Biden Opens the Door for China to Grab the Intellectual Property Behind Virus Vaccines 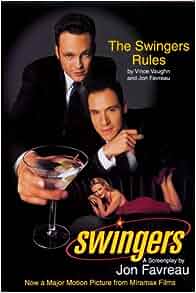 How does he have time to write speeches and continue to make movies like Iron Man 3?

Not the same Jon Favreau.

Anyone asked Favreau if he’s gotten the jab? 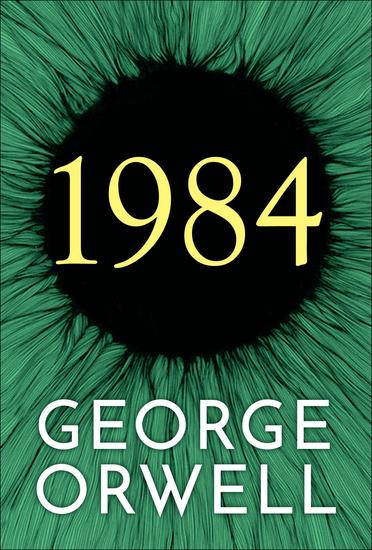 9 posted on 05/09/2021 6:18:17 PM PDT by SunkenCiv (Imagine an imaginary menagerie manager imagining managing an imaginary menagerie.)
[ Post Reply | Private Reply | View Replies]
To: Just mythoughts
Left-wing hacks are never embarrassed when they get caught lying; they simply lie some more before moving on to the next set of lies — which the tail-wagging lapdog liberal media eagerly continues to eat up like its last lying meal.

The writer knows his democrats well...