“Smartmatic was a little-known firm with no experience in voting technology before it was chosen by the Venezuelan authorities to replace the country’s elections machinery ahead of a contentious referendum that confirmed Mr. Chávez as president in August 2004.”

Smartmatic: Banana Republicans: So, the first Smartmatic machine was designed to cheat residents in a banana republic to keep a dangerous dictator in power. Smartmatic vote machines are owned and run by Geo Soros’ lieutenant Lord Mark Malloch Brown and Venezuelan computer engineer Antonio Mugica. This company then circled the globe, including America, selling Smartmatic vote systems. But a Filipina Senator wants to know, “how a foreign firm hounded by controversy won the bid to set up the national ID system of Philippines.” See UNBELIEVABLE: George Soros Employee Owns Defective Switch-Vote Biden Machines.

made in Venz, servers i europe, (insert dictators name here) would be proud 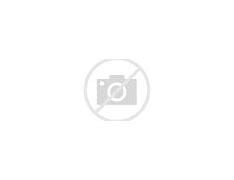 "Awright, awright. I owe you one."

Eeew.....is that Maduro, in the background of these two evil ones?

Yes. Here he is celebrating his Miss Venezuela victory. Presumably, Smartmatic machines were used in that contest as well.

According to Sidney....that’s where it all began....guaranteeing the election of Chavez, then Maduro....then, other dictators, across the world.

Obama “ it’s not who votes that counts, it’s the software”.

When Venezuela voted for Chavez I posted at the time that I believed it was stolen. This in spite of all the posts saying they got what they deserved by voting the way they did. In 2009 President Manuel Zelaya of Honduras tried to have an illegal election for a President for Life referendum . The vote was stopped and the machines that were to be used were seized. Sure enough the fix was in and, you guessed it, the machines were supplied by Venezuela.