Whenever You Discuss Certain Things With Animals You Get Insulted
MOTUS A.D. ^ | 9-10-20 | MOTUS

Following the death of George Floyd we’ve had months of rioting, looting, thuggery and terrorism. In over a dozen cities around the country police chiefs have been fired, retired or resigned.

Look at all these racist police chiefs; shocking! Abolish the racist pigs!

And so the demands to defund police continue, only one problem: real “folks” are having none of it – not even Al Sharpton (“Latte Liberals” want to defund NYPD, “but people living on the ground need proper policing”). The only people going along with the shuck and jive of the BLM these days are the usual suspects: the useful idiots conditioned by years of public school indoctrination. They parrot whatever they’re told and honestly believe that social workers are better at violent conflict resolution than armed police. No wonder the chiefs are resigning: how can you even respond to such idiocy?

Now it should be noted that the people behind all this mayhem, the BLM and ANTIFA organizers and leaders,  don’t really want to get rid of all police just…these police. What the peeps behind this nefarious fraud want is Obama’s police force, you know, “the civilian national security force”  that will help us achieve the “national security objectives we’ve set,” whatever the hell those are. 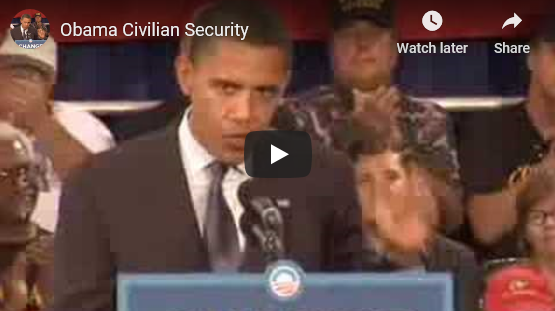 Obama first floated that trial balloon in Denver on July 2, 2008. But he got out a little too far ahead of his handlers’ narrative and had to walk it back immediately by ‘splainin that he was referring to a “volunteer network like the Peace Corp.” Right. 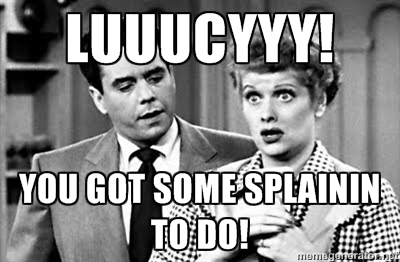 And don’t think he gave up on the idea. On March 2, 2015 Obama unveiled his National Law Enforcement plan following the outrage machine’s orchestrated riots in Ferguson, MO and Staten Island, NY in 2014.

“We need to seize that opportunity… this is something that I’m going to stay very focused on in the months to come,” Obama said, as he touted a new interim report from his Task Force on 21st Century Policing.  – NYT 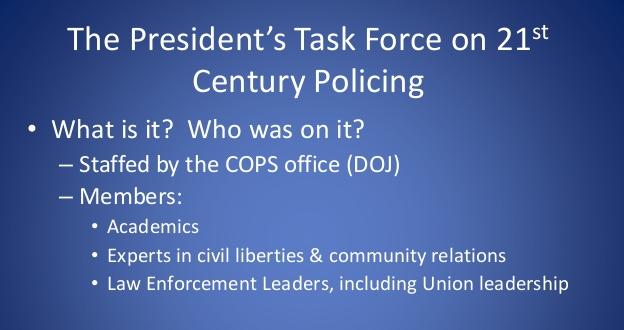 By all means, let’s get more ‘academics’ involved in policing

Obama also instructed his media allies to help federalize policing, and to sideline the critics of centralized policing rules. “I expect our friends in the media to really focus on what’s in this report and pay attention to it,” he instructed. – Daily Caller

What a shame; the media were quite prepared to do their part but Hillary, who was expected to implement this federal police force, lost….unexpectedly. Along with a host of other plans and policies to complete the transformation of America, federal police had to be put on hold. If only she had beat Trump; we wouldn’t have to endure this hellish summer. We’d already have that well trained, fully funded federal police force that could take over policing us in an even-handed, non-racist, non-biased manner.

Just like all every national police force ever assembled has.

I’ve posted dozens of times regarding Soetero and his civilian army. He’s done it and either I’m preaching to the choir or people think ? I don’t know what they think.

You left out the Ton Ton Macoup (if that’s how you spell it; freakin’ French spell everything nutso.

I see a zero percent chance that those six individuals were actually the best candidates available for the jobs they currently hold.

I see a one hundred percent chance that somebody (mayors, city councils...even, perhaps, voters) was able to virtue signal in each of those cases, and enjoyed that good feeling so much that they paid scant attention to how these individuals would deal with an actual crisis.

And I see that if Anfita/BLM actually wants to defund even these virtue-signaling police departments, their real goal is to replace them with Barack Obama’s blue-helmeted national police force - with themselves placed in key leadership roles.

Let’s not forget the aged retirement village clubhouse security guards, who snap at anyone under 60 who dares enter their domain or stay five minutes past closing time:
The Tone Tone Old Coots.