As soon as I saw this picture I thought of that song.

The pandering has gotten ridiculous. Over at The Conservative Treehouse Sundance also had a great take on this:

Today democrats took a knee in a great obsequious ceremony for all to see when they presented their bill basically meant to eviscerate police departments across the country. In essence, they pledged fealty.

democrats refused to condemn - or even acknowledge- the Antifa violence:

Every Democrat in the Senate has refused to acknowledge the violence caused by antifa throughout the protests and riots that have occurred since the death of George Floyd.

The Daily Caller contacted every Senate Democrat asking if they would consider legislation to label the group a terrorist organization. Each office was given over 24 hours to respond to the question. The group has been participating in riots since Floyd died while in police custody after an officer put his knee into the back of his neck for over eight minutes while he was handcuffed and on the ground.

demcorats cemented their allegiance to BLM and to Antifa when they refused to say whether they were in favor of defunding, disbanding or dismantling police departments:

WASHINGTON (Reuters) - U.S. Democrats have largely embraced the activists packing into streets nationwide to decry the killings of black men and women by law enforcement but so far express wariness at protesters’ calls to defund the police.

While they are clearly attuned to the cries of demonstrators from New York to Los Angeles, some top Democratic elected officials are proceeding cautiously with any suggestion they would slash police budgets to fund programs to address other social ills.

Senator Cory Booker said during an interview Sunday on NBC News that he understood the sentiment behind the “defund the police” push but would not use that phrase. A Black Lives Matter leader has declared war on the police and plans to release a blueprint for change that involves Black Panther style armed 'patrols' monitoring the behavior of officers on the streets, DailyMailTV can reveal.

Hawk Newsome, Chairman of BLM's Greater New York chapter, says the black rights group is 'mobilizing' its base and aims to develop a highly-trained 'military' arm to challenge police brutality head on.

Hawk is calling the shots now. Even at the NY Times and the Washington Post

See this scarf they're wearing? I had to say something about the American politicians shameless and ignorantly using the Kente fabric as a prop in their virtue signaling.

Andrea Mitchell laments that this anti-police rhetoric could be used against democrats in the fall:

No one needs to demonize democrats. They did that all on their own.

Sure it’s not the other way round?

Willing pawns. I doubt it. The democrats are so removed from reality they think BLM is unknowingly doing their bidding.

When they figure out BLM is using the democrats as an means to an end, it will be epic.

They own it. The party is run by wealthy Oligarchs.

Tucker Carlson pointed out that Black Lives Matter is a new political party - one that threatens to take a huge percentage of young voters away from the Democrats. The two entities are caucusing together right now (thus the kneeling by Pelosi, et al) but that won’t last long if Democrats suffer defeats in November.

Funny how this all escalated after Trump said he was going to label ANTIFA a terrorist group. So now the Black Lives Matter garbage is everywhere. So he goes after the supposedly “white” group and ignores the “black” group. This is the result.

The Demagogic Party is a group of rival street gangs.

What’s with those an African style scarves? Do they care how stupid they look with that pandering?

The wealthy oligarchs have private security, so they have no need for police.

The African scarves are called “kendas”.

Each kenda contains a “hidden message” coded in the color design.

The translation for the kendas worn by the Democrats in Congress:

BLM is a Marxist front. 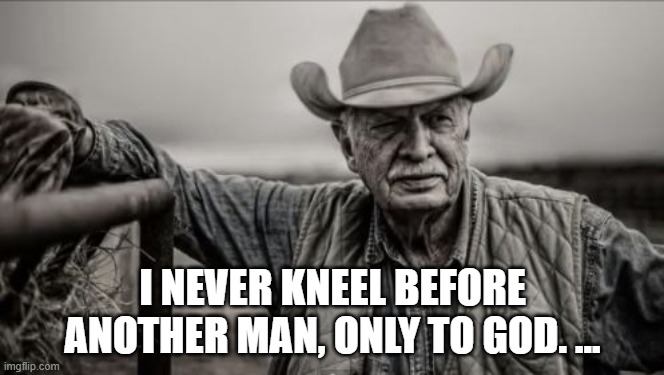 Found this on a liberal’s instagram. Looks like a manual of how to protest for Black Lives Matter

The he police do no protect you, They protect the government. The Supreme Court has already ruled on this. Gun up.

I’ve been wondering if even the people who run BLM are amazed about what they get away with.