This article starts off all right...

The White House is reportedly weighing options to dismiss Lt. Col. Alexander Vindman from the National Security Council (NSC) in an effort to shrink its foreign policy bureaucracy, a report said.

Bloomberg reported that the White House plans to frame it as part of an NSC staff downsizing, not a retaliation.

Then the article starts spinning for #The Resistance:

Vindman had drawn applause from spectators during his testimony before the House Intelligence Committee -- after expressing his love for America when asked how he overcame his fear of retaliation.

"Congressman, because this is America. This is the country I have served and defended, that all of my brothers have served. And here, right matters," Vindman said. "I knew I was assuming a lot of risk. [My father] deeply worried about [my testimony]. Because in his context, it was the ultimate risk."

So, you may be wondering: Which leftwing outfit is pumping out that weapons-grade spin? CNN? MSNBC?

The same network that just leaked an internal report from their "Brain Room" savaging their own contributor John Solomon and claiming there's nothing at all to his Ukraine reporting and that Joe Biden is totally innocent and framed by RUSSIANS.

Fox News' own research team has warned colleagues not to trust some of the network’s top commentators’ claims about Ukraine.

I very much assume that "has been obtained" means "was leaked to us from one of the leftwingers in the Fox brass."

Wow! Using all the same "disinformation" deplatforming pretexts as CNN.

The 162-page document, entitled "Ukraine, Disinformation, & the Trump Administration," was created by Fox News senior political affairs specialist Bryan S. Murphy, who produces research from what is known as the network's Brain Room--a newsroom division of researchers who provide information, data, and topic guides for the network's programming.

The research brief is especially critical of Solomon, a former opinion columnist at The Hill whose opinion pieces about Ukraine made unsubstantiated claims about its government interfering in the 2016 U.S. presidential election. Solomon’s pieces for The Hill fuelled Giuliani’s efforts to dig up dirt in Ukraine, which eventually helped lead to Trump's impeachment. Trump has also frequently cited Solomon reporting on Twitter in his own defense.

While Solomon is portrayed on Hannity’s show as a crusading investigative reporter, the Brain Room document accuses the contributor of taking part in a Ukrainian smear campaign. "John Solomon played an indispensable role in the collection and domestic publication of elements of this disinformation campaign," the Fox briefing book notes.

Here's the entire leaked Fox attack on Fox contributors, served up to allies in the openly liberal media.

I can't tell you all the things I know, but I can tell you, vaguely, that:

1) Journalists who have specific areas of subject-matter expertise, and who are therefore competent to make conclusions based on primary documents, are told that they are forbidden from reporting their own conclusions, because their conclusions, though both expert and, oh yeah, true, are a "conspiracy theory."

2) A high-profile journalist had important scoops about the general subject of the Russia hoax consigned to the website only, and were blocked from any mention on the air, due to the Fox News Division brass deciding that the thought that any suggestions that the FBI or Mueller were biased and corrupt were also a "conspiracy theory."

I know a lot of things. I know that FoxNews' culture is actually quite liberal, and even where it's borderline Republican, it's Paul Ryan bullshit.

And that's as conservative as it gets.

FoxNews can be made to Learn to Code too.

I challenge Brian Murphy to a debate on Fox on the lies he is spreading about us.

If he needs help maybe he can bring a few others. I’ll bring Joe or Vicky or John or all of them.

Fox owes us an opportunity to respond to this attack.

TOPICS:
KEYWORDS: alexandervindman; bloggers; burisma; ericciaramella; nsc; sidebarabuse; ukraine Navigation: use the links below to view more comments.
first 1-20, 21-40, 41 next last
Fox News has past its Sell by Date.
1 posted on 02/07/2020 9:27:39 AM PST by RightGeek
[ Post Reply | Private Reply | View Replies]
To: RightGeek

When you strike at a king, you must kill him. Unfortunately for Vindman, impeachment was a bust. He must now face the music.

Did he think he was auditioning for a big Hollywood movie?

Makes one wonder just how bad the damage caused by 8 years of the Kenyanesian Usurpation is on the US military.

Firing is not good enough. He must be severely punished...made an example of. Otherwise more will try in the future, if there is no downside to doing it.

If not now, it will NEVER happen.

I wonder if that is an impeachable offense? Screw the rat 🐀 bastards.

None of the participants of the Kenyanesian Usurpation will ever be prosecuted because BOTH parties cooperated to violate the Constitution.

THAT will be covered up at ANY cost. 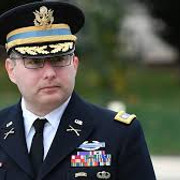 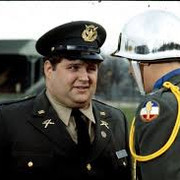 For those serving in our military, now or did in the past, we might have a lot of sleepless nights.

Bust him to private 3rd class and ship him out to Hong Kong.

As long as he passes the APFT without waivers, I don't care what he looks like.

I'm more concerned about what he did while in uniform.

Vindman should be made a weather observation officer in the Aleutian Islands.

With the national Fox and the vile local SF area Fox before and after the election ripping Trump and lying about him 24/7 every day:

We stopped watching both the National and local Fox fake news. So we watch zero news 24/7.

I do scan the Fox internet site for their summaries, which are not that bad.

He will drop his retirement papers and will have a cushy job with a Left Wing think tank within a month or two. His pay will go up significantly.

I have long maintained that the NSC has become little more than a rest area for intel bureaucrats between billets in the Pentagon, CIA, State Dept., etc.
............
The NSC is the premier leaking agency and is full of “cowboys” on their own program.

An Army Officer does not have a right to a job in the WH. No one does besides the elected President and Vice President.