Man called for Allah to use 'divine powers' to harm non-Muslims, investigators say

An airline mechanic described by federal prosecutors as a possible ‘ISIS supporter’ has pleaded guilty to sabotaging an American Airlines flight in Miami earlier this year.

Abdul-Majeed Marouf Ahmed Alani, 60, admits he attempted to destroy an airplane with 150 passengers on board as part of a plea agreement to avoid a potential 20-year prison sentence, according to the Miami Herald.

“I do admit the guilt,” Alani reportedly said through an Arabic interpreter in federal court.

Investigators discovered a number of troubling links between Alani and Islamic extremism.

“Prosecutors said Abdul-Majeed Marouf Ahmed Alani allegedly displayed support for ISIS by making statements about wishing Allah would use ‘divine powers’ to harm non-Muslims and sharing ISIS videos on his cellphone — which he allowed the FBI to search. One of the videos showed a person being shot in the head, according to prosecutors,” Fox News reported in September.

“Federal investigators said they also learned that Alani lied about taking a trip to Iraq in March to visit his brother and also sent $700 to someone in Iraq. Alani allegedly told an American Airlines co-worker in June his brother was kidnapped and became a member of the terrorist organization.”

Alani told agents he had an “evil side” during his arrest and claimed he intentionally disabled the aircraft’s navigation system because he was upset about “stalled union contract negotiations with the airline,” the Herald reports.

When investigators asked Alani if he would feel comfortable with his own family flying on a jet with a disabled navigation system, Alani said, “No.”

Alani now faces up to three years in prison, according to a joint recommendation by his defense lawyer and the U.S. Attorney’s Office.

Who in the world would hire such a person as an aircraft mechanic, anyway? I can just hear it: “It does not matter if I tighten the bolts. The plane will fly if Allah wills it.”

wouldn’t have offered an plea deal, this guy should have been tried and convicted and then placed in the aryan section of the prison.

“Abdul-Majeed Marouf Ahmed Alani, 60, admits he attempted to destroy an airplane with 150 passengers on board as part of a plea agreement to avoid a potential 20-year prison sentence, according to the Miami Herald.”

Wow, then why not reduce Richard Reid’s sentence to time served?

He should be facing a term of 20 minutes at the end of a rope.

“Alani now faces up to three years in prison, according to a joint recommendation by his defense lawyer...”

His defense lawyer? I assume provided at no charge by CAIR.

The death penalty is the appropriate sentence,

Why are we letting these murderous mtroglodytes-from-hell infiltrate our country, government, businesses, society, military etc?

I haven’t flown since this incident, and don’t plan on doing so anytime soon. 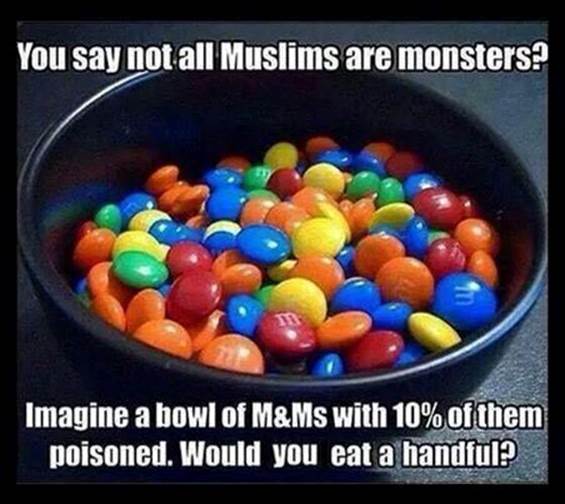 Look at it another way. Two million chicken nuggets are produced and shipped. A dozen of them in different locations are found with glass or plastic in them.
All two million are recalled by the factory.

Two million moslems are allowed into the USA. A dozen or more, in different locations will kill you...

This is trumps fault for creating so many damned jobs!

I am fine for short sentences for such crimes- short life sentences. 90 days to give enough time for an appeal.

Diversity is our strength. Prepare for thousands of other diversity candidates driving buses, trains, building bridges; anything that requires a sense of responsibility for the safety of the public.