The Defense Department is no longer moving forward with three border barrier projects in California and Arizona, according to a court filing Monday.

The move is a reversal of an earlier Pentagon authorization for about 20 miles of fencing, lighting and other border infrastructure that would have used $2.5 billion in funds redirected from a counter-drug fund. That authorization, announced Aug. 27, was based on what was then determined to be "lower-than-expected contract costs." But the Defense Department revealed in the Monday filing that the department would not be able to cover the costs of the project.

The Defense Department initially authorized the funding after the U.S. Army Corps of Engineers determined that it would likely be able to afford the projects using the counter-drug funds, but the Army Corps said it would not know the full financial situation until later in the fiscal year.

The Army Corps ultimately advised the department that the funds would not cover the project, prompting its withdrawal on Sept. 13, according to a document attached to the court filing.

The border projects are part of a larger effort by the Trump administration to use Pentagon funds to deliver on President Donald Trump's keystone campaign promise of a border wall. Earlier this year, the president demanded Congress come up with billions of dollars for a wall on the border with Mexico. After Congress declined that request and the government went into its longest shutdown in U.S. history, Trump declared a national emergency to divert defense funds toward border barriers.

Tapping into Pentagon funds for a border wall has prompted numerous legal challenges, including by the House, which argued it violated Congress' constitutional power of the purse. A judge later dismissed the House suit.

TOPICS: Business/Economy; Chit/Chat; Military/Veterans; Miscellaneous
KEYWORDS: antidefensetrolls; bordersecurity; cost; idiocracy; infiltration; pentagon; project; stupidparty; trumpwall; wall Navigation: use the links below to view more comments.
first 1-20, 21-24 next last
The Pentagon has money if they really want to do it. I am not buying this story, and think it is the Pentagon disobeying a direct order.
1 posted on 09/17/2019 3:48:57 PM PDT by Enlightened1
[ Post Reply | Private Reply | View Replies]
To: Enlightened1

Trump needs to fire some generals. That’s what zero did when he didn’t like Generals.

“...it is the Pentagon disobeying a direct order.”

It sure does seem that way, doesn’t it? Can you imagine making that determination by yourself and taking it public after all the summer fuss about using DOD funds to get the wall built?

Trump has been known to allow subordinates to run their mouths with little consequence, like ambassadors wanting to salute homosexuals on world pride day. I would like to see him make an example out of some who drag their feet on his projects.

His failure to fire dirtbags just emboldens the other resistors.

depends, could be an intentional play to declare the existing vendor too expensive so he can give it to fisher to build.

His failure to fire dirtbags just emboldens the other resistors.

Absolutely right. It is seen as weakness and only encourages others to follow suit.

Trump needs to fire a few people to serve as an example, but he seems oddly reluctant to do that. Like the old saying goes “you got to crack a few eggs if you want to make an omelet”. That is Management 101. And its absolutely necessary to do now and then to remove those who would challenge your authority and undermine you.

Why does the CiC (Trump) put up with this crap? Hell, he should divert a few billion from the CIA secret stash.

The anti-American left finds it so easy to divide and conquer from without and within, no matter how frequently the tactic is used. They watch with glee, as the right devours itself in front of their eyes. Meanwhile, the lawyers continue getting richer.

Do your part to elect conservatives into the House next time. Cut federal pork to the states. Much of it is used to keep families broken and drugs flowing anyway. The Clintons signed much of it into law (e.g., the VAWA). Use the money for defense including border projects, the way that it should be used.

Does anyone here...consider this is FAKE NEWS?

I just wonder if Trump will let this ride. 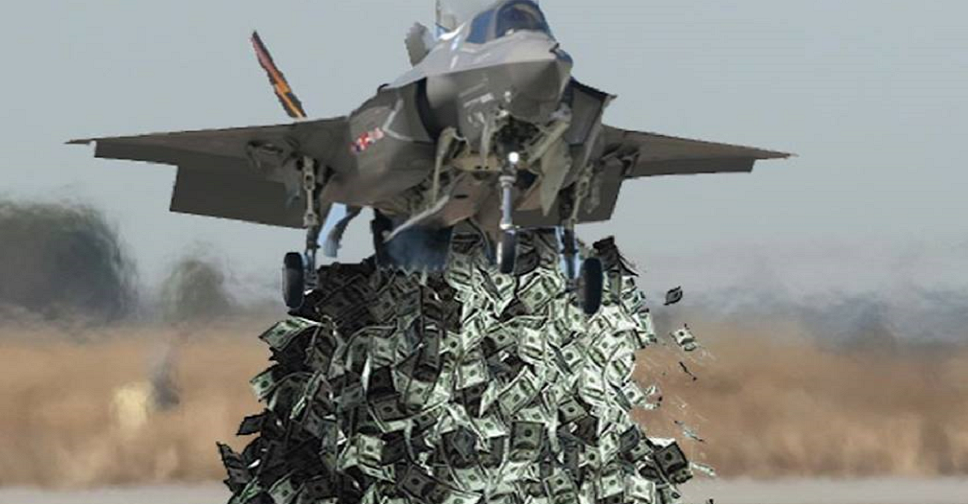 Screw that. Leave them there but reduced rank of Corporal

Immigrants Yes or No

Ball is in your court