Where our Sailors Rest
ArticleVBlog ^ | May 24th 2019 | Rodney Dodsworth

“If you ever want to sleep with a blonde again, you had better shoot down these bastards as soon as they come up” - a destroyer captain motivates his exhausted crew shortly before a kamikaze attack. The sea-battle toll for Okinawa, which ended on June 21st 1945, was 36 U.S. warships sunk and 368 damaged. Almost 5,000 sailors were KIA and another 5,000 wounded.

Too often forgotten are the Navy and merchant sailors felled at sea. It’s understandable; there are no battlefield memorials, no marked graves, no poppies, no flags. It’s still a shame. Few are the photo memoirs of engineering room slaughter-by-steam, of those blown overboard, of those who survived the battle only to die of burns, thirst, or sharks.

Some had proper burials. Did boot camp recruits know their Navy-issue hammocks did double duty as burial shrouds? I don’t know, but should your Memorial Day weekend find you on an Atlantic or Pacific beach, make a mental note to say a few words of thanks. 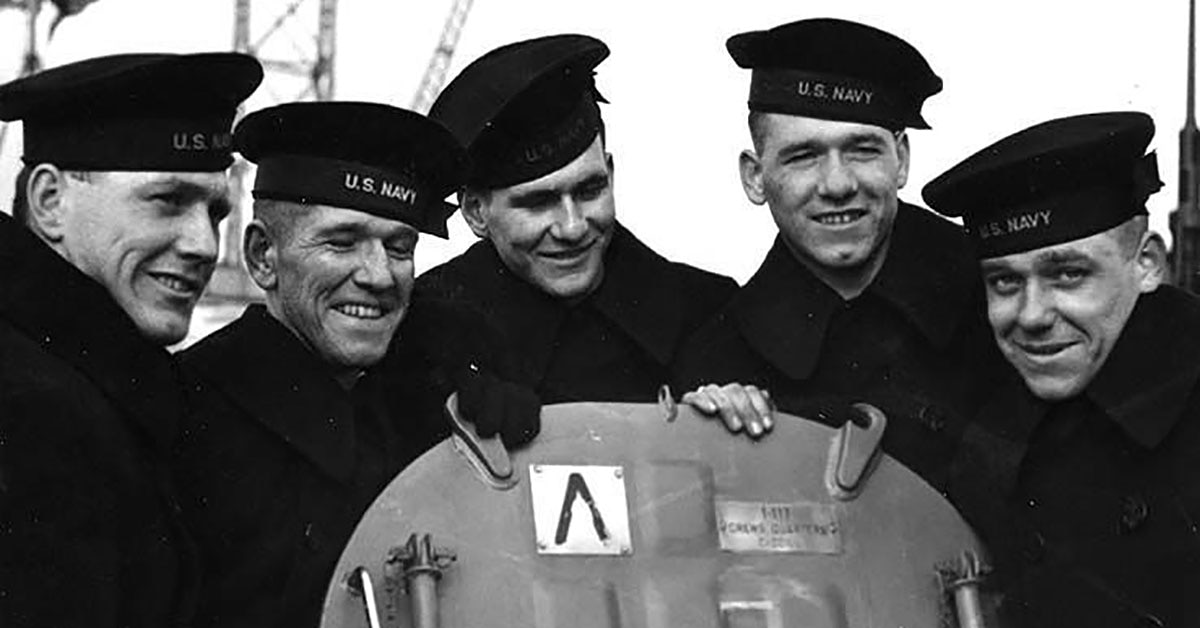 “Having served at sea in the USN, I doubt that the captain used the term “sleep with”.

Summer, 1955 and my ship was sailing through Okinawan waters, the crew just relaxing on the way to Hong Kong. Quietly 2 older guys, late twenties/early thirties, wearing their dress blues appeared. They walked to and stood by the starboard (right) life railings. It got very quiet.
Suddenly they snapped to ATTENTION and together saluted across the waters. 200 teen-age sailors wondered “What the H**l?” One kid asked a Chief, “What’s going on? Who are they saluting?”
The Chief’s voice, as always, carried across the decks, “They are saluting their old ship, a destroyer that is STILL on Picket Duty. You guys looking OUTWARD are wrong....you must look DOWN..’bout a half mile.”
Dead silence as a couple of hundred teen-age sailors stood to attention, facing starboard and saluting.

In 1960, USS Princeton discovered a US submarine that had been sunk in WWII. We couldn’t retrieve any bodies (too deep and too old), but we had a symbolic burial at sea, complete with rifle salute.

That’s how I’ll be buried.

Summer, 2001 - my Destroyer was sailing to Australia and along the way, whenever we were close to a lost US Navy ship or sub, our Ops Officer informed the crew about the specifics of the battle and we rendered honors.

I hope other ships are still doing this today. Thanks for sharing a great remembrance.

I did hear that the navy thinks Marine stands for:
My
A$$
Rides
In
Navy
Equimoment

Just damn. These stories still bring a tear or two to my eyes...

Wow! Me too! Just happens!

If buried on land, sailors
are gone but not besodden.