By their own admission they are coming here seeking higher pay, large flat TVs, a car. And free health care which is obviously much better in Cuba. In other words, the invaders want a raise.

For this president the enemy of the people were clearly not Jihad and the people who committed it in San Bernardino, Fort Hood, or Boston.

I heard on FOX that they are creating an armed civilian militia in Brownsville, TX.

Since our Government will not protect us then it is time for we the people to fight this criminal caravan. Invasion is obvious and time to tell Washington to go to hell. I was disappointed when Trump clarified and said the troops would not shoot the rock throwers. Bad stuff.

Should media be called public relations? 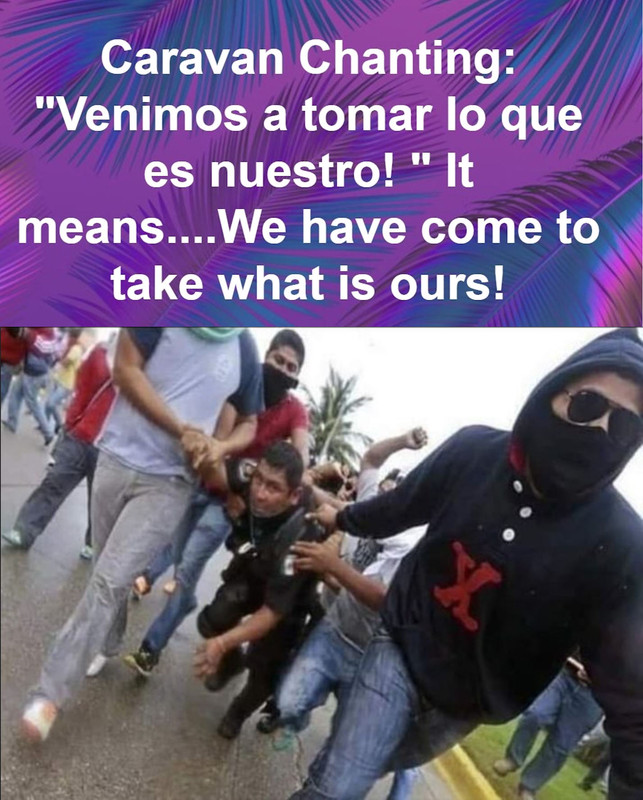 What's the latest on where the brunt of this peaceful "I just want to provide for my family" invasion will occur?

many participants fall in and out of the conga line along the way to show off for the cameras. It is nothing more than a communist organized assault on the USA using womwn and children as shields