What normally would be considered good news has instead become the Progressive Democratic Socialists of America Apocalyptic News of the Week: June Jobs Numbers Beat Expectations with 213,000 New Payroll Jobs. WE’RE ALL GOING TO DIE!

Of course San Fran Nan is an avid adherent of the innovative economic theory of the Amazing Money Velocity of the Unemployment Dollar:

“For every dollar spent on unemployment benefits, the economy grows by, according to one estimate, $1.52; by others, $2. So somewhere in that range, but much more than is spent on it." - Pelosi, December, 2013

So you couldn’t expect her to appreciate people becoming economically self-reliant the old fashioned way. And Democratic Party Chair Tom Perez couldn’t wait to double down on Nancy’s stupid:

“With slow wage growth, rising health care premiums, and skyrocketing gas prices across the country, Donald Trump’s reckless policies are hurting millions of hardworking families…“Trump and Republicans in Congress are trying to build a winner-take-all economy that enriches their wealthy friends and saddles working families with the bill. Democrats want to create good-paying jobs and build an economy that works for everyone.”

I’m so old I remember when rising health care premiums and skyrocketing gas prices were considered a good thing by the Democrats. 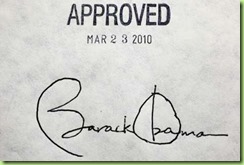 “I’m Barack Obama, and I approve this message.”

Nan and Tom, lacking even a basic understanding of how such basic economic principles such as supply and demand work, can’t be blamed for not realizing that higher demand for labor might result in higher and faster growing wages. However, if we keep our porous borders open to welcome illegal immigrants who will work for the wages Americans won’t, that will not happen – so let’s do that!

Of course if we build a wall and shut down that flow we would even entice some of the millions of working age people currently sitting on their butts (mostly men – am I allowed to note that?) back into the work force. 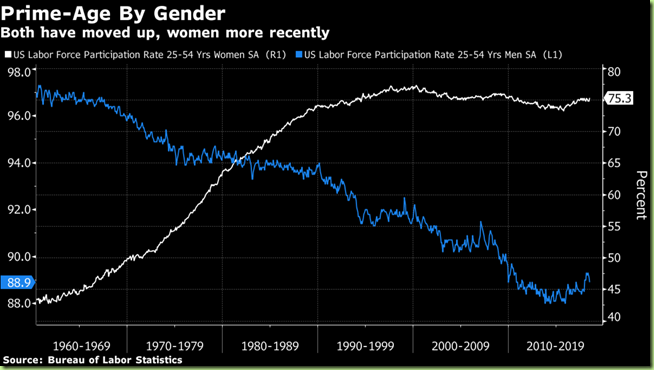 Although I suspect that would be a bad thing too, given it’s Trump; and given the velocity of the welfare dollar and all.

PeeLousie is cluelessly insane.
She should be forced to Samoa to live forever amongst her slave labor.

Perez: Democrats want to create good-paying jobs and build an economy that works for everyone.

Yep. Got to get everyone flipin’ burgers higher wages, they continue to regulate and tax manufacturing into oblivion.

I keep explaining to my son’s that only reason these scum want a higher minimum wage is so they can get more tax revenue. They don’t give a crap about people and their freedom.

Yeah, and your idol bammy brought the economy to a halt, raised taxes, brought in America-haters, and gave our money to m*slims who hate us, all the while getting rich.

That would make sense and be logical if the shenanigans by all politicians in DC and elsewhere was a LACK OF REVENUE - but that’s not the case. They’ve always had TOO MUCH money to throw away. They’ve never been put on a diet and definitely should be.

You statement is based on the premise that democrats understand the concept of people keeping their own money. They believe that all monies belong to the state. There is no such thing as spending too much to them. “”There is no such thing as spending too much to them””

Which is not what my reply was about. You said that the pols want MORE TAX REVENUE so they can spend more and I said there has never been a SHORTAGE OF MONEY TO SPEND! They have always spent money like drunken Indians - sorry Senator Warren.

We all know they want to spend, spend, spend. If there ever had been a shortage of $$$, we’d have seen some changes made but that alas has never happened - except possibly for the war effort in WWII but that was out of necessity to get men and materiel to the front! We had shortages of goods at home and THAT was our contribution to the war effort.

I’m sure there are plenty of FReepers who remember the ration stamps. My family were farmers so we weren’t hurt as much as others were. Gas wasn’t rationed for farm equipment, we raised our own food..had stamps for sugar and shoes. Each member of the family had their own ration book. I still have one..

Can’t help but wonder just much tax revenue did go down when all the working men went off to war.