TRUMP ECONOMY ON FIRE: Unemployment now 3.8% (Jobless rate at 18 year low!), and so much more of that 3 letter word: JOBS! JOBS! JOBS! (h/t Joe Biden). Everything Beating Expectations! Naturally, Barry takes credit: “I've got the economy set up well for him,” Obama said, according to Ben Rhodes upcoming book. 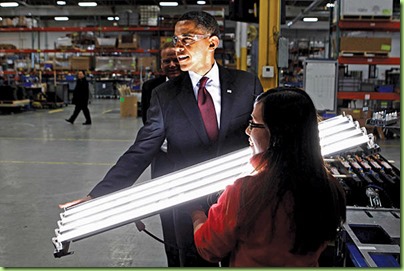 The Lightbringer, setting up the economy for Trump, one subsidized lightbulb at a time

Funny, I don’t recall the Obama economic plan implementing any de-regulation initiatives. Or championing and passing a yuge income tax reduction  – both of which actually stimulated an economy that had languished for the previous 8 years.

In fact, I don’t remember any part of Obama’s economic plan beyond extended unemployment benefits and increased food stamps.  Oh, and the Stimulus Gigundulus  of course - the largest transfer payment plan in the nation’s history: taking billions of taxpayer dollars and giving them to crony capitalists in various favored business sectors. 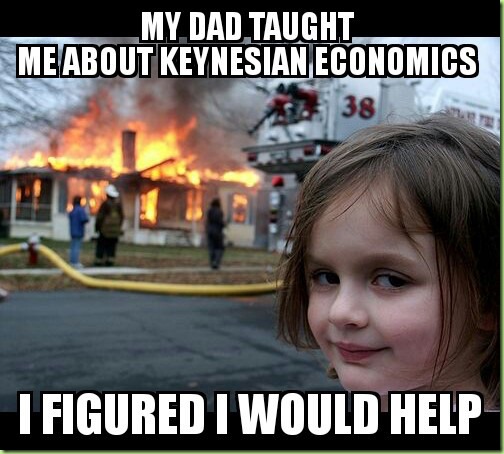 that created the slowest economic recovery since the Great Depression (even with the aid of a zero percent interest rate artificially maintained to gin up the economy); or as Obamaphiles like to refer to it “the fourth longest expansion in U.S. history.”

Obama ended his 8 year reign ranked thirteenth out of 13 presidents in terms of economic growth: and several of them only had 4 years to play with. So I guess you could say Obama set the economy up well for Trump: there was no way to go but up. 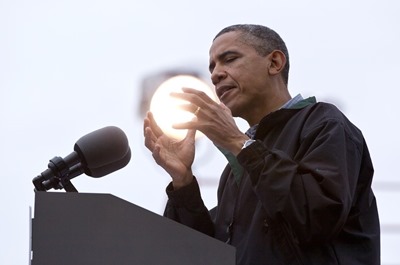 Ya know how when someone opens the pickle jar that had defeated your own attempts and you kiddingly say ‘Well...I loosened it’? Well Bozo wouldn’t be kidding in that situation. That’s how sad this life-long loser is.

The economy tanks as soon as people realize that a full blown red diaper baby is going to win the election and eight years later the economy springs forward as soon as a billionaire takes the reigns.

I'm imagining someone who has been holding a pillow over the face of his intended victim and then congratulating himself over how deeply the victim is now inhaling as he is pulled away.

Weren’t there some quarters during the Obama nightmare that economic growth was actually ‘negative’?

Sorry, Obama was never so high and was pretty much pre-fallen into evil long ago.

The only ‘shovel-ready’ job he created was his own, and he shoveled his Leftist Sh*t out to the American Public for 8+ years (and continues even now).

But don’t worry, the HillaryGate investigations will implicate him and be sending him to Prison soon (so his ‘fall’ is only just beginning — Conspiracy to Commit Treason (active coverup) IS Treason)

“I’m imagining someone who has been holding a pillow over the face of his intended victim and then congratulating himself over how deeply the victim is now inhaling as he is pulled away.”

Great analogy - I’ll be using it!

Actually Bozo does deserve some credit. He had crushed the US economy to the point where it could only improve. Once the Jackboot was removed from the neck; though it was a herculean effort by the President to roll back taxes, regulations, the EPA, etc....