Q: What ever happened to “live and let live?”

Britain's butchers say they're "living in fear" after a spate of violent attacks they say were committed by militant vegans who are unhappy with their meat-based businesses. – DW

Now I have nothing against vegetarians or vegans, but you have to admit, there’s something funny about the phrase “militant vegans.” 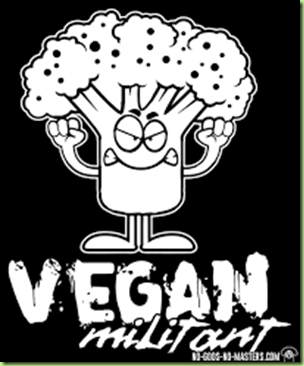 Although, there was Nasim Aghdam who went on a rampage when she thought YouTube censored her vegan videos:

The woman responsible for wounding three people at YouTube headquarters Tuesday was a vegan activist angered by policy changes that hampered her ability to profit from the videos she posted on the platform.

Nasim Aghdam, a 38-year-old San Diego resident who frequently made videos focused on the evils of meat consumption, accused YouTube of discrimination and arbitrary censorship in multiple posts on her personal website and social-media accounts.

“Youtube [sic] filtered my channels to keep them from getting views!” Aghdam wrote on her website. “There is no free speech in real world & you will be suppressed for telling the truth that is not supported by the system. – National Review

She’s certainly right about that last part, but I never realized that “the system” was opposed to vegans; I thought content suppression was reserved for conservatives.

But apparently vegans in Britain have decided to take matters into their own hands and fight “violence” with violence:

Small businesses, like Marlow Butchers in the town of Kent, have been vandalized with red paint. Other butchers say vegan activists have threatened to burn down their homes. Farmers who cultivate livestock for slaughter say they've been threatened, and even truck drivers who haul live animals to meat processing plants have had their windshields cracked by marauding groups of animal rights activists clad in black face masks. – DW

Those crazy Brits. They lock people up for covering a Muslim pedophilia grooming trial rather than rapists and threaten to kill farmers and butchers for killing animals for food.

What happened to the Great Leftist Mantra of the ages: “my body, my choice?”

I guess that only applies if you make a choice they approve of. 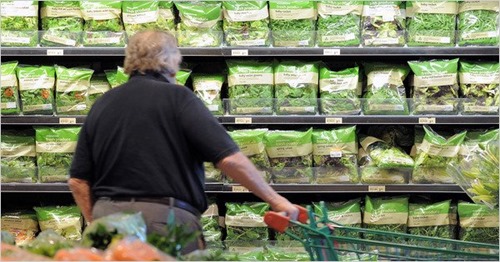 I guess I’ll have lettuce tonight.

there’s something funny about the phrase “militant vegans.”


I also thought it was comical to talk about “moderate rebels” in Syria.

He’s a militant vegan:
see him with his sign held high.
See him impress you with how loud he can shout,
and how convincingly he can cry.

He’s a militant vegan:
sexy in his glassy stare.
He can’t accept that you don’t agree with him-
thinks only HE understands or cares.

He’s a militant vegan:
see him marching in his silk shirt and UGGs.
See him treating his bipolar depression,
with the latest in animal-tested drugs.

He’s a militant vegan.
He’ll say a hamburger is the Holocaust,
a hot dog is World War III,
and milk in your coffee is the butterbox babies.

He’ll say a sore-throat honey-drop lozenge,
is the Great Granddaddy of stolen products,
and will cause another earthquake in Haiti.

He’s a militant vegan.
See him suckin’ on the dry titties
of Ingrid Newkirk:

He’s a militant vegan.
He thinks that activists get all the p*ssy,
though swallowing is something
that they’ll always avoid.

See him killing all his bacteria,
every time he takes a shower,
and denying rightful homes
to scabies and lice.

No tapeworms or roundworms,
nestling in his protein-starved bowels,
and mercilessly killing off every virus,
on his doctor’s advice.

He’s a militant vegan.
He thinks if you eat a Big Mac,
you deserve to be run over by a bus-

‘cause after all,
what the world really needs,
is lots more
enlightened folks like us.

See him eating bread and cookies,
made from grain that was stolen,
from the birds, the insects,
the mice and the rats-

and which has been the case for a thousand years:
ever since we domesticated
those damnable, invasive,
rodent and songbird holocaust-causing cats.

He’s a militant vegan-
see him living past the age of thirty-five,
because his forefathers had the nerve
to enslave dogs.

See him reach adulthood
without dying of preventable disease,
because of a vaccine
that was developed from cowpox.

See him internalise the self-assurance,
that he’s always morally-superior to you-
‘cause you’re a ‘pathetic, wannabe predator,
who’s choosing to be cruel’.

And he thinks you should be eaten
by a tiger or jaguar,
or meet a grizzly bear,
and have all your bones busted.

In his expert opinion,
you’d be getting exactly what you deserved:
the very definition
of poetic justice.

He’s a militant vegan:
a Kung-Fu master of argumentum ad nauseum,
argumentum ad hominem,
and last but not least, multiple variations of ad-hoc-

‘cause there’s just NO REASON
for ANYONE to eat meat
unless you happen to be
a RAGING PSYCHOTIC!!!’

He’s a militant vegan-
with a multitude of pronouncements,
that in the very end,
really aren’t saying all that much.

Fa-fa-fa-far better
qu’est-ce que c’est,
in his Ivory Tower,
so out of touch.

He’s a militant vegan-
impressively armed
with a white-hot, burning certainty,
and being at the age,
where he still knows everything,

and the poisonous, even MURDEROUS
frustration over the inescapable fact,
that no one else
is understanding.

‘What the HELL is wrong with you,
that you can’t see something
so obvious to me?!?

‘Now I understand
why my parents’ generation said
to never trust
anyone over thirty!

‘Because every carnist
instinctively KNOWS I’m right-
they’re just going along,
with the age-old plan,

of becoming so-called ‘adults’
that have forgotten how to feel,
after they’ve sold their morals
and ethics to THE MAN.’

He’s a militant vegan-
blissfully unaware of the words of Bertrand Russell,
and would probably never understand
just what they were all about:

‘Fools and Fanatics
are always so sure of themselves,
but wiser folks
so full of doubt.’

He’s a militant vegan,
who believes philosophical agreement
can never be anything less than total,
and you must always support the ‘correct’ faction;

and who could never understand,
the far more obvious illustration,
that he’s the very embodiment
of the Dunning-Kruger effect in action.