The FBI and CIA thumbed the eye of an armed nuclear state based on false intelligence.  Why?

The answer is now obvious: to cover up their own election year shenanigans they thought would remain forever hidden in the inevitable Hillary Clinton victory.

It was the ultimate campaign dirty trick: a joint operation by the intelligence agencies and the media against a political candidate.  - How the FBI and CIA Restarted the Cold War to Protect Themselves

Now, two years into the ginned-up investigation of Russiagate, there has been “not one smidgeon of corruption” to be found. In fact, not a smidgeon of corruption, collusion or obstruction - at least not on Trump’s team. The same cannot be said of the FBI/DOJ/Democratic Party, as disturbing facts continue to emerge. But when PDJT demanded an investigation of these unlawful acts:

Democrats, including a former CIA director, warned he was creating a constitutional crisis:

It may have been the shortest crisis on record as the FBI almost immediately capitulated:

And Judicial Watch speculates that John Brennan may have good reason to obstruct such an investigation.

So for the crowd that has operated on nothing but Russiagate and "we hate Trump" may I suggest you stock up on your drug of choice, some light reading materials, a lot of sunscreen and head to the beach.  It’s going to be a long, hot summer. Oh, and soap-on-a-rope. 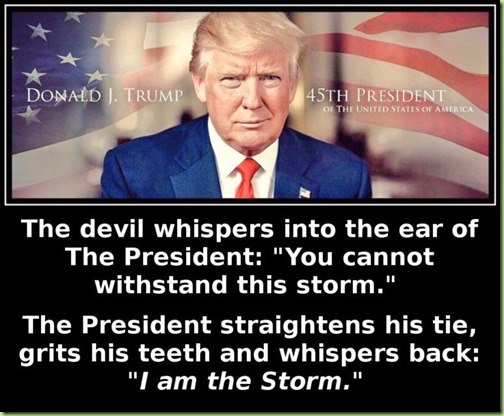 Is Podoretz questioning the naysayers who are saying the investigation into spying is illegitimate, or saying that its legitimate to spy on Trumps campaign?

This is very, very good. It is the anti-Watergate that we have needed as a nation for 50 years.

It should break the Mediacracy.

3 posted on 05/21/2018 5:36:43 AM PDT by marktwain (President Trump and his supporters are the Resistance. His opponents are the Reactionaries.)
[ Post Reply | Private Reply | To 1 | View Replies]
To: AdmSmith; AnonymousConservative; Berosus; Bockscar; cardinal4; ColdOne; Convert from ECUSA; ...

Thanks NOBO2012. Amd I plan to swipe that graphic.