I’ve got to cut and run, as the road is calling. But in case you missed it I’d highly recommend Clarice’s Pieces from yesterday: Judge Ellis Wants to See Mueller's Hunting License.

For some reason it reminded me of John “Can I get me a hunting license here?” Kerry. 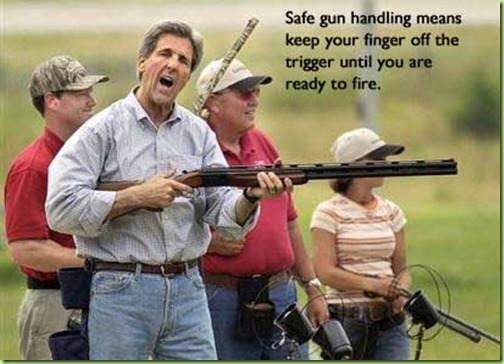 John Kerry’s hunting license has long since been revoked but that doesn’t seem to stop him from roaming the fields, looking to bag himself another medal of valor for consorting with the enemy.

As Fox News reported, Kerry is actively engaged in “shadow diplomacy” in an attempt to preserve the Iran nuclear deal, to which he feels attached.

Specifically, “Kerry sat down twice with Iranian Foreign Minister Javad Zarif in recent months to strategize in a bid to save the deal, as part of what the Globe described as ‘an aggressive yet stealthy’ mission to put pressure on the Trump administration …”

For his own purposes and to preserve his own unelected, unappointed, and unauthorized political agenda, Mr. Kerry will probably continue chasing the Nobel Prize he never got, so badly wanted and still feels he deserves – all for that horrific Iran deal.

All I can say is thank you, Jean Carré, for providing me another opportunity to post my favorite separated-at-birth picture: 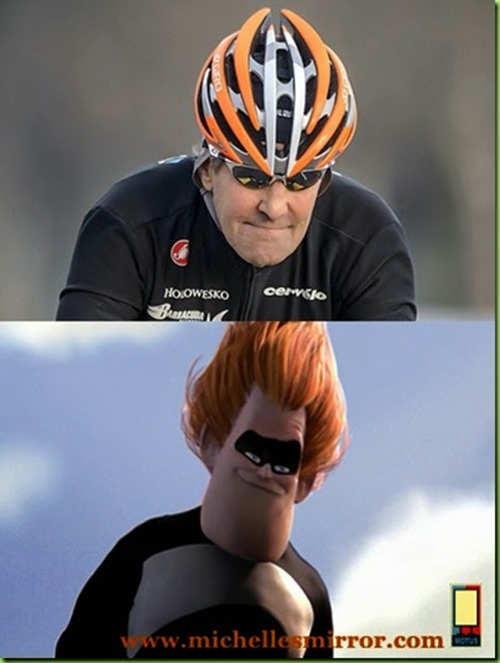 Jean Carré and Buddy Pine, aka “Syndrome” villain super hero from The Incredibles.

That’s it, I’m out of here. Have a good day everyone.

Leopards don’t change their spots. Once a traitor always a traitor.

Wonder if the Mullahs are paying him lobbyist fees. If he gets so much as a free cup of coffee he should go to jail. Real jail , with real men. One hr a day in the yard.

this marshmallo would crack in 24 hrs.

That someone with an Iranian son-in-law was allowed to work on this POS “treaty” at all is ridiculous.

Phonied up his Vietnam record, repeatedly gave aid and comfort to the enemy afterward, probably received an other-than-honorable discharge from the Navy, yet was never prosecuted for treason. If Trump had an AG with b@lls, this traitor would already have been arrested for his illegal activities with Iran Islamist shills.