Trampling the Constitution because it isn’t ‘woke’ enough has turned into a daily work out for Progressives. I think it’s cute that they profess to believe in the principles of both the First and Second Amendment while spending a great deal of time and effort to violate and destroy them.

The assault on the Second Amendment has been so well documented and become so ingrained in the sheeple brain that little towns across America feel empowered to virtue signal their disdain by passing illegal legislative bans:

Deerfield residents with assault weapons may sell them, hand them over to police or move them out of the village within 60 days of the ordinance going into effect. There are exceptions for law enforcement officers and members of the military.

The ordinance imposes fines of $1000 a day for each item of contraband without a grandfathering clause or compensation plan for the loss of property; how is that not also a violation of the Fourth Amendment? 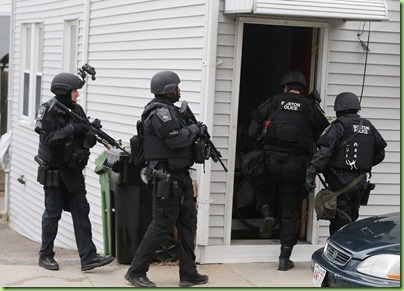 When it comes to the First Amendment the Left is even more adamant that they are the Great Believers. But their idea of freedom of speech applies exclusively to the type of speech they find  to be both appropriate and inoffensive (to them). Hence we have the era of political correct speech, the “de-platforming” of conservative voices on campus and the firing of people like Brendan Eich at Mozilla and James Damore at Google who do not reflect the approved position on social issues. Consider the recent firing of Kevin Williamson, a token conservative voice, from The Atlantic after just one week on the job for his views on abortion, and the way he chose to express them. To be clear, in Progressive First Amendment World if you hold opinions or views contrary to the prevailing Progressive zeitgeist you WILL be silenced.

This story is a predictable continuation of the left’s ownership not just of media but indeed of all institutions. It is depressing. It is predictable. And it is where we are as a country now. It is not confined to the realm of ideas. Eich, Damore, Williamson and others are subject to blacklists and HR reports and firing in every arena of industry and culture. If you have wrongthink, you will not be allowed for long to make your living within any space the left has determined they own – first the academy, then the media, then corporate America, and now the public square. You will bake the cake, you will use the proper pronoun, and you will never say that what Planned Parenthood does is murder for hire, and should be punished as such under the law.

He also points out that the case for such censure was made by neo-Marxists from the Frankfort School such as Herbert Marcuse way back in the mid-20th century; and we all know that the Left never gives up, they just keep chipping away. The rationale is laid out here:

Marcuse argued that, because of the radical repressiveness of Western society, a tolerance for all viewpoints actually contributed to social oppression. A pervasive network of assumptions and biases implicitly privileges the viewpoint of the powerful, so that seemingly “equal” presentations of opposite opinions actually end up benefiting the viewpoint of the powerful… Because of social programming, the inhabitants of a given society automatically favor certain values. The ideological playing field’s lack of levelness means that seemingly equal presentations of ideas are not really equal. 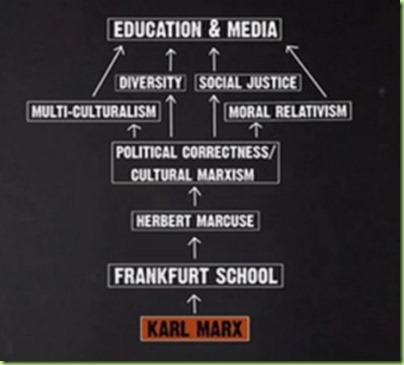 In the light of this situation, Marcuse made a rather cunning inversion (one that has been aped countless times since by cultural organs across the United States): The fact that society is so radically unequal means that we should be intolerant and repressive in the name of tolerance and liberty. He rejected what he termed “indiscriminate tolerance” — a tolerance that accepts all viewpoints — in favor of “liberating tolerance” or “discriminating tolerance.” Unlike many of his disciples, Marcuse was frank about what this intolerance would mean: “Liberating tolerance, then, would mean intolerance against movements from the Right and toleration of movements from the Left.

So now you know where this whole idea of “privilege” - white, male, CIS, Christian, etc. – comes from: the Frankfort School of Cultural Marxism.  And if the Left gets its way your privileged intolerance will no longer be tolerated. Got it? 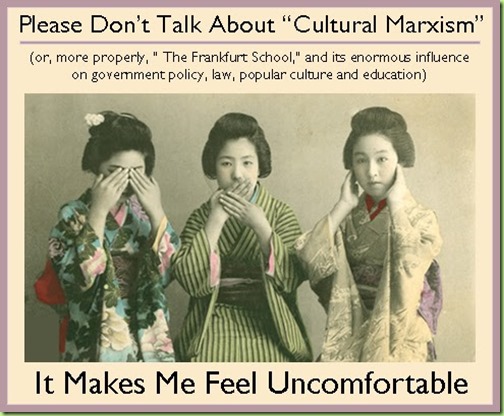 Oh, and in case you need a flowchart: 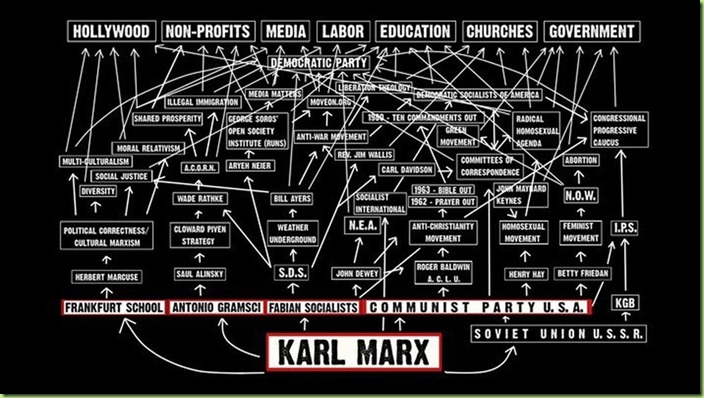 Fascism is what they both practice and accuse others of promoting. Liberalism demands total suppression of a functioning intellect.

Next is re-education camps.

"The ordinance imposes fines of $1000 a day for each item of contraband without a grandfathering clause or compensation plan for the loss of property; how is that not also a violation of the Fourth Amendment?"

Patriots are reminded that the congressional record shows the following about the 2nd and 4th Amendments in conjunction with the 14th Amendment (14A).

When Rep. John Bingham, the main author of Section 1 of 14A, volunteered examples of the express constitutional personal protections that 14A applied to the states, he read the Bill of Rights, including the 2nd and 4th Amendments.

See the 2nd and 4th Amendments in Bingham's discussion.

Patriots are also reminded that regardless that the states have given Congress the express 14th Amendment power to make punitive laws that discourage state actors from abridging constitutionally enumerated protections, we still have the following major problem.

We’re still stuck with a corrupt, post-17th Amendment (17A) ratification Congress left over from the lawless Obama Administration, a Congress that not only has a track record for wrongly remaining silent while state actors abridge constitutionally enumerated rights, but will predictably continue to ignore such abuse.

The remedy for these problems …

It is entirely up to us patriots to finish the job that we started when we elected Trump president.

More specifically, patriots now need to be making sure the there are plenty of Trump-supporting patriot candidates on the 2018 primary ballots, candidates who will be willing to make punitive laws to discourage state actors from abridging constitutionally enumerated protections, and pink-slip career lawmakers by sending patriot candidate lawmakers to DC on election day.

And until the states wake up and repeal 17A, as evidenced by concerns about the integrity of the outcome of Alabama's and Pennsylvania's special elections, patriot candidates need to win elections by a large enough margin to compensate for possible deep state ballot box fraud and associated MSM scare tactics.