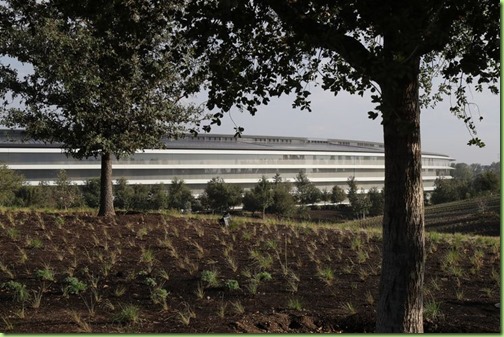 it is esthetically very pleasing both externally, 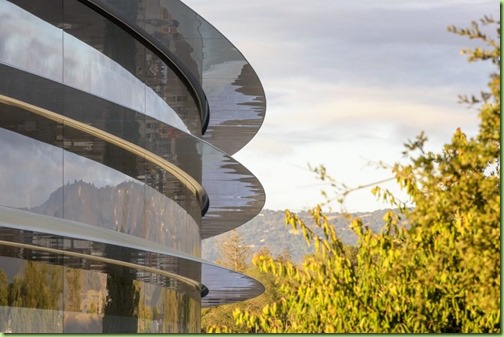 But like most Apple design-obsessed products that are wrapped in a beautiful package, there are a few operational flaws that need to be worked out. Specifically, employees keep walking into the massive internal safety glass walls that are everywhere. 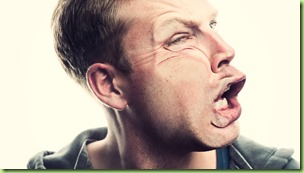 The entire project was designed by the British architectural firm Foster + Partners in conjunction with Apple’s own design chief Jony Ive – who is responsible for the design of virtually all of the company’s iconic products.

Ive joined Apple half a lifetime ago, in his mid-20s, when the company was at the brink of death. One of his early designs, the candy-colored iMac, was rejected by executives. Ive stashed it away until Jobs returned to the company in 1997, after a 12-year hiatus; it became an instant point of connection between the two men and was put into production soon thereafter. Ive is now revered in the design world and the technology industry for having made every Apple product since—iPod, iPhone, iPad and on and on… – WSJ

The final product, with a flying-saucer-esque design, has been dubbed “the spaceship” and is intended as a monument to Apple’s innovation – this time with respect to workplace design.

“While it is a technical marvel to make glass at this scale, that’s not the achievement. The achievement is to make a building where so many people can connect and collaborate and walk and talk,” Ive told Wired in May. “As with Apple’s products, Jobs wanted no seam, gap or paintbrush stroke showing; every wall, floor, and even ceiling is to be polished to a supernatural smoothness.

People bouncing off that “supernatural smoothness” was not part of that plan. Never-the-less, you have to admit it’s pretty funny that the world headquarters of the anti-Windows™ architecture company is having trouble with…their windows. Talk about the jokes writing themselves:

“There’s nothing wrong with the design, you’re walking wrong.”

And the patriarchy is also bound to come under fire:

“Forget the glass ceiling honey, first you’ll have to break through the walls.” 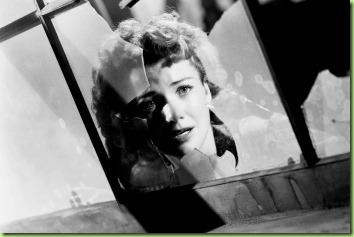 Employees started putting Post-its on the glass walls to mark them for other unsuspecting employees but they were reportedly removed “because they detracted from the building’s design.” Odd, you would think that even a British architectural firm and Apple’s chief design engineer would have known that “California laws require employees to be ‘protected against the hazard of walking through glass by barriers or by conspicuous durable markings.’” They’re going to have to find some way to mark those workplace hazards that doesn’t “detract from the building’s design.” Might I humbly suggest one of my own favorite Mirror tricks - Glass Wax: 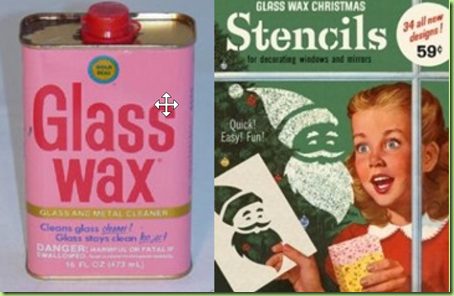 Off course they could make their own custom designed stencils: 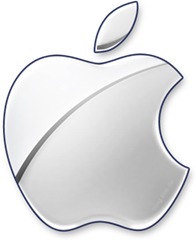 Alternatively I suppose they could just develop an app that will tell you when you are approaching a clear glass surface:

So let’s summarize: people who live in glass houses should show phones. Or at least phone logos. 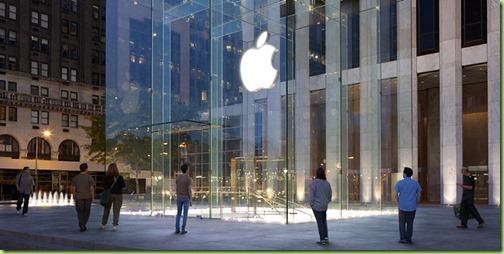 Yes, that should do it.

Just put frosted markings on the glass. It’s really not that hard. If you wanted to spend lots of money to keep it clear all the way through. Add track lighting to wash the glass. You would then see the reflection as you got close.

The glass should be beautifully etched; Perhaps with baskets full of apples, or Johnny Appleseed relaxing under the apple trees or Issac Newton with apple in hand (it is science, after all). Knock yourself out!

Are the bathroom walls clear as well ?

That same question crossed the mind, as well!

The irony here is very amusing. I assume that this is a problem largely from people at Apple walking around paying closer attention to their phones and tablets than their surroundings. The National Safety Council added “distracted walking” as a “new” major cause of injuries. Here is a webpage from the American Academy of Orthopaedic Surgeons devoted to discouraging people from walking off of curbs, falling down stairs, and walking into windows while playing with their electronic devices.

Sorry here is the link:

From the webpage “Those who texted were four times more likely to display at least one “unsafe crossing behavior,” such as ignoring traffic signals or failing to look both ways.” This has contributed to a recent increase in people being run over by motor vehicles and trains.