My only love sprung from my only hate!
Too early seen unknown, and known too late! - Romeo and Juliet: Act I, scene V

The truth is out there but you’ll have to ferret it out on you own. The Left is too busy using the tragedy in Parkland to woo voters, raise money and castigate their opponents again as knuckle-dragging Neanderthals hauling 21st century “assault” weapons around.

Among the whoppers that have already been debunked: 1. that Nikolas Cruz was a white nationalist, 2. this was the 18th school shooting in the U.S. this year – a claim so bogus it deserves the WaPo’s full 4 Pinocchio rating.

Meanwhile, over on the Russian Front, Mueller’s  “13 Russians indicted for election meddling” certainly isn’t the story the Left was hoping for. And despite assurances that “there is no allegation in the indictment that any American was a knowing participant in the alleged unlawful activity,” (I guess that lets the media off the hook) don’t expect the Left to abandon their belief - and hope - that Trump was behind this heinous “Russian Collusion” that “didn’t effect the election.”

Consider it their own personal triumph of hope over fate; they are congenitally incapable of admitting they are wrong. Especially when it comes to Trump’s victory over their Chosen One, Clinton. All of which brings to mind Samuel Johnson’s astute observation on the human spirit: 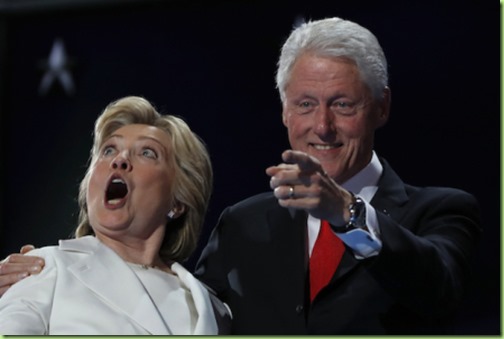 Advice to my friends on the Left: vet your own candidate a little better instead of lying about ours. The truth is out there and we are hell-bent this time around to expose it.

If circumstances lead me, I will find where truth is hid, though it were hid indeed within the centre. – Hamlet: Act 2, scene 2

damn, that picture of Hillary is a riot...

If he hadn’t of been adopted, he’d be Cruznadian.