I thought I had it all figured out: self-driving cars are being developed to enable the entire population to be stoned and still arrive at their jobs, assuming they have a job, safely.

In the interim, a fierce PR campaign has been conducted via the media echo chamber to ensure everyone that legal pot is having absolutely no negative effect on vehicular accidents in order to continue our progressive march towards the Brave New World.

“Public safety doesn’t decrease with increased access to marijuana, rather it improves,” Benjamin Hansen, one of the authors of the previous study, said in an email. Hansen, an economics professor at the University of Oregon in Eugene, was not involved in the current study.

I’m fairly sure Professor Hansen also believed that Hillary Clinton was going to win in 2016.

Naturally, nobody knows how to interpret the unexpected results of their studies, so they speculate instead:

The authors of both studies suggest that marijuana users might be more aware of their impairment as a result of the drug than drinkers. It’s also possible, they say, that patients with access to medical marijuana have substituted weed at home for booze in bars and have stayed off the roads.

According to Highway Patrol officers in California, where they just ended pot prohibition, that is unfortunately, and obviously, not true:

"You can look at the states that have legalized it and they've seen an uptick in collisions and fatal collisions, so it's definitely a concern for us," said CHP Officer Jonathan Sloat.

Despite that evidence, a new poll shows just 40 percent of Americans believe pot contributes to more crashes. Officer Sloat said public perception has to change because the effects of marijuana are obvious. "What we see behind the wheel is the same thing we see with alcohol. We see an inability to maintain your lane, maintain a consistent speed. Slow reaction time."

Anyway, now I see that all of this is irrelevant as self-driving cars are really not the future after all, but rather computer-assisted systems that tap right into the driver’s brain to “read your mind.” They enable the vehicle systems to react sooner than you can yourself.

The world’s biggest carmakers and technology companies are spending billions of dollars to perfect your ability to drive without thinking. Nissan Motor Co. is taking a different direction -- trying to “decode” your thinking so hands-on driving is more fun. 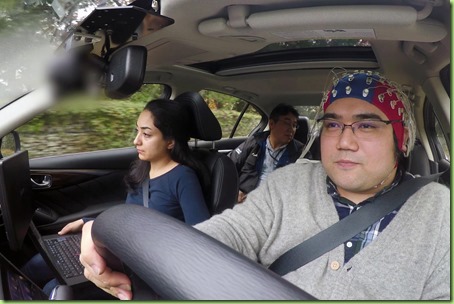 Nissan thinks that manual driving might still be of value to society in the future, saying “driving pleasure is something as humans we should not lose.” I don’t disagree, but somebody better put their thinking hat on because if we’re going to give drivers wired skull caps to read their brains and implement their planned actions faster it would be good idea to ensure there is still something left to read.

And we’ve already got covfefe if they just want to improve people’s reaction time, 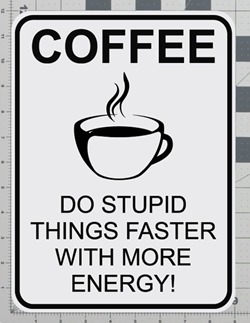 If we can’t improve the overall quality of the mistakes, I say let it wait till tomorrow.

Recently got myself a Dodge Challenger with Zero smart equipment.

I dont want my car talking to my vacuum or anybody else.

Don’t want anyone to man the controls except me.

Redid the exhaust so it’s faster and louder.

Need to go drive it back and forth in front of obummer’s house.

If not for pot, my back would hurt so bad I couldn’t even get out of bed.

I refuse to take painkillers the rest of my life and walk around muted and zombie-like.

Pot allows me a modicum of normalcy in my life. It gave me my life back, in a small way.

Stoners don't drive because of the "couch lock" affect some types of cannabis have. And if you do manage to get your butt off the couch, you probably can't remember the reason you walked into the other room was to get your car keys.

Would could go wrong?

Try 8g of curcumin. It helps with arthritis. Maybe your back pain.
It helped this women for something more serious.
http://www.dailymail.co.uk/health/article-5230201/Pensioner-used-turmeric-fight-blood-cancer.html

Democrats want stoned people as they are easier to control.

Marijuana...the current version of Soma. Get the populace befuddled enough to put up with anything.

No use; he can't see it over the WALL he had built around his property.

11 posted on 01/03/2018 7:24:37 AM PST by dp0622 (The Left should know that if Trump is kicked out of office, it is WAR!)
[ Post Reply | Private Reply | To 10 | View Replies]
To: neefer
Stoners don't drive because of the "couch lock" affect some types of cannabis have. And if you do manage to get your butt off the couch, you probably can't remember the reason you walked into the other room was to get your car keys.

So it just makes you think you are real old. Cool kids can prepare for the inevitable.