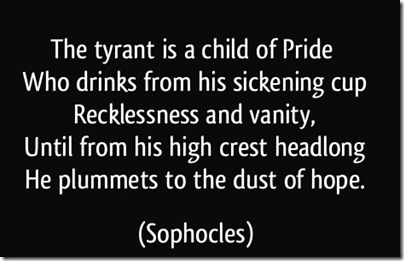 Now that the new year has blown in with full force, most of the holiday goodies have been consumed and thoughts turn to taking the tree down, we tune back into the news. Or more specifically, the lack of news in the case of the Iranian uprising. Aside from a leaked memo to Fox News indicating panic within the Iranian regime no news source in the U.S. seems to find this much of a newsworthy story.

Why Can’t the American Media Cover the Protests in Iran you ask? Question asked and answered, by Lee Smith (h/t Instapundit) -highlights added:

As widespread anti-regime protests in Iran continue on into their third day, American news audiences are starting to wonder why the US media has devoted so little coverage to such dramatic—and possibly history-making—events. Ordinary people are taking their lives in their hands to voice their outrage at the crimes of an obscurantist regime that has repressed them since 1979, and which attacks and shoots dead them in the streets. So why aren’t the protests in Iran making headlines?

The short answer is that the American media is incapable of covering the story, because its resources and available story-lines for Iran reporting and expertise were shaped by two powerful official forces—the Islamic Republic of Iran, and the Obama White House. Without government minders providing them with story-lines and experts, American reporters are simply lost—and it shows.

It nearly goes without saying that only regime-friendly Western journalists are allowed to report from Iran, which is an authoritarian police state that routinely tortures and murders its political foes.”

If the people who donned pink pussy hats to resist Donald Trump are one of the year’s big stories, surely people who are shot dead in the streets in Iran for resisting an actual murderous theocracy might also be deserving of a shout-out for their bravery.

The author is rather brutal to the New York Times,

And he completely annihilates the rest of the Fake News Networks:

Networks like like CNN and MSNBC which have gambled their remaining resources and prestige on a #Resist business model are in even deeper trouble. Providing media therapy for a relatively large audience apparently keen to waste hours staring at a white truck obscuring the country club where Donald Trump is playing golf is their entire business model—a Hail Mary pass from a business that had nearly been eaten alive by Facebook and Google. First down! So it doesn’t matter how many dumb Trump-Russia stories the networks, or the Washington Post, or the New Yorker get wrong, as long as viewership and subscriptions are up—right?

The problem, of course, is that the places that have obsessively run those stories for the past year aren’t really news outfits—not anymore. They are in the aromatherapy business. And the karmic sooth-sayers and yogic flyers and mid-level political operators they employ as “experts” and “reporters” simply aren’t capable of covering actual news stories, because that is not part of their skill-set.

And then there is this, the pièce de résistance – the entire section is highly notable; and damning:

The current media landscape was shaped by years of an Obama administration that made the nuclear deal its second-term priority. Talking points on Iran were fed to reporters by the White House—and those who veered outside government-approved lines could expect to be cut off by the administration’s ace press handlers, like active CIA officer Ned Price. It’s totally normal for American reporters to print talking points fed to them daily by a CIA officer who works for a guy with an MA in creative writing, right?* But no one ever balked. The hive-mind of today’s media is fed by minders and validated by Twitter in a process that is entirely self-enclosed and circular; a “story” means that someone gave you “sources” who “validate” the agreed upon “story-line.” Someone has to feed these guys so they can write—which is tough to do when real events are unfolding hour by hour on the ground.

The current coverage of the protests sweeping across Iran is bad by design. The Obama administration used the press to mislead the American public in order to win the president’s signature foreign policy initiative. The bill for that program of systematic misinformation is still coming in, and the price is much higher than anyone could have imagined, including more than 500,000 dead in Syria and an American press incapable of understanding, never mind reporting, that this death toll was part of Obama’s quid pro quo for the nuclear deal.

And yet they persist: (responses are interesting)

* Lest anyone forget, Smith is referring, above, to Ben Rhodes, Obama’s Senior Security Advisor. 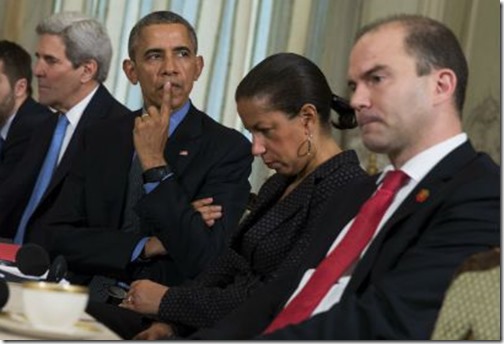 Here’s Foreign Policy Magazine’s (hardly a right-wing publication) profile on him, in which they call Ben “an overweening little schmuck” – their words, not mine – and  discuss the NYT’s article about him (The Aspiring Novelist Who Became Obama’s Foreign-Policy Guru):

"His lack of conventional real-world experience of the kind that normally precedes responsibility for the fate of nations — like military or diplomatic service, or even a master’s degree in international relations, rather than creative writing — is still startling."

Although nowhere near as startling as the fact that the media just took the creatively fabricated story and ran with it, no questions asked. We covered it here, on MOTUS, at the time in  The Story of O: As Written By a Failed Novelist:

I note this only to illustrate how you can get away with truly remarkable lies if you have the cooperation of the media. Every modern day tyrant has understood that, implicitly…As long as the complicit media goes along with the lie, you can continue to fabricate with impunity:

Like Obama, Rhodes is a storyteller who uses a writer’s tools to advance an agenda that is packaged as politics but is often quite personal. He is adept at constructing overarching plotlines with heroes and villains, their conflicts and motivations supported by flurries of carefully chosen adjectives, quotations and leaks from named and unnamed senior officials. He is the master shaper and retailer of Obama’s foreign-policy narratives, at a time when the killer wave of social media has washed away the sand castles of the traditional press.

As Rhodes admits, it’s not that hard to shape the narrative. “All these newspapers used to have foreign bureaus,” Rhodes said. “Now they don’t. They call us to explain to them what’s happening in Moscow and Cairo. Most of the outlets are reporting on world events from Washington. The average reporter we talk to is 27 years old, and their only reporting experience consists of being around political campaigns. That’s a sea change. They literally know nothing.” - PJ Media

So in case you’ve ever wondered where the brilliant Obama-era narratives came from, now you know: they came from the M.F.A. program at N.Y.U. and the creative mind of one Ben Rhodes. If the entire 8 years of Obama seemed more like a movie set or a reality show than history, now you know why. 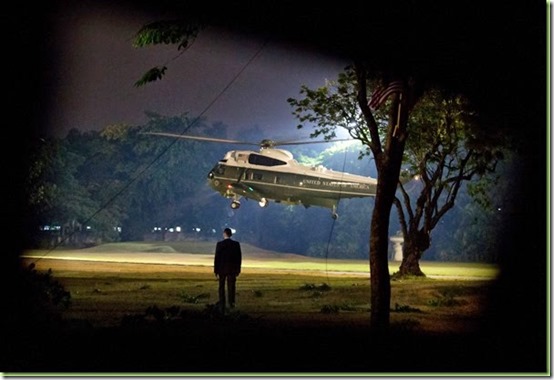 If a tree falls in the forest and the media do not cover it, does it still make a sound?

Awesome article, thanks for posting it.

Thanks NOBO2012. The first storey of this is that Obama could always count (and still can count) on the media carrying his poisoned water. The Sophocles quote is a nice touch, btw. Note also that the cabinet meeting picture has Zero looking thoughtful -- gosh, it's almost asi if it was a posed shot.