Yesterday we went to an exhibit at the Detroit Institute of Art. It was a Claude Monet show exhibiting work from his time in Argenteuil where he developed his impressionistic style (Monet: Framing Life) in combination with a Frederic Church show of his paintings from his time spent traveling the Middle East (Church: A Painter’s Pilgrimage). The Monet show was small, but lovely. 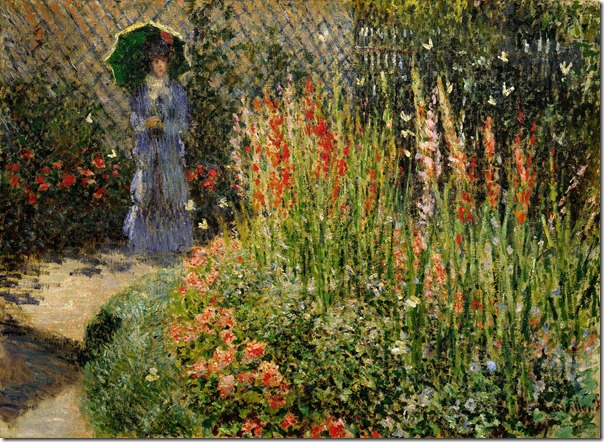 It was blessedly free of social commentary, which cannot be said of the Church exhibit which contained subject matter and imagery that curators and art historians found to reek of the “white, protestant perspective” that academia loves to loathe. Church painted images that, regardless of their subject matter smack of “deeply problematic politics” to modern day art historians. 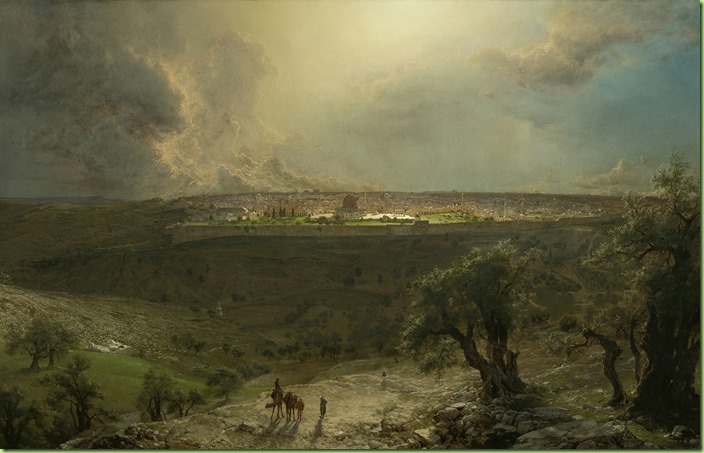 Jerusalem from the Mount of Olives, 1870, Frederic Edwin Church

Here, Church breaks atmospheric perspective- everything is far too sharply in focus for the distance, which increases the otherworldly feel of the view. The odd little comb of perfectly angled shadows of the row of columns to the right of the Dome. The dazzling tips of roiling storm clouds massing along the horizon- the vast, perfect lapis blue of the sky beyond. This is a genre painting that transcends genre- an enormous confection of kitsch that transcends its kitschiness. This is the paradox of Frederic Edwin Church- a painter with truly sublime vision and (for contemporary viewers) deeply problematic politics. –Detroit Art Review

Problematic politics? Such as noting that the Temple of Baal as depicted in his View of Baalbek was destroyed by ISIS two years ago in the name of Allah?

No, not that politically incorrect footnote, but rather the fact that Church himself was a problematic white American Christian who, as a wall note at the show indicated, “painted from” that non-politically correct perspective. Apparently Church’s detailed, realistic paintings of vast sweeping landscapes indicate his embrace of the western concept of “manifest destiny” which is of course anathema to SJWs – all too colonial for their sensitivities. I have seen criticism of Church’s work in the past, generally by jealous, less talented artists who complain his painting is too detailed to embrace the “full aesthetic” of the artist. But I’ve never seen a critic complain about his lack of political correctness. Church would be stunned to learn that critics now deem him to be nearly as evil as any alt-right white supremacist because his paintings glorify Christian hegemony. Or something. Yet they can’t entirely force themselves to hate his art… 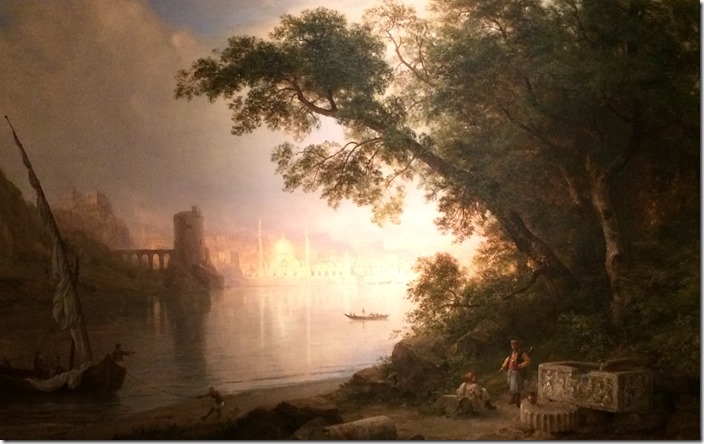 Al Ayn could be an illustration of the history of Orientalism- problematic as the image is, it’s so beautiful that one can’t help but be drawn in by it. This frisson persists throughout the show- how does one look at paintings that are so vested in the West’s destructive view of landscape and people, that are themselves posters for Colonialism, racism, manifest destiny, etc…. and yet are so intoxicatingly lovely? –Detroit Art Review

This complete obsession with Western ideas being the most destructive force to ever inhabit the planet – from economics to art - is the type of insanity that makes liberals seem deranged. When you see the entire history of Western civilization as nothing more than a bleating dog whistle of racism and religious exclusivity you are doggedly determined to learn absolutely nothing from history.

Not that academics exactly self-select on the basis of intelligence, as demonstrated by these two San Diego State University professors of geography who see whiteness everywhere they look:

Two things: 1) just exactly what is “geography” as it is taught today, especially at the college level? They sure make it sound like sociology for SJWs, which is to say remedial. And 2) what the hell does “white spaces where the food consumption habits of white people are normalized” even mean? And I would like your answer in English as a first language, if you don’t mind.

So I was feeling a little bad for Kurt Eichenwald for depleting his childrens’ education fund, but now that I reflect on it, college is so overrated he’s probably done them a great favor. 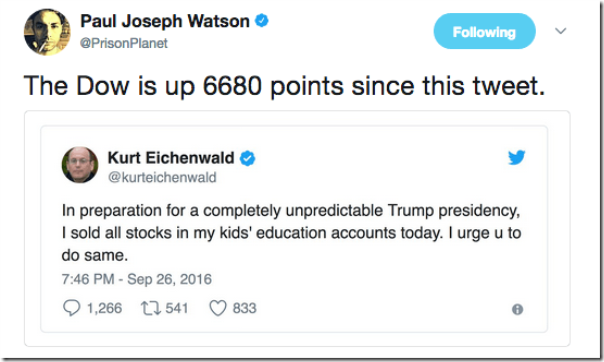 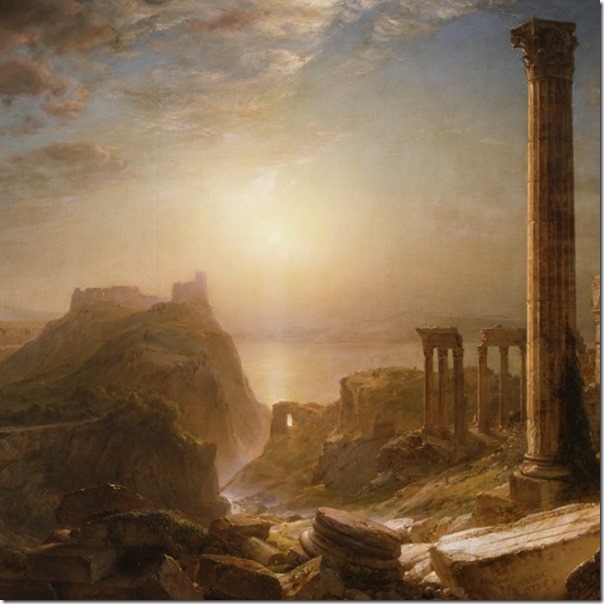 Syria by the Sea, Frederic Church

And just this year, there have been vociferous protests outside of the Boston Museum of Fine Arts, criticizing “Cultural Appropriation” and “Monet and Renoir” in general!

One word to lovers of real, true art:

Fred Ross and his family have done a great, a noble thing by creating the Art Renewal Center and offering their annual salons. They have done more to reignite a sense of beauty in the art world than anyone else except perhaps Roger Scruton.