Once you embrace the progressive premise that the ends justify the means the destruction of civilization follows on quickly.First you have the feminist’s opinion that it doesn’t matter if men are falsely accused of sexual abuse as long as it helps dismantle “the patriarchy” – as if patriarchy is a real thing in 21st Century America, home of the fatherless family.

Next thing you know the NYTimes posits that it’s okay to sexualize children for the cause of genderqueer. 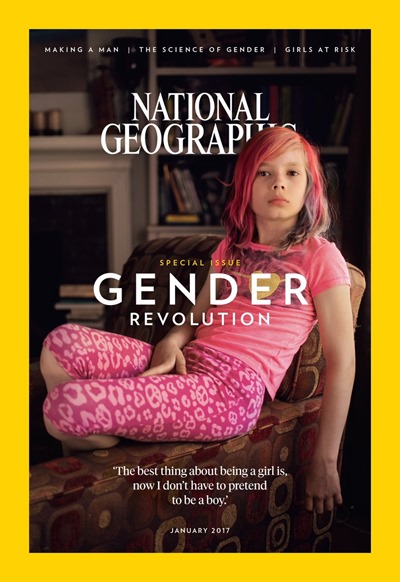 Meanwhile an Indiana University Healthcare system nurse believes that “white women raise terrorist, rapist, racist, killer sons” and thinks that they should all be sacrificed. Specifically, Taiyesha Baker tweeted: “Historically every son you had should be sacrificed to the wolves. B****.'  Wow, how would you like Taiyesha being in charge of your white son’s nursing care? 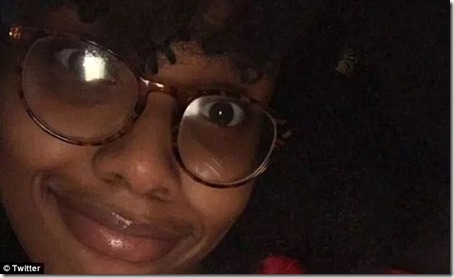 This is Taiyesha, she “likes bongs”

Yet somehow we - the deplorables - are the racists in this equation?

And still…they can’t figure out how Donald Trump won the presidency? 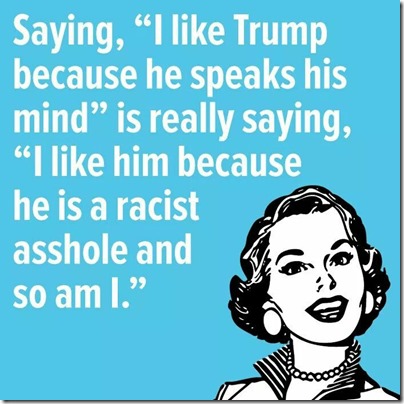 Administrative Note: Will be out of pocket as Raj is having some minor surgery which still somehow requires most of the day.

I like Trump because he tried to keep his promises and has the right enemies.

If this makes me a ‘racist asshole,’ I’m good with that. I have it from good Progress sources that there is nothing I can do (except maybe die) that is not racist.

Even though I saw it coming a long way back, I’m still stunned we are at this place. I guess Einstein was right, “ there are only 2 things that are infinite, the universe and human stupidity, and I’m not so sure about the universe”.