NOTICE: While MOTUS enjoys a well deserved vacation on the shores of the Great Lakes, Raj and Little Mo occupy her blog.

The Justice Department lifted a gag order that will allow a former FBI informant speak to congressional panels investigating an Obama-era deal in which a Russian-backed company was able to get control of a significant amount of the United States uranium supply.

A DOJ spokesman late Wednesday cleared the way for the informant to disclose to the committees “any information or documents he has concerning alleged corruption or bribery involving transactions in the uranium market, including but not limited to anything related to Vadim Mikerin, Rosatom, Tenex, Uranium One, or the Clinton Foundation.”

Now, Congress is calling for ANOTHER Special Counsel to investigate the other one…

And Chuck’s not alone: In a letter addressed to Attorney General Jeff Sessions and Deputy Attorney General Rod Rosenstein, the Republicans said they were writing to "request assistance in restoring public confidence in our nation's justice system and its investigators, specifically the Department of Justice (DOJ) and the Federal Bureau of Investigation (FBI)."…

"The unbalanced, uncertain, and seemingly unlimited focus of the special counsel's investigation has led many of our constituents to see a dual standard of justice that benefits only the powerful and politically well-connected," the letter said. "For this reason, we call on you to appoint a second special counsel to investigate a plethora of matters connected to the 2016 election and its aftermath, including actions taken by previously public figures like Attorney General Loretta Lynch, FBI Director James Comey, and former Secretary of State Hillary Clinton." 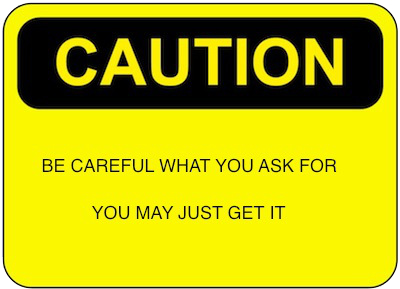 In other news, after he apologizes for sexually harassing female reporter, MSNBC, HBO, Showtime and Penguin Books can Harvey Weinstein…er, uh…Mark Halperin.

The Perv is strong in this one

TOPICS: Humor; Politics
KEYWORDS: hillaryclinton; jamescomey; lorettalynch; markhalperin
1 posted on 10/27/2017 5:46:13 AM PDT by NOBO2012
[ Post Reply | Private Reply | View Replies]
To: NOBO2012
Who sexually harassed who is the story the MSM is fixated with, not the Uranium for Sale scandal. The word has gone out from the establishment that this story is not to be reported and, instead, be ignored.

Too many members of the swamp are involved and the corruption runs too deep...

It was to destroy all the evidence against Cankles and the Deep State.