It’s true: SDS (Students for a Democratic Society) is alive and well and living in Utah. They organized the protest yesterday against Ben Shapiro’s speech at the University of Utah. I’m sure you all remember SDS’s most famous acolyte: 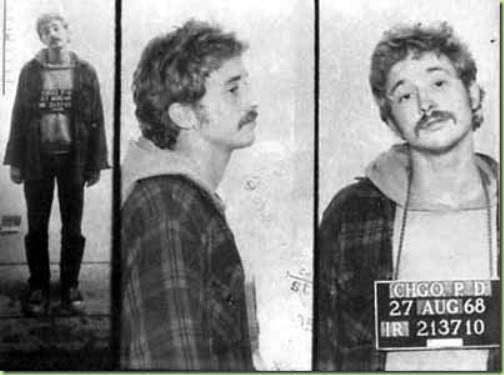 Bill Ayers, Vietnam era student activist, co-founder of the Weather Underground, bomber and Distinguished Professor of Education at the University of Chicago where he continued his revolutionary activity in clear sight by helping to turn education into a propaganda factory. Oh yeah, and he’s also known as Barack Hussein Obama’s ghost writer even though he was just some guy who lived in the neighborhood.

As it turned out the protest was small by Soros-backed event standards: it only cost the University $25,0000 in additional security, there were only 2 arrests, and only 300 protestors showed up. Although they did have representation, 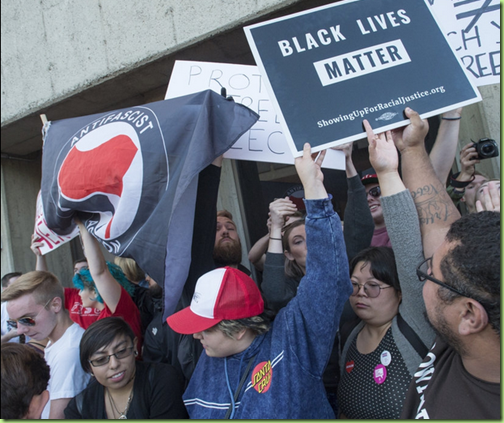 apparently you can’t pay Antifa enough to come to Salt Lake City. However, the crowd that did show up looked mad: 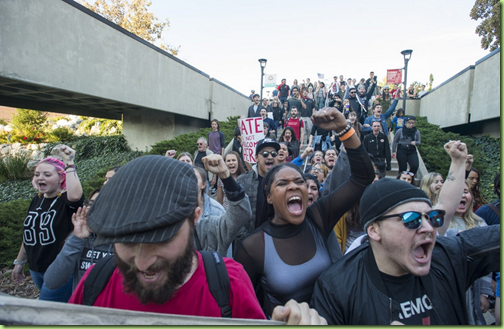 Except for the counter-protestors that turned out to support free speech, they seemed to be rational and in good cheer: 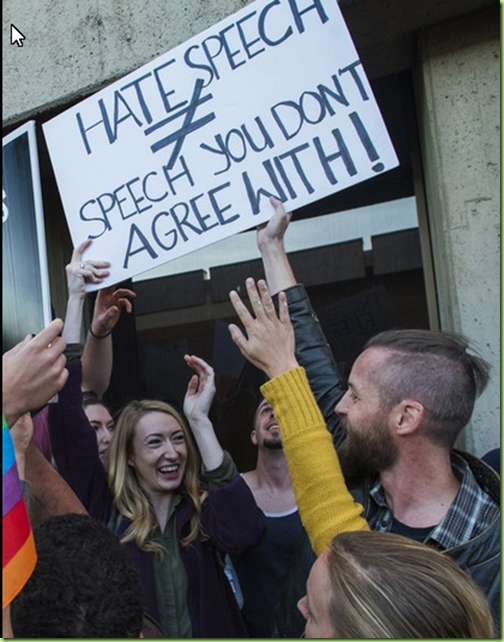 And a few people showed up to just to enjoy the sunshine in the waning days of autumn: 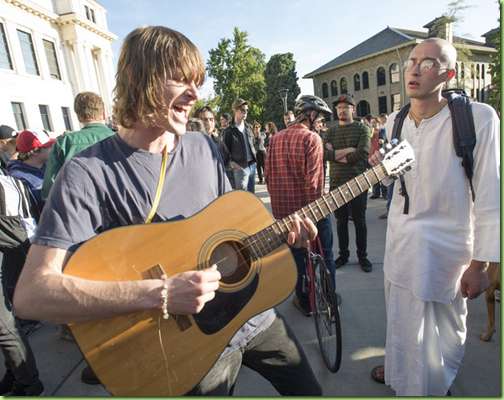 Kyler Watson, left, and Matsu sing Hare Krishna songs in front of the Park building in protest of Ben Shapiro’s speech at the University of Utah

So all-in-all this was pretty much a bust as far as Antifa/BLM head-busting protests go. The moral of the story: Utah clearly needs more minorities.

That idiot can only play a two-stringed guitar.

Haven’t you ever heard of the ‘two-note Samba’?

I like not having what Chicago, California, and other States have...

Our Governor doesn’t like buildings burned down, streets blocked by idiot mobs of ‘snowflakes’ that do not know what they are ‘protesting’ about, Police Officers not getting beat up, people being attacked for no reason...

So if we people in Utah seems like we have some ‘sanity’ don’t disrupt it...it’s the way we like to live...

We have finally gotten the drugs, homeless and crime out of down town Salt Lake, people are starting to breathe a little easier, we have a long way to go with this situation, but we are working on it...

onkey should be “monkey”

He’s just working his way up to six strings.

There were probably more concealed weapons at the event than protestors.

There was a protest? All quiet up here in Ogden.