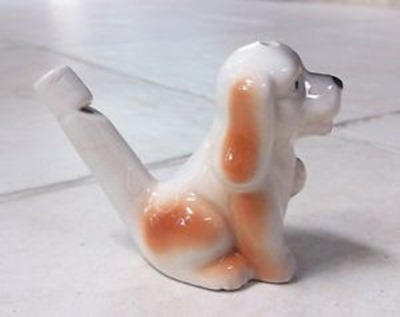 Sometimes the “tale” does wag the dog.

I guess the  “Donald J. Trump Jr. met with Russians!” story isn’t strong enough to propel journOlists  through the end of the week in their looking glass world. Hence we continue to see an onslaught of articles critical of President Donald J. Trump’s “nationalist” (read “white-nationalist”) speech in Warsaw. I leave Mark Steyn to comment:

Apologies to all my readers: Last week I carelessly wrote about President Trump's Warsaw speech as if the words therein corresponded to the definitions ascribed to them by Oxford, Webster's or any other English dictionary. My mistake. Apparently the plain meaning of the words is entirely irrelevant. Because the words aren't words per se, they're "dog whistles":

As James Taranto noted during a previous dog-whistling frenzy:

"The thing we adore about these dog-whistle kerfuffles is that the people who react to the whistle always assume it's intended for somebody else," he wrote. "The whole point of the metaphor is that if you can hear the whistle, you're the dog."

Indeed dog whistles are all they hear. If Trump is, as has been said, the all-time great Twitter troll, in Warsaw he was trolling for western civilization, and an entire army of mangy pooches began yowling and - to mix canine metaphors - set off like greyhounds in pursuit of a mechanical hare. Even if the speech had not been worth it on its own merits, it would still have performed a useful service in demonstrating that the western left now utterly despises western civilization. As I noted on Friday, this is the most pathetic humbug:

Ours is the civilization that built the modern world - as even the west's cultural relativists implicitly accept, if only because they have no desire to emigrate and try to make a living as a cultural relativist in Yemen or Niger. 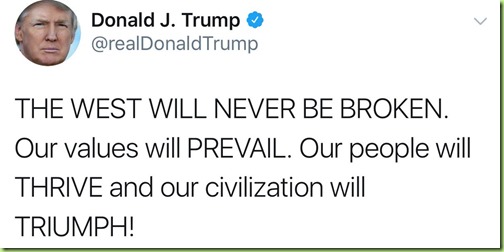 If you don’t hear a dog whistle when you read this, you might not be the dog.

It is true that those who wish to be known as “journalists” are bedeviled with seeing their very paradigm shift to the American mindset that stormed the beaches at Normandy, in contrast to the wailing and gnashing of teeth on November of 2016.

I had never looked at it that way. The dogs would be howling when the whistle blows and most Americans never raised a kerfuffle when they heard the speech. But the media began howling like crazy.

I will remember and use that if someone tries that dog-whistle thing on me.

My cat is pissed. Why doesn’t Trump talk to him? Does he not like cats?

A cat whistle? That would have to be the sound of a can of tuna being opened.