With everybody (including CNN) focusing on the popular fake news story about Russia hacking the 2016 American election they seemed to miss the Big Story at 2017’s G20: Pyjama Garçon Français wearing his big boy pants for the first time.

Everyone knows that Emmanuel Macron picked out his mother while he was still in high school. (For anyone who does not know, they met while Brigitte was a drama teacher at Emmanuel’s high school and married when he “graduated.” He is 39, she is 64.)

And now after all these years of being a bâtard it appears he’s finally picked a Daddy too: Donald J. Trump! 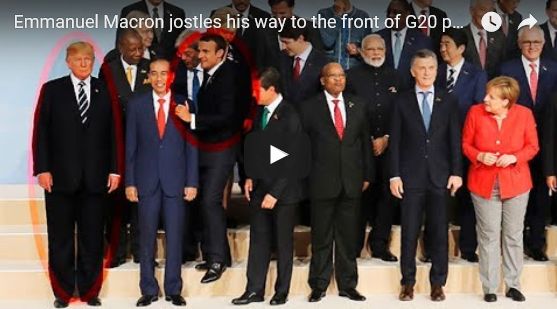 Heart warming, isn’t it? Little Emanuel is really coming into his own, I think he even decided to adopt a brother - another world leader bâtard reportedly fathered by another famous man - 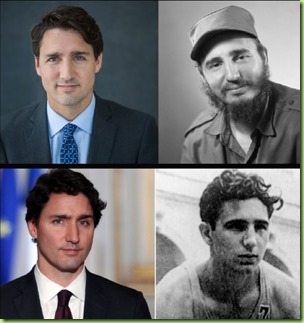 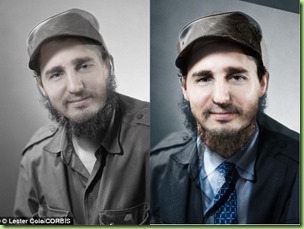 to complete his “family.”  No wonder Justin Castro was made to sit alone at supper 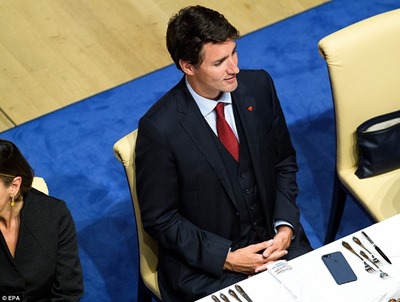 while everyone else appeared to be having a good time. 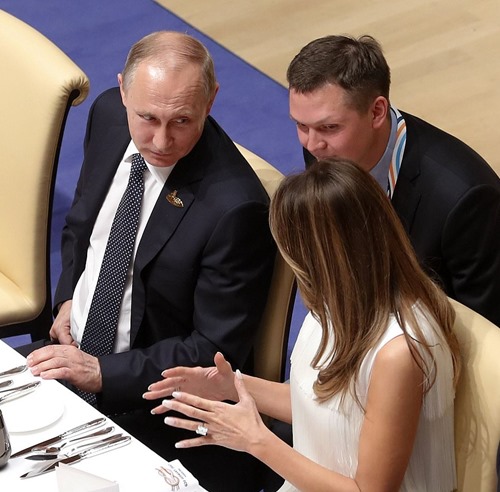 Nothing lost in translation here 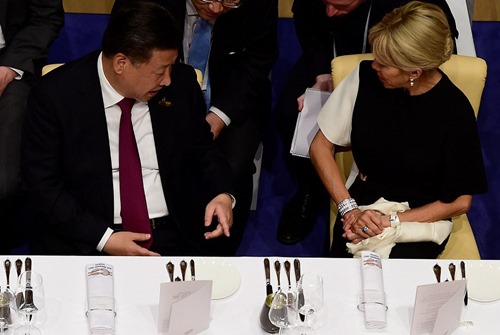 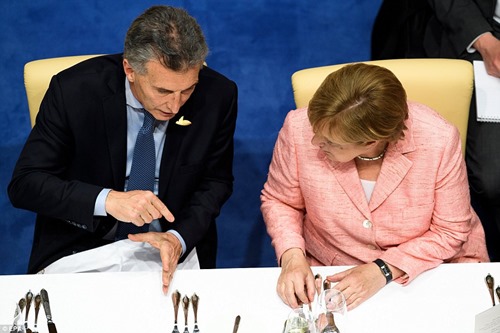 Angela asks Argentinian President Marci to explain how the ratlines from Germany to South America operate, just in case… 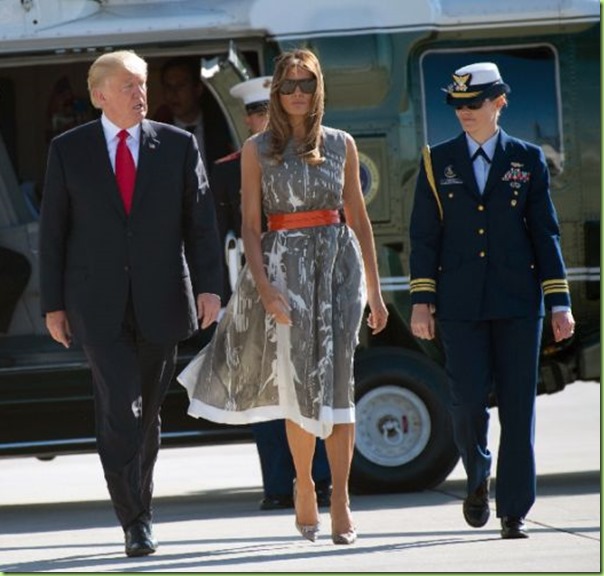 I just figured he had a recording device and was hoping to get something embarrassing on mike.

The title is LOL funny.

No problem with the age difference. To each his own.

Big problem with a teacher/student relationship.

That was a funny observation. The group picture is funny, too. Look at Angela Merkel...her expression clearly states WTF.

Good grief that was funny. Thanks for posting.

These theories about world leaders are often amusing but not all that often are they so stunningly, obviously accurate, as in the instance of Justin Castrudeau’s paternity. They are virtually twins.

As it is written in the article it would appear to the French as Pajama French Boy.

My French is far from perfect even for an American but I wouldn't make this mistake. If you are going to write something in a non-native language, especially for publication, you should get it checked by someone else.