To those who still believe that President Trump is a big dummy, without a strategic bone in his body, I pose one question: If Trump had not fired James Comey how long would it have taken to find out that a) Trump was not the subject of any investigation b) there is no collusion c) there is no obstruction of justice.

“The President tweeted on Friday, after I got fired, that I better hope there's not tapes. I woke up in the middle of the night on Monday night, because it didn't dawn on me originally, that there might be corroboration for our conversation, there might be a tape. And my judgment was that I needed to get that out in the public square.”

Because I’m betting that when he “woke up in the middle of the night” to realize that “that there might be corroboration for our conversation” that  “I need to get that out in the public square” isn’t exactly the first thought that flashed through his head. 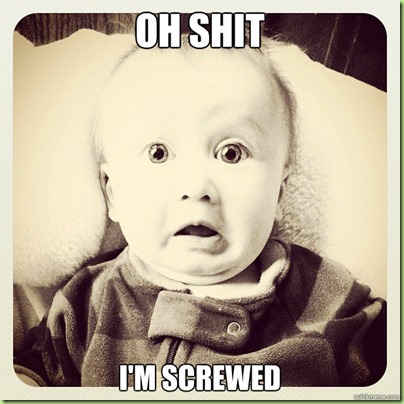 And for the record - you can bet your life there aren’t really any tapes. 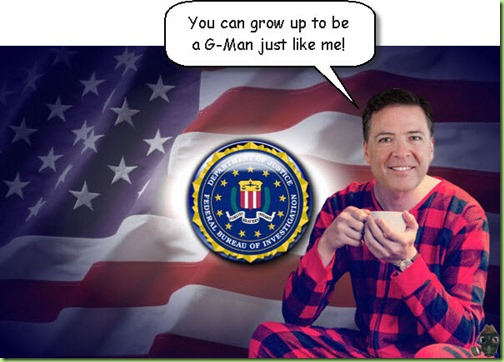 Comey is a physically big and probably physically strong man. But there’s something prissy about him.

someone ought to send him a pussy hat.

5 posted on 06/10/2017 4:48:59 AM PDT by going hot (Happiness is a Momma Deuce)
[ Post Reply | Private Reply | To 4 | View Replies]
To: NOBO2012
President Trump is a VERY GOOD listener. No one has to ask him a question twice. He's always very good at judging people....and after Comey's Hillary tape fiasco, President Trump wanted to meet the man.

And the reason for the firing doesn't matter. Does anyone thing the operations of the FBI will stand still with the Comey firing. Ridiculous!

One can typically only be hoisted by one petard because after that there is nothing left but smithereens.

NOW we know why Hillary got a free pass on her private email server.

THEY ALL HAVE PRIVATE EMAILS where they stash important gov info they can use for later for blackmails/ book deals.

Because there ain’t no way Comey has no memos. Not if he is going to get $10 million dollars for his book!!!

So, is his server in Obama’s basement where Valerie resides, or what?

But the really interesting detail is that Trump’s tapes tweet is MAY 12.

The NY TIMES leak story is dated MAY 11. So, Comey, you got caught LYING AGAIN!

She is quite the dishonest sleazeball.

That’s what TRUMP does. He spars with the media and his opponents and then gives them a KO punch.

The Whitehouse has been taping since at least the Eisenhower administration maybe even before that.

Here is the real Ali:

Ali takes a rest during his fight with Joe Frazier

The talented Ali practices the limbo in his fight with Joe Frazier. 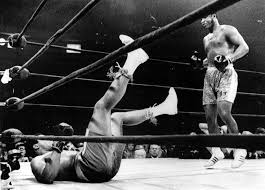 The athletic Ali practices his leg raises during his fight with Joe Frazier.

Ali tries out new boxing stance in his fight with Joe Frazier.

Ali knocked down by 185 pound Henry Cooper’s left hook in his fight immediately before Ali's two fakes with Sonny Liston.

The bell rang ending the round as Ali got up and lurched toward his corner.

Ali could not defend himself against a left hook.

Ali holds the distinction of being the only heavyweight champion in the history of boxing to lose his title to a novice who had only seven professional fights--Leon Spinks.