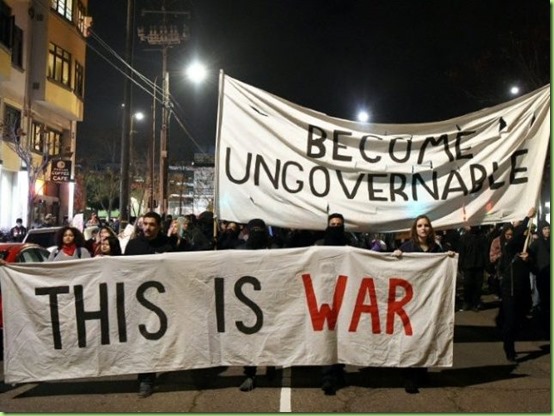 As you know my love for Tucker has waned significantly over time, to the point that I seldom watch. But as sleep alluded me last night I switched it on at 2:00 AM and was stunned to hear the most comprehensive condemnation of the Left in America I’ve heard in a very long time.

Tucker Carlson believes the left wants to remove President Donald Trump by any means necessary, and he says this highlights the drastic and dangerous changes the progressive movement has undergone in the past several decades.

"The modern left is no longer an ideological movement. Instead it's an organized movement around identity politics," Tucker said on tonight's show.

He warned that dividing Americans into "sub-groups" and promoting "tribalism" is dangerous for our democracy.

He said that modern progressives don't want to argue and have a reasonable discussion. They want their "team" to win, and some of them are willing to use violence to do so, as we've recently seen at protests across the country. – Fox News Insider

He calls the modern Left the perfect perversion of the American tradition of “out of many one.”

He also warned of the danger inherent in the increasing tolerance of escalating political violence.

Carlson revealed that of the progressives he’s hosted on his Fox show, some have outright refused to decry political violence.

Violence is what separates politics from war. It’s when hurt feelings become dead bodies, the point at which countries become ungovernable.”  – The Blaze

It’s a 6 minute clip and worth every second of your time. 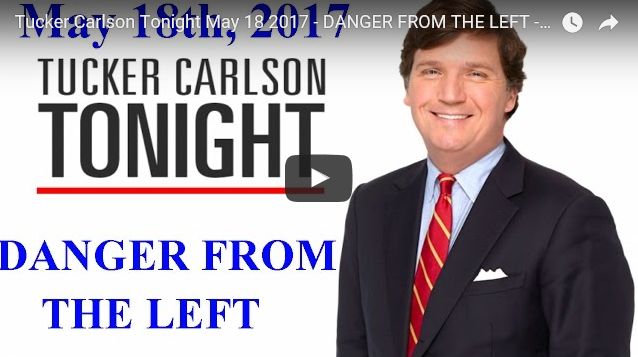 The Left has fundamentally transformed the idea of America from E Pluribus Unum to E Pluribus Unum Amplius – out of many, many more - which all but guarantees they will be ungovernable by any other than their own kind. And we won’t allow it.

Sleep “alluded” him? Or did it ELUDE him?

This author is not terribly skillful with English or else he doesn't proofread his stuff or probably both. It shows he is careless and I would expect careless in thought, also.

Mistakes like that are very easy to make when communicating online, even when one knows the difference. It’s just something about the medium, which isn’t quite the same as either writing or talking.

I’ve often found the poster to be very thoughtful.

In China they have a word for naive American leftists. They are called “baizuo” or the “white left” on social media. “They only care about topics such as immigration, minorities, LGBT and the environment” and “have no sense of real problems in the real world”; they are hypocritical humanitarians who advocate for
peace and equality only to “satisfy their own feeling of moral superiority”; they are “obsessed with political correctness” to the extent that they “tolerate backwards Islamic values for the sake of multiculturalism”; they believe in the welfare state that “benefits only the idle and the free riders”; they are the “ignorant and arrogant westerners” who “pity the rest of the world and think they are its saviors”.

I don’t give a writer a break for an error that egregious. I won’t read his piece, either. If he cannot handle English then I don’t trust what he uses English to convey.

TTSHHEENN count me out ts0000

9 posted on 05/19/2017 8:08:34 AM PDT by impactplayer
[ Post Reply | Private Reply | To 8 | View Replies]
To: arthurus
Since you're complaining about "egregious" errors that you won't forgive, try putting some paragraph breaks in your "About Page" profile because it is hard to read with everything run together in a format that looks like a centered headline rather than a body of text.

It's hard to trust anybody that doesn't know how to structure a string of words and sentences together into separate paragraphs to make it easier for the reader to follow. If you can't accomplish that simple task, then I wouldn't trust what you have to say either.

Nothing worse on the internet than the haute-acting spelling, grammar and lexicon police.