I’m sorry but we must return you to the college campus again today; new information has emerged that clarifies why Ann Coulter has been banished from UC Berkeley and why they claim they can’t protect her and those who wish to hear her (spoiler: they really don’t want to).

It has been revealed that the Mayor of Berkeley is a member of the Antifa Facebook group that organized past riots. This explains the instruction to the Police to stand down during the pre-planned Milo riot last month and the pre-planned riot at the Pro-Trump rally last Sunday. It may also explain why the Berkeley Police Department offers “symbolic” arrests for such events:

Did you know that there was such a thing as a ‘symbolic arrest’?

What it means, generally in leftist protests, there are people often designated to get arrested to draw more attention to whatever is being protested.

However, I’ve never seen something like this in writing with police being toadies, asking the protesters what will be their pleasure. – Weasel Zippers

One would think that a Mayor would normally have enough common sense to prevent him from joining such a group. But in Berkeley these days I suppose it’s considered a badge of honor.

Berkeley Mayor Jesse Arreguin is a member of the anti-fascist Facebook group, By Any Means Necessary, which orchestrated the riots that occurred ahead of a scheduled lecture by Milo Yiannopoulos…Arreguin is allegedly also friends with BAMN leader, Yvette Felarca, on Facebook. Felarca defended the violence that occurred ahead of Yiannopoulos’ scheduled event in a local television interview following the riots. – Breitbart

Funny, “By Any Means Necessary” sounds more like a “Black Lives Matter” group 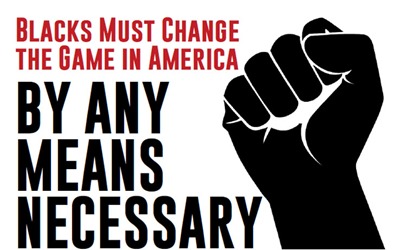 than an anti-fascist group. And while they may have expanded their charter lately, it appears they’re simply an old fashioned Communist organization. 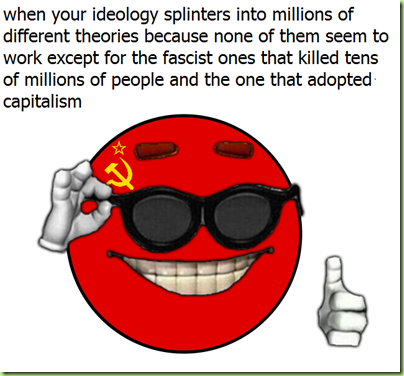 Often described as a “militant left-wing” activist group, BAMN frequently engages in violent forms of protests. A Berkeley newspaper noted in 2001 that the group was a front for an “an obscure Detroit-based Trotskyist political party called the Revolutionary Workers League.”

Last time I looked criminal code still listed TREASON, SEDITION, AND SUBVERSIVE ACTIVITIES as illegal. Of course in recent years we’ve been trained to understand that laws may be selectively enforced, ignored, or changed by Executive Order. Most people would probably consider that to be fascism.

Berkeley of course contends they are just looking out for you – I guess because we don’t have Bill O’Reilly to fill that role anymore:

Berkeley spokesman Dan Mogulof said administrators learned of Coulter’s planned arrival only after that contract was signed, preventing an assessment of how to avoid a replay of the violence that disrupted a scheduled Milo Yiannopoulos appearance at Berkeley on Feb. 1.

Large crowds swarmed the campus where the right-wing provocateur was to appear, and masked demonstrators in black garb tore down police barricades, smashed windows and set off explosives.

Since then, the university town has witnessed two demonstrations held by alt-right organizations that led to violent clashes.

“We were disappointed we couldn’t make an event work,” Mogulof said. “We believe it is important to expose our students to a diverse array of perspectives. … [They] can’t be educated in an echo chamber.” – LA Times

I’m sure they were terribly “disappointed.” I’d suggest they have a meeting with the Mayor and Police Chief before Ann shows up. Since the police department will undoubtedly have advance notice and intimate details about the “protest” they should be able to figure out how to control it next time. HINT: It helps if you try. 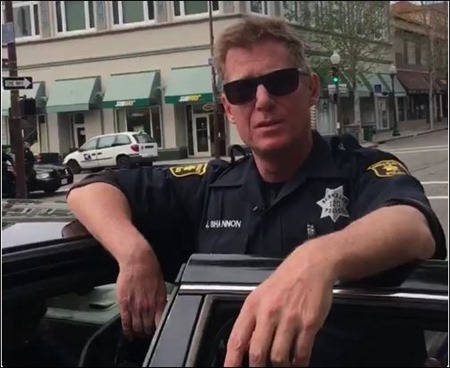 If you order your cops to stand down, you’re gonna have a riot.

I hope hundreds of PATRIOTS will be stationed outside protecting our LIBERTIES.

Asking THE PROTESTORS if they want “symbolic arrests”.

The police chief should be fired.

Is there ever anything good on streets named after MLK Jr? IMO Trump should send in the national guard because the berkeley cops can’t be trusted.

Also the justice department and congress should investigate the mayor and police chief for telling cops to stand down.

Leave the anarchists alone. Any damage great or small will reflect poorly on all concerned. The local government, local constabulary, inciter’s, empathsizer’s, financial enabler’s... at el.

It is what turned the election. Leaving them to their own devices and thuggery will certainly reinforce the blowback.

11 posted on 04/22/2017 7:48:18 AM PDT by Clutch Martin (Hot sauce aside, every culture has its pancake, just as evey culture has its noodle.)
[ Post Reply | Private Reply | To 3 | View Replies]
To: NOBO2012
Time to put leftist mayors in the hoosegow for forcing the police to ignore their jobs and duties and look the other way as the violent leftist monsters of America destroy and hurt patriotic conservative Americans who know the left is communist run and owned.
The police forces in liberal cities are controlled by the leftist haters and who are breaking the law by stopping the police from enforcing Congressional laws and then blame the right for their lawless behavior, much like Islam blames America and Israel for their murders and violence against people worldwide. They make a mockery of justice and use law enforcement like the NAZIS did under the leftist Hitler. Never heard of mayors forcing the police to stand down from enforcing law and order until the democrats set up sanctuary cities and lawless liberal institutionalized behavior in blue cities and states.
12 posted on 04/22/2017 9:13:04 AM PDT by kindred (Jesus Christ is Lord and Saviour. President Trump is restoring America !)
[ Post Reply | Private Reply | To 1 | View Replies]
To: Pollard

Belushi from animal house is mayor for an entire city. All we need now is a death mobile.

How much does a symbolic arrest cost? Is it free?