And you thought it was bad when the media tried to tell us Michelle Obama was a fashion icon, never dreaming that it could get worse.

The former First Lady and Secretary of State swapped her signature pantsuit for a badass black leather blazer during her first major post-election speech on Tuesday.

Social media swooned over Clinton’s sudden sartorial shift at the Professional Business Women of California conference, where she came out swinging against Republicans. 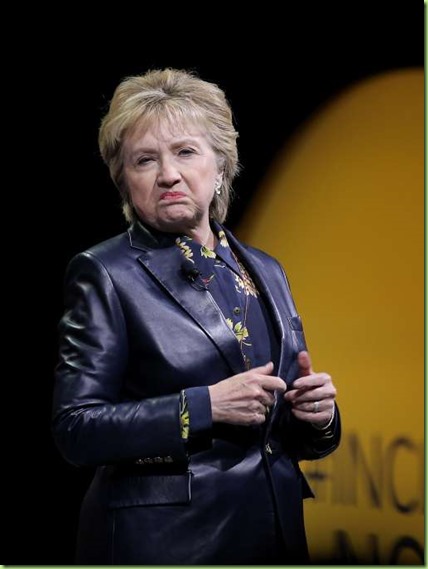 “Badass” Hillary Clinton still has skin in the game; showing who’s the boss.

Former President Barack Obama has been building his own fashion fan club since leaving the political limelight, especially with a slim brown leather jacket that he sported on his return trip from the Virgin Islands earlier this month. 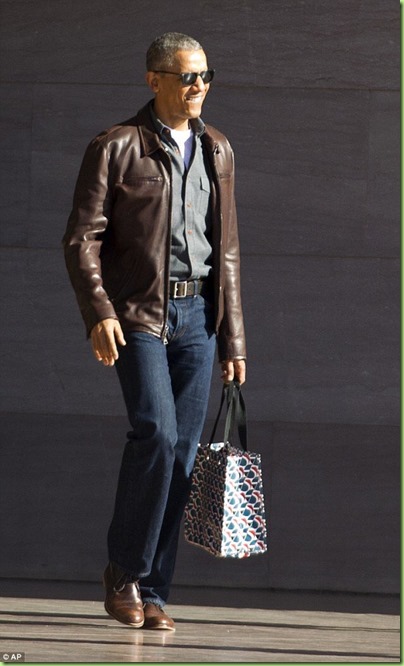 …and they both match my perfectly polished shoes. Handbag optional.

Clinton and Obama are making a statement in sporting these skins. “Both of them are rocking this new, confident style.”…Now that neither political figure is embodying the role of president or presidential candidate, they are each free “to express their real personalities with how they dress.” - Money-ish

One wonders if that’s wise – expressing their “real personalities” – especially in Hillary’s case. When even old British rockers like Roger Daltrey think you’re dead meat, it might be over:

The Who's legendary front man tells the British music news website NME that President Donald Trump 'really didn't win because Democrats threw it away by putting (Hillary Clinton) up. A dead dog would have won it against (her), look at that.' Daily Mail 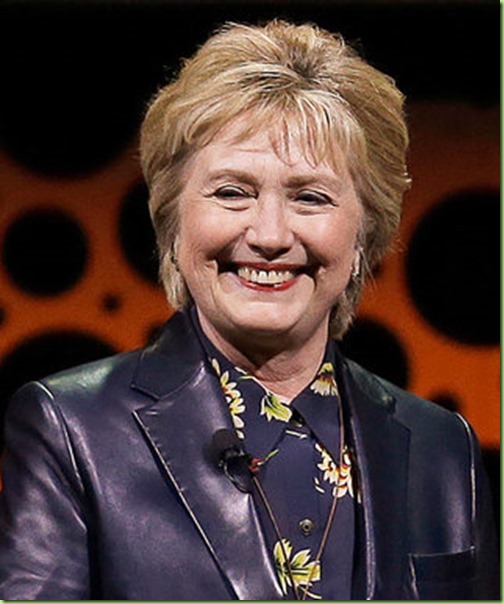 “Who you calling a dog?” 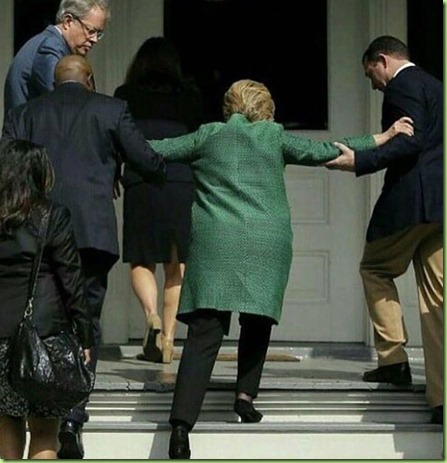 being dragged –unsuccessfully- across the finish line.

I guess we should have known, I mean, it’s not like she didn’t send out some distress signals: 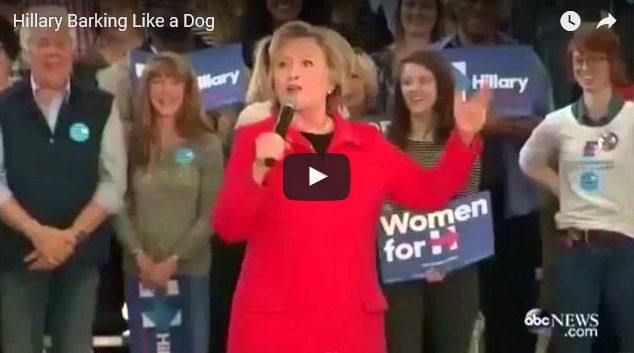 Hillary needs matching leather chaps so the next time she has a petit mal seizure she won’t scrape her legs when the Secret Service drags her down the pavement.

Is is homobama’s purse, or does moose knuckle make him carry it around for her?

They never I.D.’d that black fella who was always there. His specialty in medicine should have been disclosed.

Why haven’t the libs and PETA thrown red paint on both of them for wearing dead animals? That’s a PURPLE leather blazer and she looks like The Joker from Batman!

A couple of has-beens who never were.

Anyway, do we need more proof that Hill! is a militant
lesbian?

Please do not use the words “President” and “Obama” in the same sentence.

he hasn’t been with wifey since leaving office, has he? By the way, this is the only picture I could find of their island tryst where they were actually touching and I had to find it cached by Google. This proves that 99% of all media is owned by the DNC. Tons of pics of these two guys were plastered all over the media, the Big 3, CNN, you name it. Now they're all gone, replaced by the same 3 pics of O kite-surfing and this mock fight. All of the really gay pics of them hugging and nuzzling in the water are all gone, even the ones in The Sun and National Enquirer and replaced with "Obama Beats Richard Branson in Kitesurfing Contest". When O and/or the DNC decides after-the-fact that the pics are embarrassing, the entire internet gets reset and those pics all disappear. This reminds me of the time that the NY Times broke the news story of Hillary's charity scams (Clinton Foundation) and all their webservers simultaneously crashed, the site was offline for a solid two weeks, and they had to spend 6 figures to get it up and running again.

Just like Bubba, he’s seen with his wife twice a year—once at Christmas and when one of them has legal documents that need to be signed.

She’s wearing a lot of leather these days for the same reason that motorcyclists do: protection when you crash. Of course, Hillary’s crashes are off a barstool these days.

Maybe she and Huma can get matching outfits and start hanging out in Butch Lesbian Biker Bars. I can Hillary on that Harley right now with Huma hanging on from the back.

April Fool's Day is tomorrow. Apparently they are starting early...

Check this out, they’ve got the whole island to themselves and O is practically sitting in Branson’s lap.

[Sorry I don’t know how to link it so that the pic comes right up here.]