So, did everyone enjoy yesterday’s kabuki theatre? Both the Comey testimony in the House and the Gorsuch hearing in the Senate was Congressional Open Mic Night at its best: pols otherwise unknown outside their home districts pontificating their respective talking points. Lately all Congressional hearings seem more like a game of reverse-rule Jeopardy: all contestants are required to ask their question in the form of an answer.

Occasionally a rookie lands a seat on the panel who doesn’t follow the rules and asks real questions:

“when did you notify the White House, the DNI and congressional leadership”? - CTH

Comey’s response is an uncomfortable study in obfuscation; watch the first 3 minutes carefully. He begs the question - in the form of an answer: 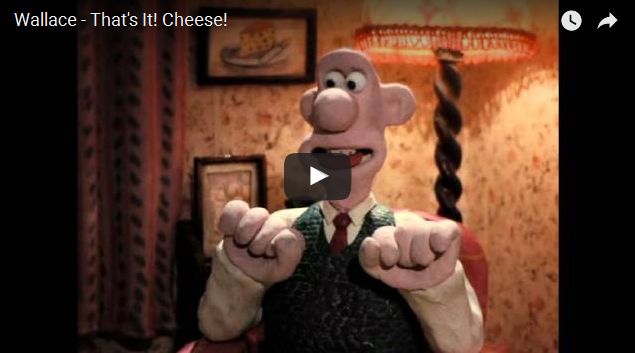 “Because of the sensitivity of the matter.”

That covers a wide berth, but a reasonable man might conclude that Comey notified Obama at one of those “quarterly meetings” after July 16th and before the election. Which in my simple mind gives credence to Trump’s claim that the Obama administration was “wire-tapping” him. Fake News of course, disagrees with my conclusion: Comey's testimony humiliates Trump - The Washington Post. That’s why they’re Fake News.

So why, you ask, would a President not fire a troublesome FBI director like Comey who’s working both sides against the middle for his own nefarious purposes? As it often does, history once again provides an answer. Here’s LBJ’s response when asked why he didn’t fire J. Edgar Hoover:

Believe me, there’s nobody spookier than a high-level spook. Never underestimate the number of dossiers they have assembled nor the amount of “intelligence” that might be contained therein. Because you never know when you might need it.

“Ok, who wants me outside the tent?”

“Yond Cassius has a lean and hungry look. He thinks too much. Such men are dangerous.” – Shakespeare, Julius Caesar

She was by far the most memorable and cutting questioner. Trey Gowdy acts like a prosecutor, but why didn’t he ask the Democrat shill, Comey, “ Did you leak any confidential information to any media outlet regarding Gen. Flynn?” A decent prosecutor is not afraid to ask such pertinent questions.

Comey appears to be a wack job of J. Edgar Hoover proportions.

Check for dresses in his(?) closet.

I think a lot of people, including Gowdy, know full well it was:

The rest of the spineless Repubs---including Gowdy---completely missed the significance of what Elise elicited: that the criminal Comey said he has had an investigation of the Trump campaign going since July 2016 and didn't disclose it, as is required. until a few minutes into the hearing.

Comey was smirking and dancing away from the questions, dismissing them blithely.........reinforcing his agenda: a massive "investigation"...... his attempt to take down Trump - on behalf of the Clintons.

At one point, Gowdy turned to look at Elise, to try to stop her....maybe intimidate her....as she expertly exposed Comey.

Gowdy is getting to be so dam annoying. He lost his creds when he caved in to Hillary's demands....and let her walk on the Benghazi atrocity.

He'll try anything to recapture the headlines.

Elise was stealing the spotlight....and he apparently didn't like it.

I think you nailed it. The question that had to be asked was if he was the leaker.

If I’m reading between the lines correctly both in the line of questioning and the responses, I infer based on the tenet that information is power, that executive/cabinet branch was briefed but legislative/leadership was excluded, based on the term “sensitivity”, to which no attempt was made to get clarification. Obviously he would not respond to these attempts with actual facts or intelligence/counter-intelligence details here, but there should have been a clarification found about the difference in why it’s too sensitive for congress and not for DNI, even if the obvious answer would have been that the former could be considered political and the later apolitical. Even if that’s a soft-pitch, I feel like it should be on the record

Elise is more about the defiant young girl staring down the Bull than anything the RATS can put up.

Comey needs to recuse himself