A new game: It’s called Things You Should Never Believe. And why can you never believe them? Because they are always bogus, which is to say, they lie.

1. CBO - The Congressional Budget Office; they lie regardless of which party is in power and cannot be trusted to be anything remotely close to accurate. Remember when they scored the Affordable Care Act?

Health Reform: Remember when Democrats were promising that ObamaCare would cut the deficit by $1 trillion in its second decade? Turns out they were off by, well, about $1 trillion.

And even that’s assuming that:

ObamaCare's extraordinarily deep Medicare cuts would actually be made if the law remained in place. In fact, it assumes (based on official estimates from government agencies) that ObamaCare will reduce Medicare spending a total of $1.1 trillion from 2018 to 2027. Without these draconian Medicare cuts, ObamaCare would be a huge money loser going forward.

Medicare's own trustees — which includes several top Obama administration officials — says that ObamaCare's steep payment cuts to doctors and hospitals who treat Medicare patients "are unlikely to be sustainable" because they'll drive doctors out of the program and push half the nation's hospitals into the red. – IBD

And they weren’t any more accurate on their enrollment projections:

As for enrollment, the number that actually signed up in the exchanges was less than half the CBO's projection. And the reduction in the uninsured is more like 14 million, not 30 million, and all of that reduction is the result  of the Medicaid expansion, not the law's private sector regulations and mandates. 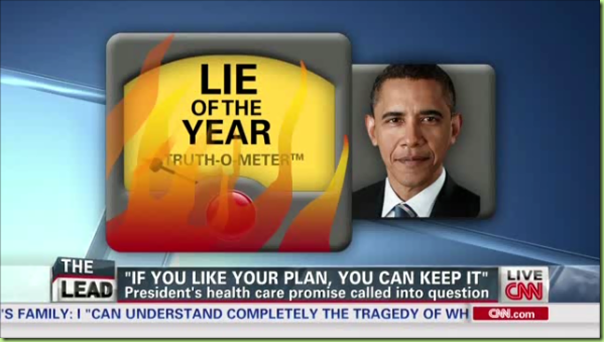 So now that the CBO has scored the GOP “repeal” plan…who cares? You can’t believe a word they say anyway.

2. Polls: They also lie regardless of which party is in (or likely to be in) power and cannot be trusted to be anything remotely close to accurate. So if anyone claims they have a poll showing that your candidate/issue is winning/losing ignore them. Unless they predicted both Brexit AND Donald J. Trump’s win.

Because polls can easily be effected by exogenous variables:

So we’ll just have to wait to see if Geert Wilders wins or loses today because you sure can’t rely on the polls.

I only have time for the two entries today but this is an audience participation game so please add your own suggestions for other “Things You Should Never Believe.”

Things I never believe- any time a pol opens his or her mouth and says it will benefit, kids,women,minorities,old people or society in general. The only people it benefits is politicians or their friends

Prior to this last election cycle, in my whole time being a voter- I knew that pols lied about what they said in stump speeches.

This last cycle Trump said he would do, then delivered on those promises, what a refreshing change from last 50 yrs.

Thank you for the smiles, FRiend.
Tatt

“Things you should never believe”

Anything a democrat says.

1) Never pass up a chance to urinate.
2) Never trust a fart.
3) Never waste an erection.
4) Never loan your money, tools, or guns.
5) Never trust a politician.

lol - have not believed that in at least 30 yrs

your list is wrong, 1. should be never trust a politician

How about grant funded “research”? I’m not sure I’d say never believe all of it, but I take it with a very healthy dose of skepticism, and I definitely want to know who funded the grant, and if any independent means were used to verify.

You must be pretty young, otherwise you would understand.

I am younger than many of the posters on FR, but I am old beyond my years

The real question is, if you want to get straight to the point, do you have prostate issues?

not yet - but I have lived healthy—

Old age gets all - in then end give it time, if I am lucky to live to a ripe old age