I would wish everyone a “Happy Presidents’ Day” except I don’t think it’s politically correct to celebrate it anymore – seeing as how, so far, they’ve all been old white guys. So let’s reflect instead on this tweet from wretchardthecat (aka Richard Fernandez) for a moment:

No wonder millennials are confused. 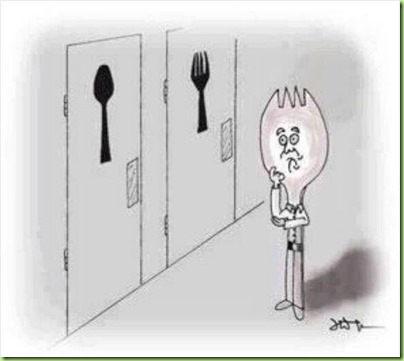 So on this Presidents’ Day let’s just be grateful that we have a President who is unequivocally not confused; he’s going to Make America Great Again regardless of what the confused elitists think.

Excerpts from a very important essay by Sultan Knish: The Elites are Revolting

Somewhere along the way the political projects of the left ceased to be revolutionary. The left won. It took control of nations and set about dismantling them. Its social and economic agendas became law. It ruled through a vast interconnected system of the bureaucracy, media, academia, non-profits and corporations. …

The left had come to envision its victory as inevitable. Its leaders enjoyed the divine right of kings bestowed on them by historical materialism. And so they couldn't see the revolution coming.

The inevitable elites and their power were overthrown. The little people they had been stepping on stormed the castle. All their pseudoscience had failed to predict it. Suddenly the future no longer belonged to the City or to Palo Alto. And its denizens poured out into the streets to protest.

The protests are taking place in the name of oppressed minorities, but like any dot com logo, that's branding. They are actually an angry reaction by an overthrown elite to a people's revolution…

President Trump said, "A nation without borders is not a nation." And that's exactly what the left wanted. No borders and no nations….

People need meaning. It is meaning that gives them a sense of worth. The angry leftist reactionaries find meaning in their post-everything world. The shattering of this world has driven them into the streets. And yet they can't grasp that it was the shattering of their world that drove so many working people to vote for Brexit or Trump. They refuse to comprehend that nations have meaning to more people than their post-national world order of interchangeable multicultural megacities does or that most people want something tangible to hold on to even if it requires labor and sacrifice.

It was a war between Davos, Conde Nast, GQ, Soros, MSNBC, Hollywood, Facebook and America. And America won.

The "resistance" is a collection of elites, from actors at award shows to fashion magazines to tech billionaires, decrying a popular revolt against their rule. They are not the resistance. They are dictators in exile. They had their chance to impose their vision on the people. And they lost. The revolution will not be brought to you by BMW, by a Davos conference, by $100 cologne that smells like nothing or by Facebook lobbying. It will be brought to you by the comeback of America. - Read the whole thing

So from a most decidedly post-normal world I would like to take this opportunity to say thank you, elitists, for making all this not just possible, but inevitable: 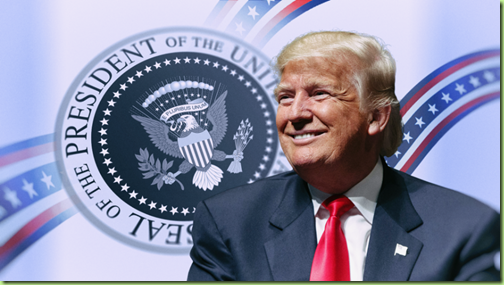 And here I thought that “Presidents Day” was one of the earliest manifestations of political correctness—gotta get rid of Washington’s and Lincoln’s Birthdays because of MLK Day and all.

Not to worry. I put my large US flag out today and my liberal neighbors know it is President Trump day:)

Funny you should point that out. My sister works in the Community College network in Oregon. They did get off MLK’s birthday, but are working today. Hmmmmm. Does that mean that, in Oregon, MLK is more important than ALL the Presidents combined?

I predict that sometime in the next four years, the CBC will try to get Barack Obama’s birthday made into a national holiday. I think the largely GOP congress will roll over and allow it to happen, so fearful are they of being portrayed as racist.

And, over time, the CBC would then come back to remove White Presidents Day as “racist” so that Obama’s birthday is the only presidential birthday that is a national holiday (and he and Martin Luther King would be the only people with national holidays celebrating their birth with the possible exception of Jesus).

Future calendars would treat the 3rd Monday in February as just any other day but Obama’s Birthday in August would become a national day off.

Congress moved Washington's Birthday (a federal holiday) to the third Monday in February.

Nixon was President when the law was passed and called it "Presidents' Day," probably intending for it to honor both Washington and Lincoln--but Lincoln's Birthday had never been a federal holiday (just a state holiday in some Northern states). Nowadays it is treated as a holiday to honor all the Presidents. The Founding Fathers would not be happy with the idea of a day to celebrate our rulers, past and present. 7 posted on 02/20/2017 8:38:18 AM PST by RightGeek (FUBO and the donkey you rode in on)
[ Post Reply | Private Reply | To 1 | View Replies]
To: Verginius Rufus
Nowadays it is treated as a holiday to honor all the Presidents. The Founding Fathers would not be happy with the idea of a day to celebrate our rulers, past and present.

Indeed, they wouldn't. They envisioned the president as being the chief magistrate and commander-in-chief of the armed forces. Beyond these duties, his power was limited to making treaties and appointing federal judges and bureaucrats. The last presidents to adhere to this concept of the presidency were Harding and Coolidge.

I think the only ones around here that celebrate Presidents Day are car dealers and furniture outlets...

. . and Washington’s Birthday it remains!

The left can’t stand the notion that Washington and his unselfish example was a gift from God to our Republic. George Washington was head and shoulders above his peers. Comparisons to recent Presidents are laughable.

We should have a complete day in every public school where in-depth study and adoration of George Washington is the theme of the day.