The Left is gobsmacked over President Trump; not only is he doing what he said he would, he’s doing it at  warp speed. “Turbo Trump” as Carlyle dubbed him.

That’s incomprehensible to pols who are accustomed to spend their entire careers mired in the wonky debate of their ambitious intentions with no concern at all about ever making them work. That niggling detail is left to the bureaucrats. 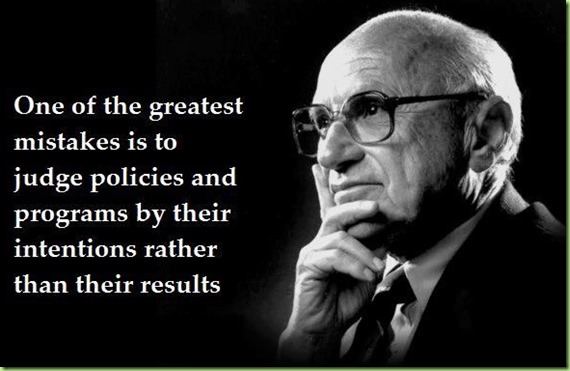 And it’s the Path to Serfdom

No wonder their heads are spinning in Trump’s wake:  they’ve never worked with someone who demands plans that require demonstrable results.

But again, good intentions – the only implementation plan of the Left - capture headlines. In fact good intentions are such an intrinsic aspect of Leftist policy that they often forget that there is anything more:

In the age of Good Intentions and Virtue Signaling hashtags can easily replace the hard of work of action.  But if hashtags worked we’d have gotten those 200 Nigerian school girls captured by Boko Haram back by now. And if hashtag campaigns worked… 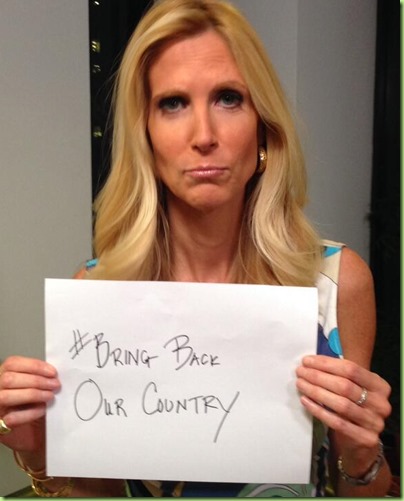 We wouldn’t have had to go to all the trouble of electing President Trump now, would we?

In closing I have this message for all the Lefties out there, still marching, still protesting, still refusing to believe Donald Trump won:

I like how deranged the left is. It is actually a very good thingfor the nation, as we all can see their insanity, and in thisinternet age their little propaganda games aren’t working at all. America looks like it finally did have enough of them all.

Thank God for President Trump, a man so far doing everything he promised and way way ahead of schedule. At this time 8 years ago Obama was still asleep, and stayed asleep until what - January of this year right before Trump was sworn in.

Ann Coulter’s got a great sense of humor!

I admit I didn’t realize the significance of having a businessman in office who doesn’t want to be a career politician. It’s amazing what a patriot can accomplish when they aren’t concerned about opinion polls or blackmail.

I understand the emotion, but really, weren’t there an awful lot of us saying the same thing for eight years, Obama is not my president? What would we respond with if the liberals told us accept it or leave?