Forgive me, I realize it’s not “art,” just a pastime enjoyed by the Basket of Deplorables™. Butt what a game last night! Congratulations to our Clemson fans! Wow, the winning touchdown with one second left on the clock! I haven’t seen that since Michigan State beat Michigan in the final second in 2001! (And then again in 2015 butt by then we were used to losing.)  I’m not whining; being an adult I know how to handle a loss without taking a safety pin. 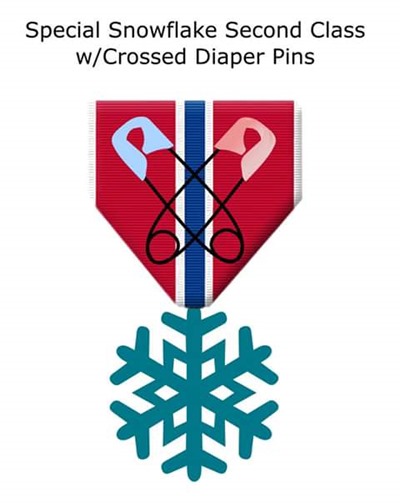 Butt enough about fun, let the Senate games begin! Today’s first skirmish is between Jeff Sessions, AG nominee and liberal Democrats who will play him as a racist (what else?). Also today, John Kelly, a retired four-star Marine general tapped for the Department of Homeland Security. They may want to give him a wide berth and just let him march downfield.

Tomorrow is Elaine Chao for Transportation secretary – aka Mrs. Mitch McConnell - a shoo-in. Also, for Secretary of State, Rex Tillerson: CEO of Exxon Mobil . Not a shoo-in. Deferred from yesterday to next week, Betsy DeVos for Education secretary ostensibly to complete her financial reporting requirements. Actually it is to better prepare for the assault launched against her by the terrifying teachers union.

Sure, she’s from a billionaire philanthropist family and has no direct experience working in public education. You would think that would function as a feature not a bug. All I know is that she seems to know how to use money wisely.

Left is the picture of Betsy preferred for use by Leftist publications and Teachers Associations; right is Betsy on a good hair and makeup day. Like when she met with The Donald in November. 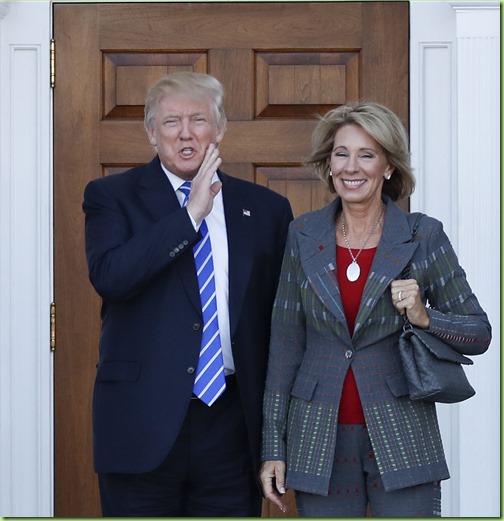 What do you say – Let’s Make America Great Again! You know - like back in the days when even Meryl Street loved football. 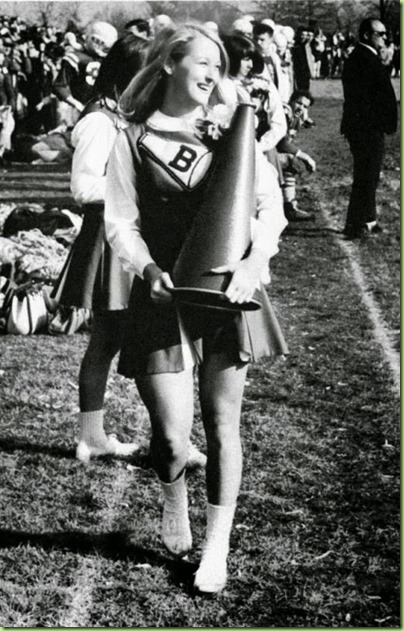 1966: Yep, America was pretty great then. What happened Meryl? 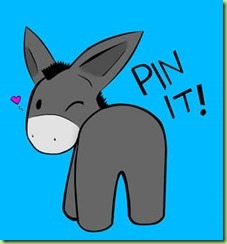 If you think you’re butt-hurt now, wait till Trump sticks the tail on your donkey.

The Dems deserve everything they get. Putting up Shrillary for POTUS was insulting to every voter in this country.

I really think we should have that medal produced. We should award one to Streep in a very public forum and record her face when she figures out what it is

Cool. Wonder what the First Class medal would look like?