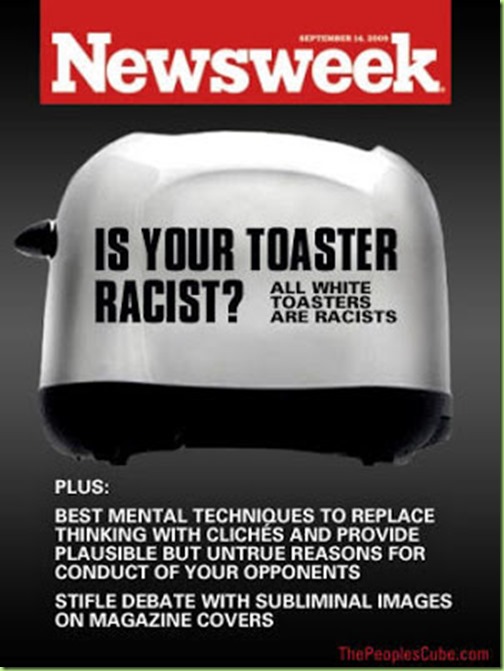 If we didn’t vote for Obama we were racists. 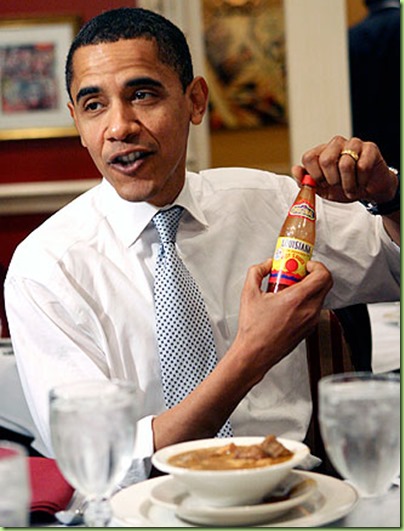 If we joined the Tea Party we were racists (and likely to be audited by the IRS). 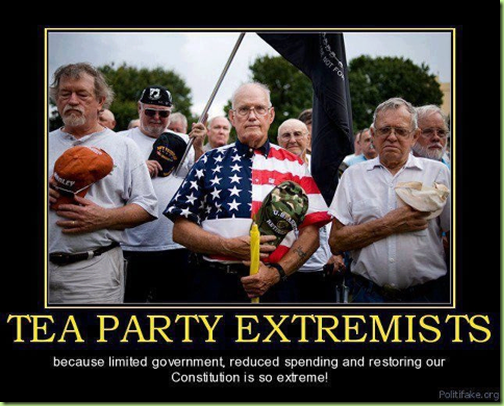 If we supported Herman Caine we were racists. 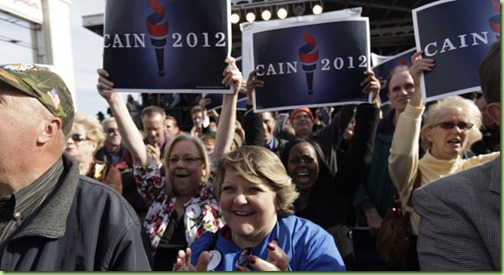 If we didn’t think Michelle Obama was a fashion icon it was because we were racists. 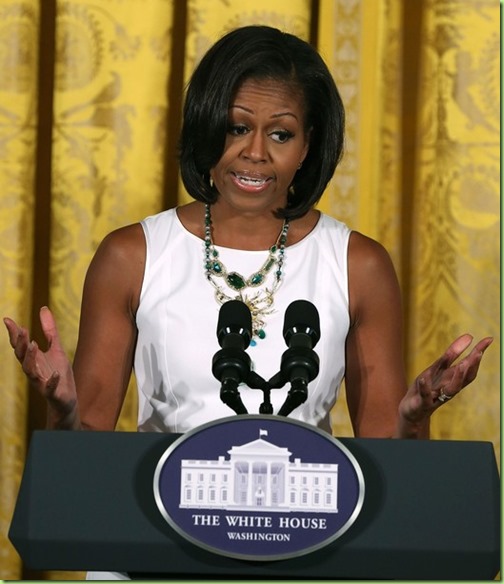 Okay - what tea party smartass put those racist mics on the podium?

If we objected to Obamacare, excuse me - the “Affordable Care Act” - we were racists. (even though we were right: Record-High Health Care Spending Hits $3.2 Trillion in 2015.) 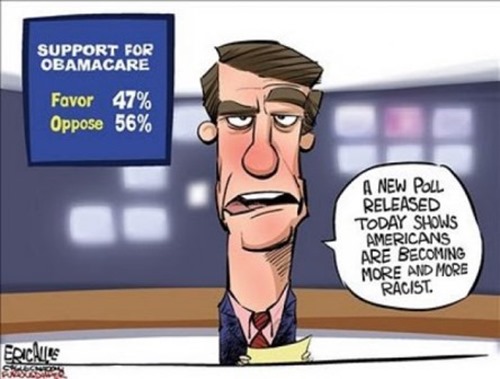 If we objected to opening the borders to let illegal immigrants flood in to overrun our schools, our welfare system, our health care system, drive without insurance, live in the shadows and otherwise drain the treasury we were racists. 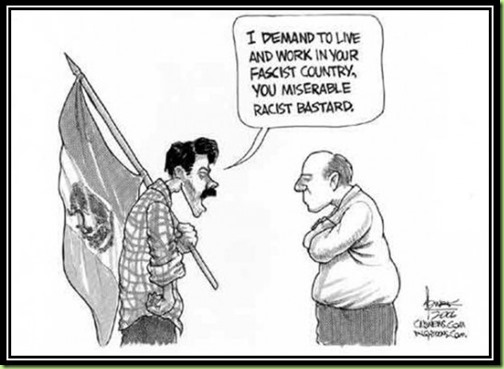 When we objected to Muslims flooding in the same way, we were called racists. 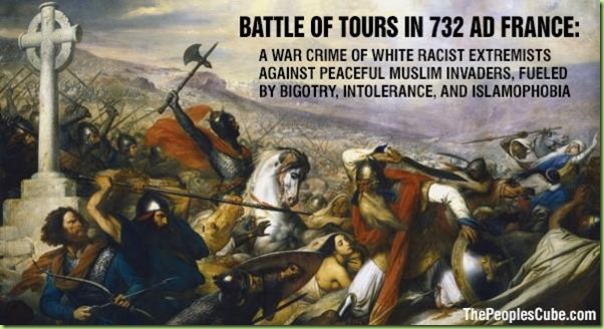 And now the Left is surprised that being called racist has lost its sting? As we have all noticed, and Professor McWhorter pointed out, these “serious allegations” against the Deplorables had to be escalated to something even more deplorable: “white supremacism.”

So embrace it: “racist,” “alt-right,” “white supremacist,”  - all interchangeable, all here to stay until such time as they fail to work. And I think that time is fast approaching. 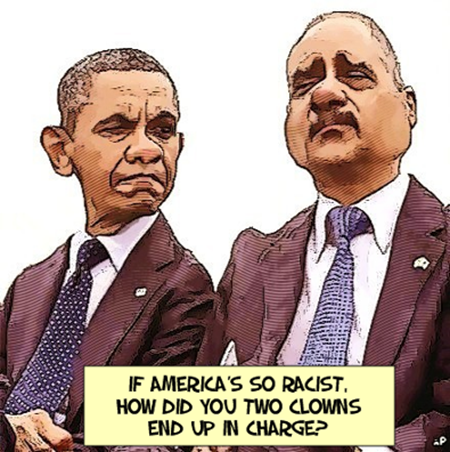 A small caution for the Progs; you keep pitching, we’ll keep swinging. Don’t be surprised it we smack one out of the park from time to time. And one of them could be the game-winning run. 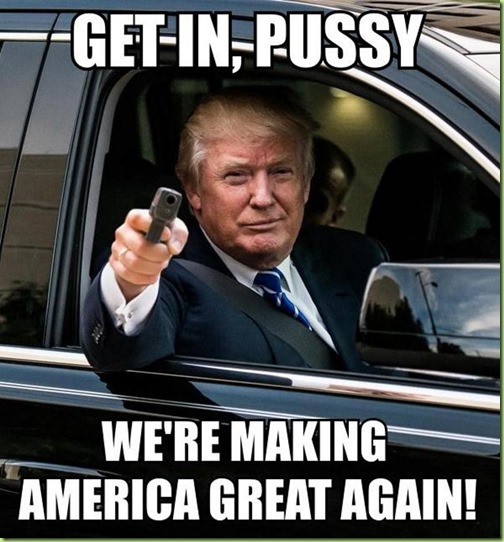 Thank you. Thank you very much. We’ll be here all week. (In best Elvis voice)

Don’t get me started.

The races ARE different. This means that each one has strengths compared to the others. That’s ok, IF you work with your strengths. If you just spend your life trying to be like those in another race, you are like a feminist trying to be a man.

Embrace who you are and quit complaining about how God made you.

And don’t forget to try the veal, ladies and gentlemen...

Sure is funny...but with all these supposedly white racist armed rednecks...not once did we see a mega-armed march by them to drag out Ovomit out of the White House.

The subversives are so FOS.

My rebuttal from now on:

Your notion that I am a racist is hereby Rejected!!!

I choose not be labeled as a racist...I do not self-identify as a racist and therefore you do not have my permission to label me as such.

I do however identify as a Patriotic, America loving Christian, and any notion that suggests that I am anything else makes you Christianphobic and a direct attack on my faith, I was born this way and you must acknowledge my right to be who I am and believe what I believe and make appropriate concessions for me to exist in public without your consent or approval.

The Alt Right brought to us by the Ctrl Left. Geez, why all that? Just say “OK, you got me.” In your most sarcastic voice, and move on. You aren’t going to change their mind, no matter how eloquent your explanation is delivered.

It’s a beautiful day! Woke up to find I am being called a
“racist” on Facebook because I don’t support the indians at Standing Rock and I made fun of the “protestors” at Fayettville, AR who were protesting the Standing Rock oil line.
When they get cold they will go home and fire up the gas furnace to get warm, gas brought by a pipeline or fire up the electric furnace, whose fuel is brought by pipeline to a power plant. For that I m a “Raycist!”

Eloquently. My eloquence is appallingly inadequate.

You forgot the most important part after you tell them their callout is ‘rejected’. “YOU’RE DISMISSED.” Seeing your tag line reminded me of how some officers acted towards us “lowly” enlisted pukes. LOL!

Because it is a hell of a lot of fun using their words and logic against them...They usually give that look a dog gives when someone blows a dog whistle...they just cock their head to the side and try to figure out how to respond. My wife is like my coffee: Brown and sweet. Man, I’m such a racist.