Donald J. Trump, now that you’ve won the American Presidency, what are you going to do? 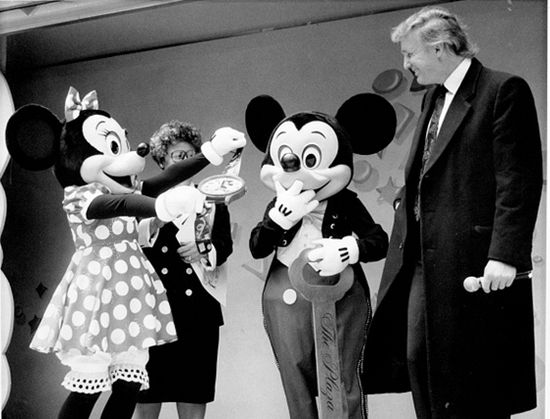 I’m going to buy Disney World! And your parent company too!

Trump’s victory is testament to the wisdom of Winston Churchill:

And make no mistake, the enemies that Trump had to vanquish were many and and mighty: the Democratic establishment, the GOP establishment, the financial establishment, the Hollywood establishment, Big Business, Big Government, Big Media…the entire big, rigged system. In short, the elitists who would run our lives for us because either they know better than we do, or just because they can. And vanquish them he did, totally, completely, unmistakably. And in the process his campaign clearly illustrated why his enemies are our enemies as well.

So which side are you on? The team that arrogantly thinks they can dictate to us everything from morality to  news coverage:

After watching and listening to Donald Trump since he announced his candidacy for president, we have decided we won’t report on Trump’s campaign as part of The Huffington Post’s political coverage. Instead, we will cover his campaign as part of our Entertainment section. Our reason is simple: Trump’s campaign is a sideshow. We won’t take the bait. If you are interested in what The Donald has to say, you’ll find it next to our stories on the Kardashians and The Bachelorette. – Huffpo

Or the team that wants to Make America Great Again?

So enjoy your breakfast of champions: 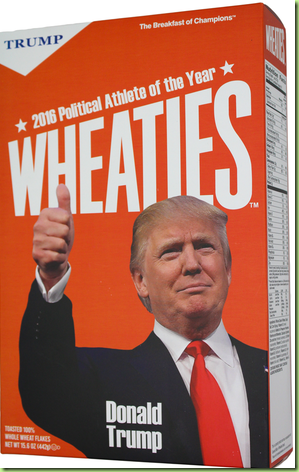 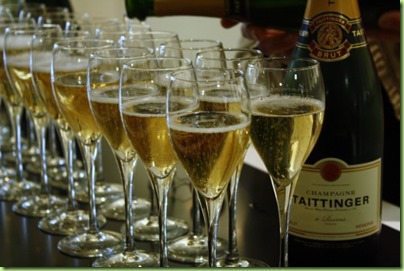 And I’ll be back after I get a little shut-eye. He is with US.