Donald Trump’s economic plan of rebuilding America is a resounding critique of Democratic leadership in general and Hillary Clinton in particular. Why did Donald Trump select Detroit as the venue to  present his plan? 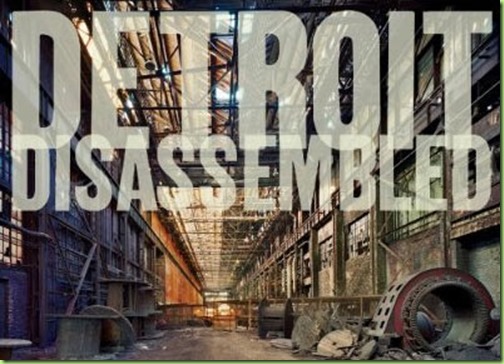 Allow me to have Dewey From Detroit explain, with a retrospective of posts from the Obama years:

You Can’t Handle the Solution! 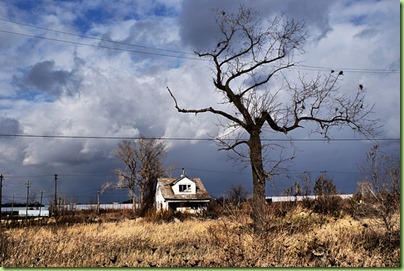 To avoid charges of racism there were only a few proscribed approaches for discussing the city’s problems:  you were allowed to wring your hands helplessly, you were allowed to mourn the demise of the city as long as you acknowledged that its fate was the result of white flight and governmental neglect, or you could pull a Pollyanna and proclaim that Detroit was simply in hibernation waiting to rise from the ashes. But under no circumstances were you allowed to speak the unspeakable truth: that for over 30 years Detroit has been governed by Black leadership - with the complete complicity of the Democratic Party – and that each year the city had grown worse.

A Short History of Detroit 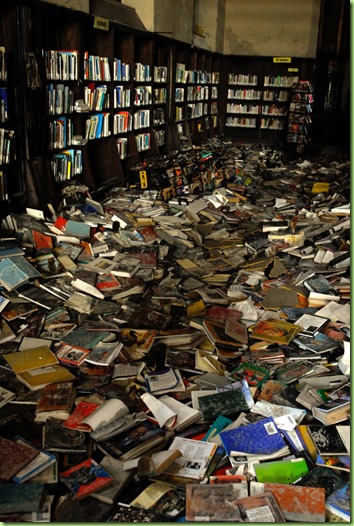 The Democratic regime that has governed Detroit for decades squelches all critics through one of two ploys: leveling the irrefutable charge of racism, or if that’s inappropriate, demanding that additional funding is needed e.g., schools: because God knows, $11,600 per student isn’t enough (private schools charge $6,600, and I doubt many would pay that if their dropout rate was 75%). The death-spiral of liberalism has annihilated Detroit. 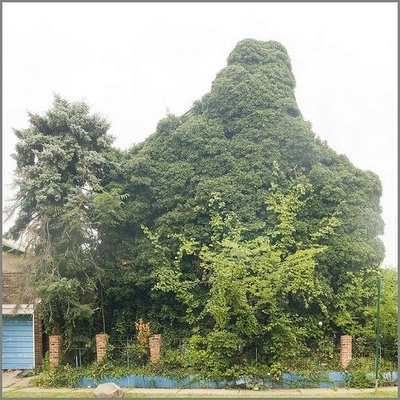 Possibly there’s an element of schadenfreude attached to Detroit’s decline that both enthralls and repulses people. In the course of less than 50 years  –a blink in the history of a city - it plunged from the pinnacle of urban industrial prosperity to the depths of urban industrial decay: completely, indisputably, very likely irreversibly

Live and Die in Detroit: 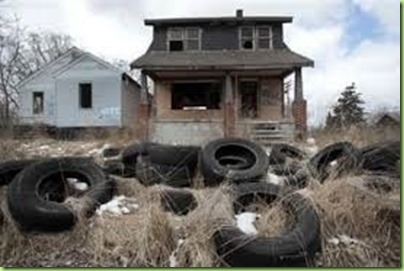 When Marabel moved into the house on Robinwood Avenue in 1964 it was a beautiful neighborhood of 1920’s era brick bungalows, stately trees and neat gardens. The northwest Detroit neighborhood was adjacent to the exclusive Palmer Park Golf Course and Country Club. A serene, safe and attractive community. Forty five years later, it had turned into a dump. 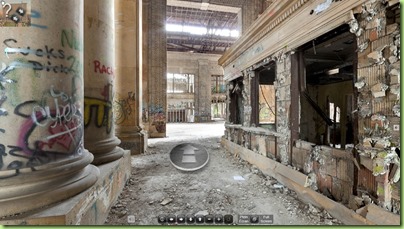 It feels like a nerve unsheathed, it looks like a malignant menace. It is the face of a city waiting for salvation, it’s worthiness unclear. 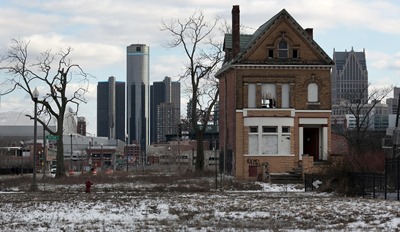 But you probably don’t think it could happen “here” do you? Neither did the citizens of Detroit, 50 years ago.

So, Mr. President, Who Do You Think Destroyed Detroit? 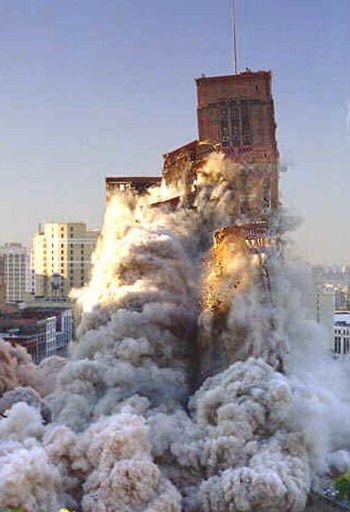 Let’s use Detroit as our test case, since it has had its share of wealthy individuals, corporations and special interest groups over time. And it once had a prosperous middle-class, although that socio-economic demographic has all but disappeared from inside the city borders. So it presents the perfect Petri dish of cultures for this experiment.

Let’s see if we can ascertain who ruined Detroit, and is therefore responsible for the demise of the middle-class. 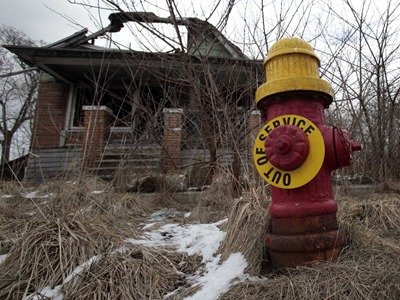 Detroiters escalated the time honored traditions of trick-or-treat vandalism - home egging and mailbox assaults – to arson in the ‘70s. Over the next decade, financially troubled business’ and others with good insurance policies joined in the Devil’s Night fun for profit

The Motor City: Broken and Out of Warranty 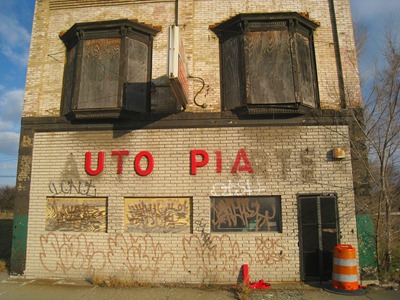 So, can a Donald Trump presidency really make Detroit Great Again? I don’t know. Butt I do know that Hillary Clinton can’t and won’t. Don’t let that happen to America.

I can remember posting or reponding to a "dead cities of America" type of thread some years back here in FR.

A lot of pictures had been posted , before and after, and Detroit was the saddest example of Democrat political rule.

Donald Trump is raising the thought processes of America out of the dumper the NEA was successful in creating.

4 posted on 08/09/2016 5:42:08 AM PDT by mowowie (Press 2 for Deportation)
[ Post Reply | Private Reply | To 1 | View Replies]
To: NOBO2012
My family “fled” Detroit for the northwestern suburbs in 1965, and that was late. In 1967 Detroit burned to the ground but the spirit was still alive. In the 1970’s they built the Renaissance Center with the hope of revitalizing the city. They built a mass transit system called the “People Mover” but the main problem was and always will be:

As long as people feel unsafe, nothing will change there. that is the bottom line. There are "safe" pockets for sports venues and restaurants but by and large people are scared to go..."downtown". If this ever rectified, Detroit can fix most of her problems, especially ensuring that the Lions win a Superbowl at some future, distant time instead of going to play in the Toilet Bowl, decade after decade...

True enough, but Detroit was turning out technically outmoded poorly made cr*p. I remember the phrase from the late 70s, “You don’t have to slam the door, it’s not an American car.”

The technology incorporated and the design of a car has nothing to do with where the cars production facilities are located. That’s the whole point.

The globalist shift could have been overcome, but the unions would not addapt. They lost, and are part of the Democrat problem.

Without the crime Detroit has a great location that would be used for something.

Toyota makes the best car in the world in the USA with non union workers. SO could Ford, GM and Chrysler.

Sometimes you need a fighting general... George Patton was rude, crude and stayed in trouble, because he spoke his mind and violated the PeeCeeBeeEss of the day, but he was one HELLOVA winner, so in spite of his “warts” Eisenhower saw his greatness and gave him command of 3rd Army! As they say the rest is history! So it is with Trump... crude and rude: he is opposed and slandered by all sides Dem, media and his own GOPe. He has said in the past that most Americans now feel NONE of the political class represents them (polls support his). So he should revive this theme big time... because it’s true!

The ruthless attacks upon him are also attacks against ALL of us who treasure the Judeo-Christian foundations of our history... as our values are under constant and relentless assault! To believe in God, Man-Woman marriage, live born babies, right to bear arms and live a reasonably free and prosperous life is now “hate speech”, “bigotry” and “harms the earth” (though we are the most tolerant of all)! The power “elite” in the Beltway, Media, Wall Street and the Ivory Towers of academia seek to make us not citizens governed by will of the governed... but serfs ruled as if we are little more than human livestock! Near every aspect of life to be taxed, herded, corralled, regulated, licensed, permitted, controlled, rationed and even “culled” (death panels?) when our “owners” deem it necessary!!!

Now it is time for the American people to see in Trump what Eisenhower saw in Patton and give him “the fighting general” command! We gotta win this folks!!! If we don’t we’ll be a conquered people and to paraphrase the words of Emperor Hirohito of Japan in his surrender broadcast: “We shall be forced to endure the unendurable and bear the unbearable!” Don’t wanna do that? Trump/Pence 2016!! Hillary for Prison!