Apropos of nothing, other than a comment yesterday regarding Lady M’s proclivity for large bows, I’m doing a holiday weekend re-run of this Buttons and Bows post from 2011. It seems a long time ago doesn’t it? Who’d of thunk at the time that this was as good as it was going to get?

Any-hoo, if nothing else I think you’ll enjoy the Wons’ do-si-do dance steps. Welcome to the not-yet-way-back-enough machine.

It is amazing isn’t it, Lady M”s special gift? She can lighten the mood of any event. Take yesterday for example. What would have been just another somber day of remembrance was brightened considerable just by Lady M’s presence.

For the occasion she chose an appropriate wardrobe of buttons and bows gauged to present a nice balance between consolation and cheeriness.

We ended our day by attending the Concert for HOPE (not a campaign event) at the Kennedy Center. The concert was originally scheduled for the Washington Cathedral, but as you recall the church was damaged in the earthquake that Bu-rocked our world a couple of weeks ago: 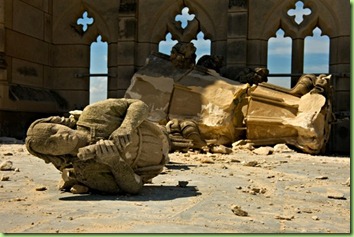 Suicidal angels at the National Cathedral plummeted to the ground, apparently in solidarity with the Teamsters

To cap off our busy day of service Lady M tied herself all up in a big bow.  Or a knot. Or a bowknot. Whatever. It was big. 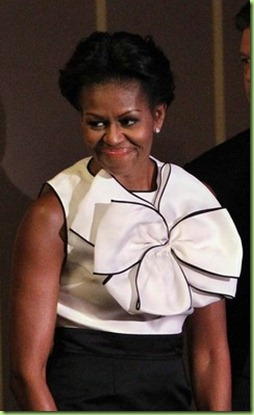 Bows can be a fashion icon’s signature, and for awhile Lady M thought it might be hers, as well as Aretha’s. 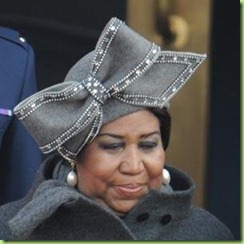 Butt then we switched to backwards sweaters, boob belts and bangles.

Anyway, throughout the day of remembrance and service, MO tried to keep things on a light note by relying on musical themes to convey an air of cheerful celebration while she was performing her national service. Her two themes for the day were “Buttons and Bows” and, with a bow to Americana, “Square Dance Patter”. 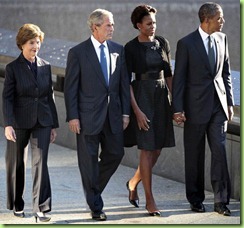 Two are not like the other two (H/T: Gerard)

You’ve already seen the “bows,” here are the “buttons.”

Here is the rest of the day, set to square dance “patters”

“Swing your partner Round and Round

And turn your corner upside down.” 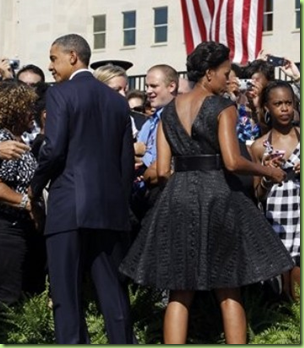 “Right foot up and a left foot down,

And make that big foot jar the ground” 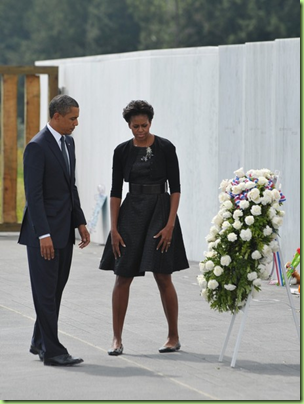 “Bow to you partner and the corner miss,
To the opposite lady just blow a kiss” 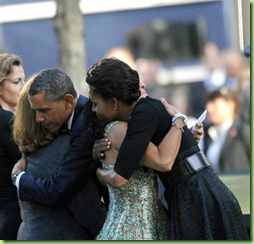 “Old Ida Red she ain't no fool,
She can put a saddle on a hump back mule” 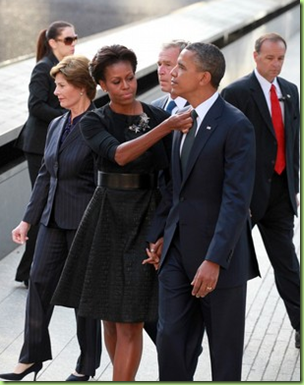 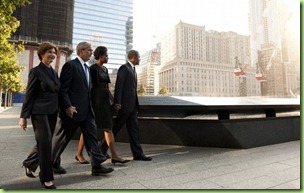 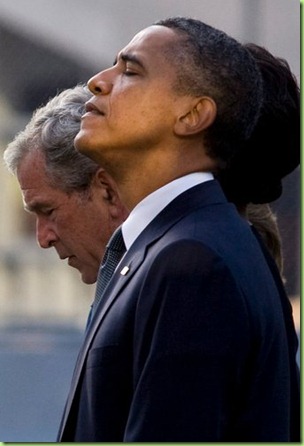 “Some girls are pretty, and some are not,
But boy, you're stuck with the one you've got” 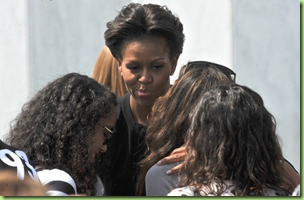 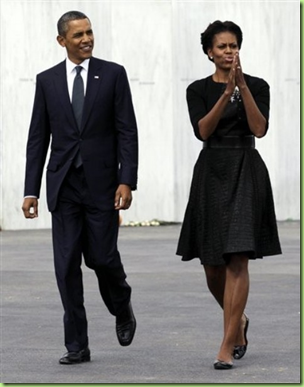 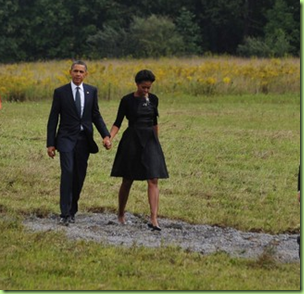 “We don't care just how we look,
'cause we're gonna have our picture took” 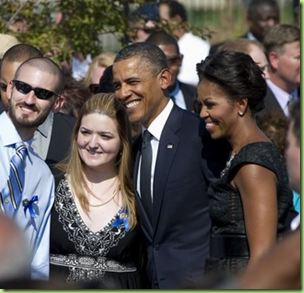 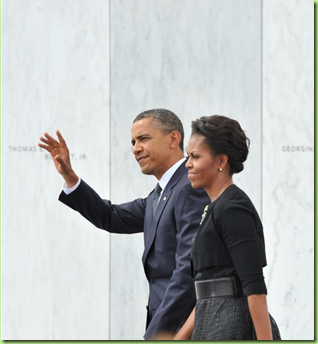 “Comb your hair & button your shoe,
promenade home like you always do.” 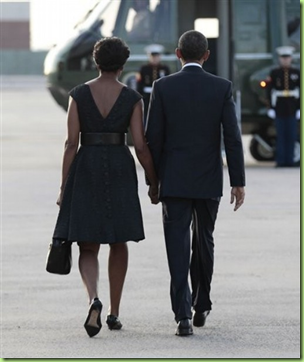 Seriously, nobody knows how to do service and remembrance quite like the Wons.

Except maybe Frasier. So extraordinary, unexpected and smile inducing was Lady M’s musically inspired ensemble, that one of my bosses over at RIGHTNETWORK, co-founder and noted psychiatrist, Dr. Frasier Crane, performed a tribute to her fashion statement, by singing his signature piece from the Oscar winning movie, “Paleface.”

Oh yeah! I think we’re getting the old band back together for one more gig!

TODAY’S RE-POST WAS BROUGHT TO YOU BY RERUN VAN PELT: 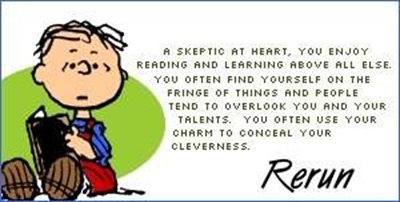 That’s RIGHT! The improbable fashion reign of blob belts is nearly at an end :D

Dang it, I was going to post the Frasier clip when I read the headline!

moochele is spectacularly ugly. And it has nothing to do with her being black — there are many beautiful black women.

It is the blackness of her soul.

Undoubtedly her soul is black but her gender remains in question. 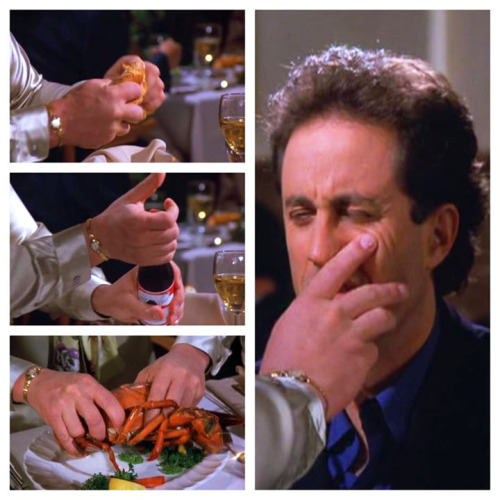 Something and something, and buttons and bows!