I know, I know; Harambe was a magnificent beast - who didn’t deserve to die. So why did he have to die? 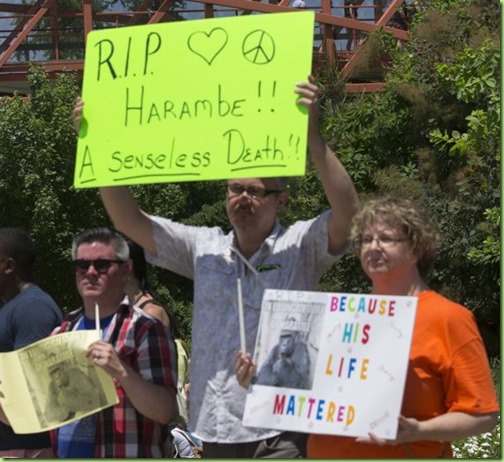 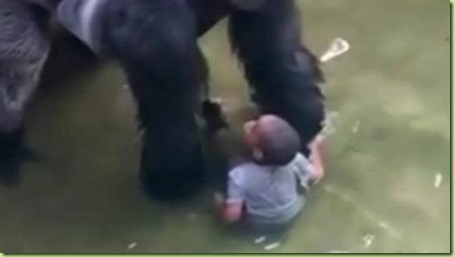 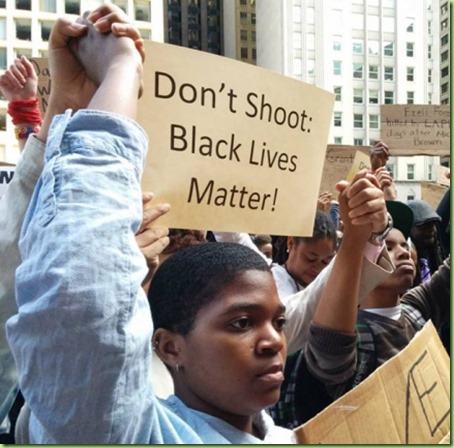 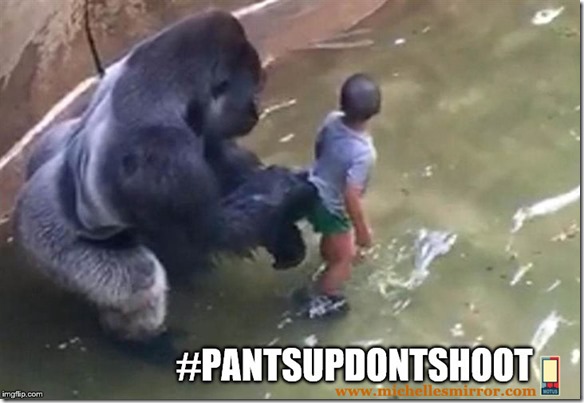 BECAUSE TERRORISM HAS SUCCEEDED IN AMERICA .... EVERYONE IS AFRAID .... WHETHER THEY NEED TO BE OR NOT

What do those liberal idiots think that gorilla was doing when he dragged the kid through the water by his foot? Lemme guess...ole Harambe was just giving the kid a bath? Or maybe taking him water skiing? Because #GorillaLivesMatter

It's interesting also that the mother originally wasn't going to be charged with child endangerment. It all seems like there was at least some regard for consequences beyond the toddler in the enclosure.

Identify the problem? How about this tendency toward zoo enclosures that are more "natural"? Without real barricades, there can't be complete protection of either guests or animals.

Like I see on some of the threads here.

Way I see it, “Black lives Matter” is saying that shooting the gorilla was shooting one of their ancestors. Must be confusing to them because the child looks african American.

....And no wonder someone like DJT has started the process of taking the “PC” nonsense down. People have had it.

Oh, look. A bunch of white liberals placing a higher value on the life of an animal than a black child... as usual.