For a minute there I thought this was breaking news - 100 year-old woman breaks record for 100 yard dash – was about Hillary clinching the Democrat nomination. Butt It wasn’t even about the Democrats’ 100 year old woman: 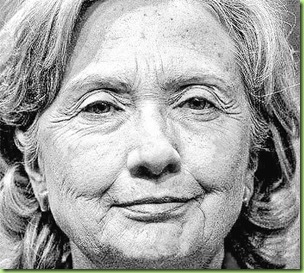 It was about a real 100 year-old runner, Ida Keeling, in Philadelphia. 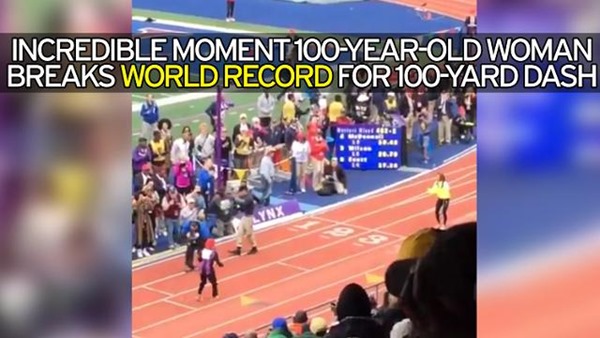 The 122nd Penn Relays at Franklin Field in West Philadelphia brought together athletes from all corners of track and field, but the record-breaking performance by 100-year-old Ida Keeling was perhaps the biggest highlight.

On Saturday, Keeling broke the world record for the 100-yard dash for her age group (80 years and older). 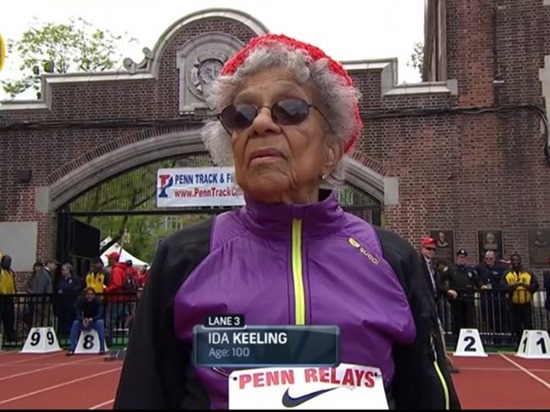 And Ida has a few tips for Hillary on how to stay in shape and run successfully. For one thing, you have to actually work out: Calisthenics, 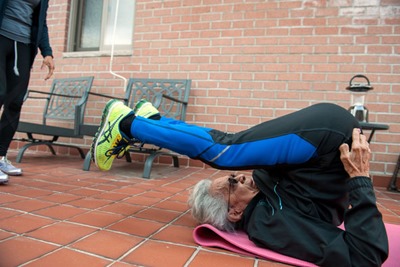 and some actual yoga stretches keep you young and supple: 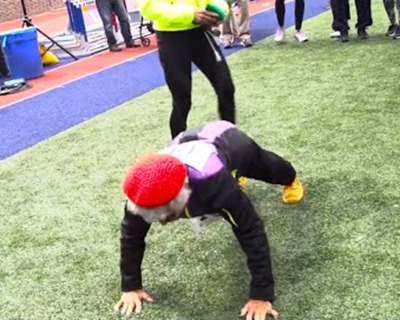 Unlike the Dem’s 100 year old woman, who just deletes emails about her yoga routines.

And yet somehow she keeps on keeping on. So possibly lying is the key to longevity after all. At least in politics. 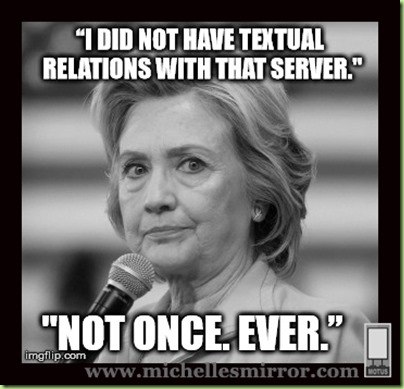 So just a reminder to all you Hoosiers out there (or Hoosier wanna-bees if you’re voting Democratic) don’t forget to cast your vote(s) today. Because remember: no matter who you love, Hillary will walk away with the delegates. Because that’s the way we roll. It’s called “virtual running”

and it works so well that the Republicans have decided to adopt the marathon’s rules in certain markets.

However, Indiana doesn’t appear to be one of those markets, so tune in tonight for the election returns. It could be…interesting.  We know the 100 year old woman will win, butt this could determine who she’ll be running against.

Of course you know what Hilz’ response will be to whichever Republican wins: 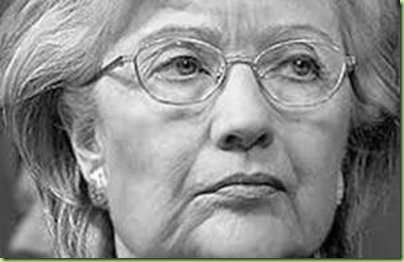 “What difference at this point does it make?”

Because she’s running with her 100 year old lady parts, and that trumps everything. There. I said it. 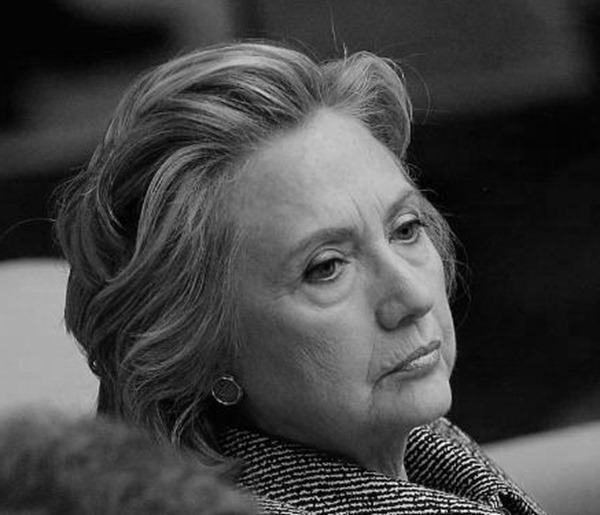 “Forget it boys, I’ve got a vagina and you don’t.”

Gives new life to the spoonerism for cunning runts.

“Forget it boys, I’ve got a vagina and you don’t.”

Correct and I am willing to bet its pretty nasty too.

Well you appear to be a “cunning linguist”

I'm not so sure about that...she may be wearing those teepee coats to hide that big bulge she has in her crotch...just saying...

If Hillary was a man she would be in prison.

remember the first 10 minutes of raiders of the lost ark. That big long cave with all the death traps...it’s a lot like that with a river of flowing puss.

I think it is a group of sly pygmies.