Last night was a 2 -2 tie for the Republicans. On the D side, The Bern took 2 of 3 so it looks like Hilz wins based on delegate count.

And since all’s right in the world I’m moving.on.dot.org to recipes today. So post away: new favorites, old favorites, ethnic recipes and recipes you’ve been been meaning to try. Why? Because I said so.

I think I told you I went to Chick-fil-A on my way home from the airport last week. I haven’t been there since they obtained a cease and desist order against their coleslaw and sent their “superfood”  kale salad in as a replacement. Since I liked their coleslaw - even though it was a tad sweet to my taste - I wanted to report back on how awful the new super-salad was. Unfortunately it was quite good. Way to go: spoil a perfectly good fowl mood, Chick-fil-A! 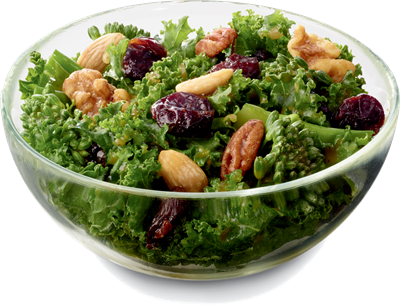 Okay, that’s the Hollywood version; your serving will look more like this: 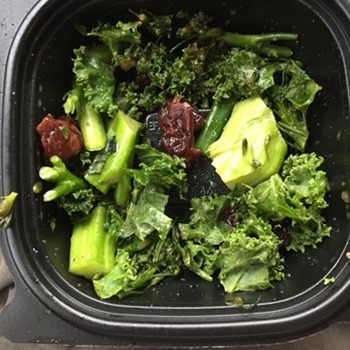 So don’t order it if you really, really don’t like twigs and stems; or greens. Still, it’s hard not to like it unless you’re just holding a grudge against management for chopping the coleslaw.

At least now we understand why Chick-fil-A took the little guy to court over what they claimed was copyright infringement: 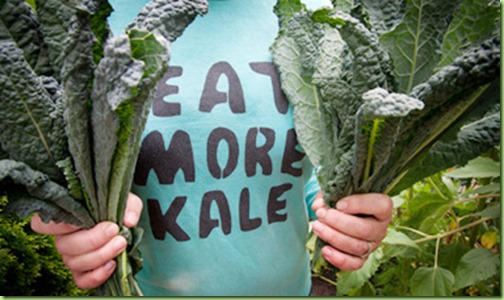 Unfortunately for Chick-fil-A the judge decided chicken isn’t kale, so if they want to add the “eat more kale” tagline to their portfolio they’ll have to pay the t-shirt guy for the privilege.

I don’t want to get sued so this isn’t so much a recipe as it is a list of components: some assembly is required.

Since it’s an election year, and I don’t want to be accused of being biased, here’s a “Brutally Honest Product Review”  from an opposing viewpoint (which is pretty funny). I believe the post is simply a case of sour grapes from a sweet coleslaw junkie who sees her drug of choice being cut off:

“So basically, losing the slaw in favor of f***ing kale means that ISIS is pretty much in charge of the Chick-fil-a drive-thru now.”

If you live near a Chick-fil-A I encourage you to try it yourself. If, like many Republicans, you are Anti-Green just on principle, the chicken sandwiches and breakfast biscuits are still darn good all on their own. So vote your conscience. 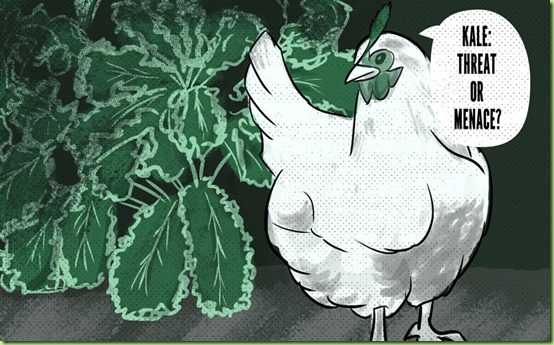 And let’s see it lay an egg!

I’ve heard several people complaining about Chik-fil-A dropping their coleslaw. I eat there on occasion and had never tried it. Not a big coleslaw fan. The kale thing sounds a little too Whole Foods to me, but the few I know who have tried it, liked it. I don’t go to fast food outlets for a salad, either. It’s the #4 combo large with waffle fries for me at Chik-fil-A. Guess I’m just not the target audience, lol.

mom’s gotten a little too old to make them for a while.

But there was NEVER anything better than homemade Sicilian Pizza and Cavatelli.

and grandma’s meatballs brought over from Naples.

Sit them in home made sauce flavored with thinly sliced sausage.

Ultimately, the marketplace will decide.

There are a number of businesses I no longer frequent for various reasons—Chief among them is that said businesses bowed down at the PC alter. 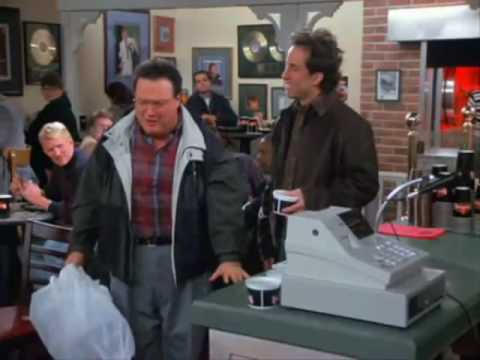 “someone give me some ranch or Honey Mustard quick!” ::bangs on table::

I like it! Maple vinagrette. Little expensive. but if you mix grilled chicken with it you have a meal.