We  all saw Lady M receiving this yearâ€™s Winter Holiday tree last Friday. The Wee Wons refused to serve as props this year, so Little Bo and Sunny were called in as stand-ins. 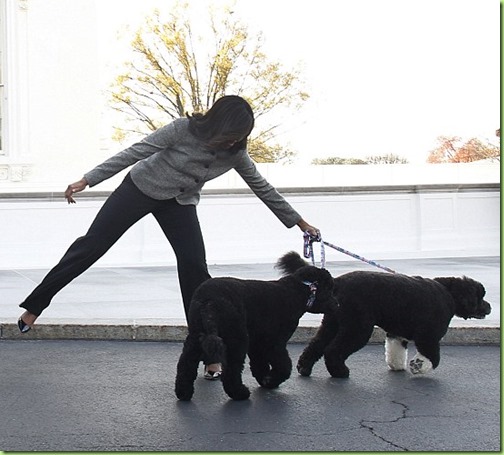 They didnâ€™t appear to be any more delighted with the assignment than the girls.

And you might have expected that Big White Winter Holiday tours would have been suspended due to Joey Caputoâ€™s antics on Thanksgiving. 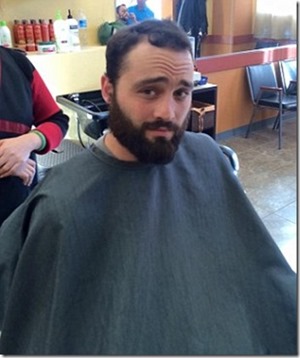 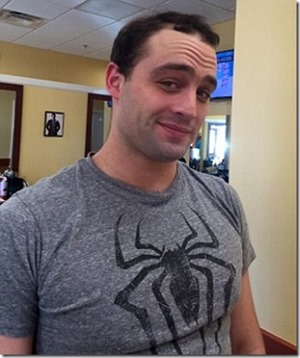 SS found him with an American flag â€œcape,â€ a â€œCaptain Americaâ€ flash drive, a pocket guide to the Constitution, and weightlifting gloves, leading many to speculate that Joey just wanted to get in a good workout with Lady M before going home to stuff himself.

The Secret Service later found a car linked to Caputo parked three miles away from the White House. The Ford Taurus had Connecticut plates spelling 'caputs'.

It is unclear what was inside the folder he was carrying, but based on his political ramblings online, it may have been a letter for President Obama.

Some of his plans include scrapping the constitution and starting over with, well, something else:

'I believe that in a democracy the people lead, and that we need revolution, and that parties are a useless waste of time, meant to keep us from leading our nation as we should be by distracting us with redundant and passionate debates meant to keep us bickering with one another,' he said.

The Star Wars fan was studying for a bachelor's degree in martial arts studies at the University of Bridgeport and turned in a bizarre 18-page essay in March on the relationship between Jedis and east Asian philosophy. 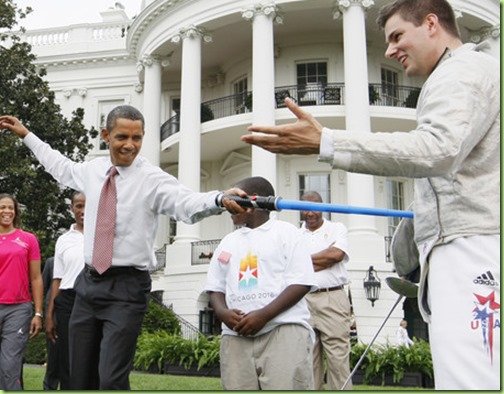 This is all starting to make sense

Anyway, the Big White tours proceeded as normal after the Jedi Captain America was under custody. Although it looks like the Secret Service are still having trouble keeping track of all our invited visitors. this woman, for example, wandered away from the official tour group and wound up in the  family quarters where she stumbled upon Lady Mâ€™s throne:

As Thirdtwin noted on iOTW, this gives a whole new meaning to â€œLetâ€™s Move!â€

Oye! Thatâ€™s about all I can take for one day.  Have at it Jedi warriors.

Socko and Malware opted out.