It’s not often that you come across an article that is concise, insightful, and useful. Jon Gabriel at Ricochet has managed all that – and he put it into a handy chart (The Media Narrative Chart for reporting violent crime). A laminated copy would make a nice gift for any current or aspirational members of The Future Journ0lists of America club.

This single chart serves as the equivalent of a masters degree from any one of America’s foremost J-schools. 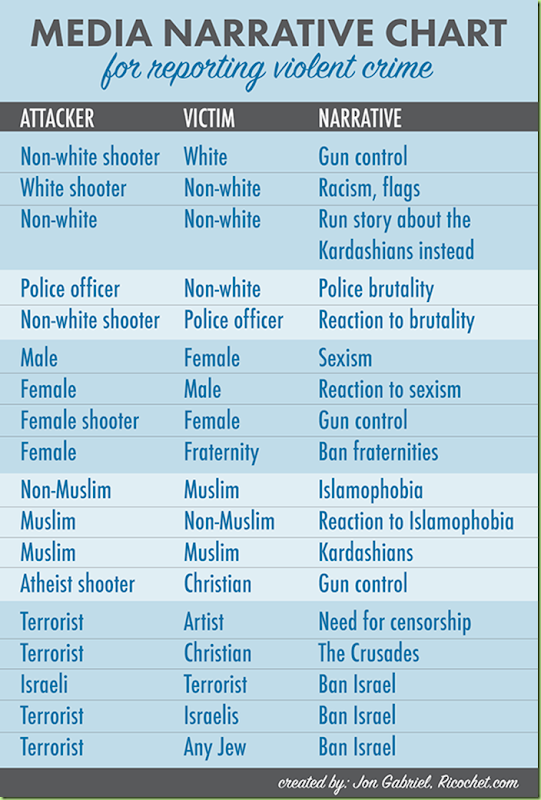 That certainly begins to explain our fascination with the size of Kim Kardashian’s butt doesn’t it? 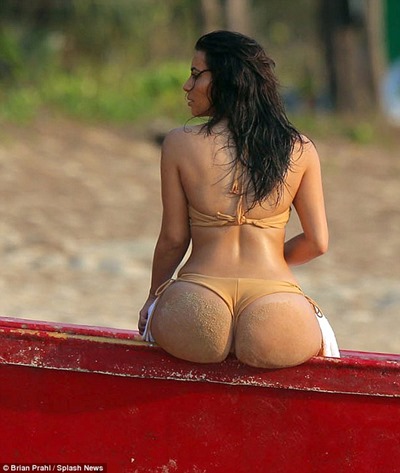 Butt back to the chart: for any budding journOlists who may still be confused about the old school attribute of objectivity once considered a requirement for those who chose the reporting profession, Mr. Gabriel provides some helpful clarification:

Remember that the job of the Objective Journalist™ is not to tell the audience what happened, but to expand the event into an indictment of Western culture.

At the rate things are proceeding, I predict all of Western civilization will be not only indicted, butt tried, convicted and executed for crimes against humanity before Barry leaves office.

I’d like to nominated Calvin for Speaker of the House.

Hilarious but sad too.

The wonders of modern laser depilatory, cosmetic implants (butt and boobs) and a lot of facial plastic surgery.

I’ve seen pictures of her when she was a teenager. No one grows from that what was to that which is now without major work.

Looks like she has paid a visit to the Infamous “Miami Fix-A-Flat Lady”.

Based on the comments in this thread the antics of media is right over the target. Show some ladies and discuss their celebrity woes on a news site and the readers just LOVE it.

I know why I’m cynical, public school and sixty years of observations, especially the last seven.

It gives new meaning to the term *butt ugly*.