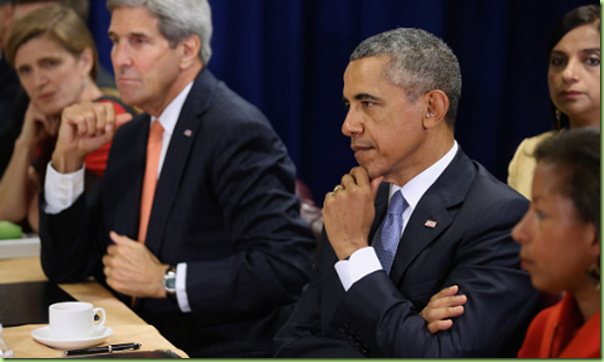 He addressed the assembly, and blamed Assad for making him draw that red line in the first place… 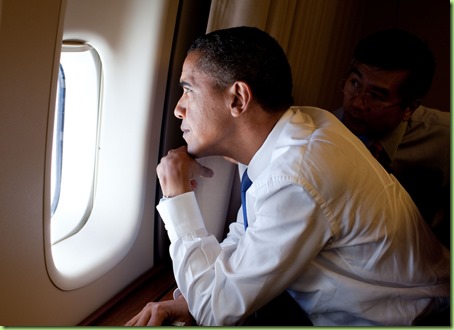 …which forced him into giving al-Assad a harsh stare when he had the audacity to cross it.

And then he chastised those who had the audacity to imply that he, Barack Hussein Obama, might possibly bear some small responsibility for the result of that whole Arab Spring mess:  “Let’s remember how this got started.”

The only problem is a lot of us actually do remember how this mess started: 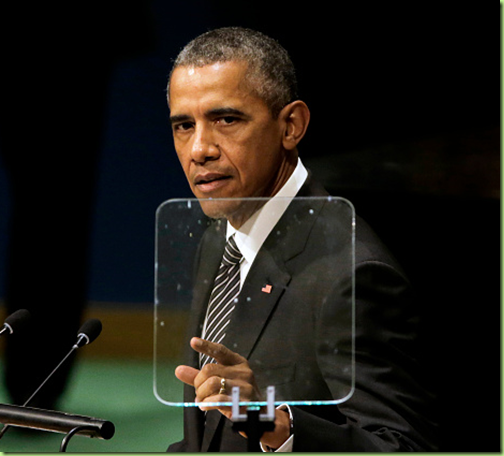 WON man, one teleprompter; the rest, as they say, is history.

So I suggest you go sit in the corner for awhile and think about what you’ve done. 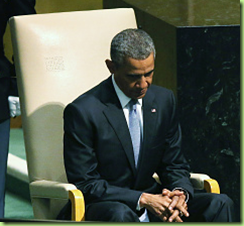 Obama said yesterday to the UN: “Diplomacy and “international order” will win over time, while might and force will lose.”

What this idiot doesn’t understand is that diplomacy and international order will work only when the United States is powerful enough to enforce both. That view is not racist; it is the truth.

She is certainly tottering before she falls.

The Russians are not admirers of the dark skinned people

I saw posted somewhere that a small stroke might have been to blame for Hillary falling on an airplane. I wonder if this is the incident they’re trying to paint over.

Compared to what we have now? When in the history of America has a social program ever been eliminated?