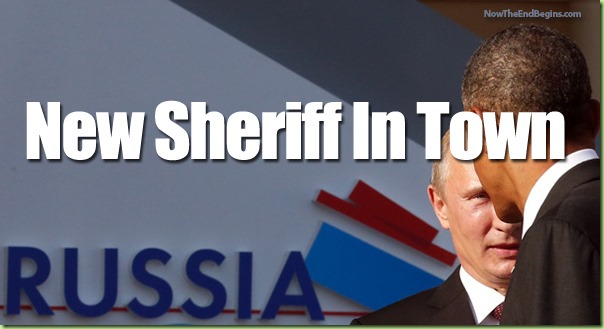 Hillary (and Bill) blame the vast rightwing conspiracy (again) for all her troubles (lies) .

Boehner blames the “false prophets” (in the Republican party) for all his troubles.

Putin, however, blames nobody. He just deftly grabbed the reins of world power after they were tossed aside by Big Guy. After a summer that saw joint Russian and Chinese military exercises around the world, and numerous Russian fly-byes over U.S. waters and territories, Vlady stepped forward to confidently announce his coalition with Syria, Iran and Iraq against ISIS. What the heck, somebody had to do it. And it sure as heck wasn’t going to be us: 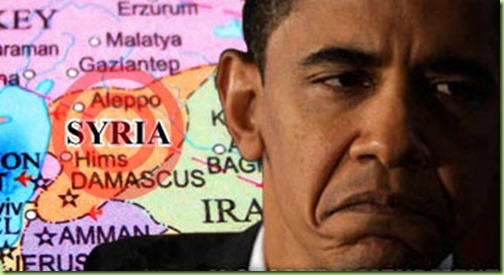 “Syria, Syria…oh right! That place in the Middle East where we’re arming the ‘moderate’ jihadis!”

In a show of decorum seldom displayed by our own political leaders - who are constantly either finger pointing or crying – Putin declined to dump on his geopolitical adversary when given the opportunity by 60 Minutes’ Steve Kroft: “Do you think (Obama’s) activities in foreign affairs reflect a weakness?”

“You see, here’s the thing. In any country – and in the United States I believe this happens even more often than in any other country – foreign political factors are used for domestic political battles,” he said. – The Hill

Then, in three paragraphs, he outlined a more cohesive Syrian strategy than Big Guy, his various Secretaries of State and their rah-rah girl band – have been able to do in three years: 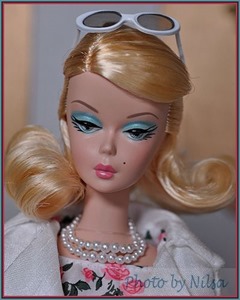 (Putin) stressed that there is only one regular army in Syria and that is the army of Syrian President al-Assad. He is confronted with what some of Russia’s international partners interpret as an opposition.

In reality, he said, al-Assad’s army is fighting against terrorist organisations.

“You should know better than me about the hearings that have just taken place in the United States Senate, where the military and Pentagon representatives, if I am not mistaken, reported to the senators about what the United States had done to train the combat part of the opposition forces.”

“The initial aim was to train between 5,000 and 6,000 fighters, and then 12,000 more. It turns out that only 60 of these fighters have been properly trained, and as few as 4 or 5 people actually carry weapons, while the rest of them have deserted with their American weapons to join ISIS. That is the first point.”

“Secondly, in my opinion, the provision of military support to illegal structures runs counter to the principles of modern international law and the United Nations Charter. We have been providing assistance to legitimate government entities only.”  InfoWars

In other news, the White House said Putin is “desperate” to sit down with Obama. Right. 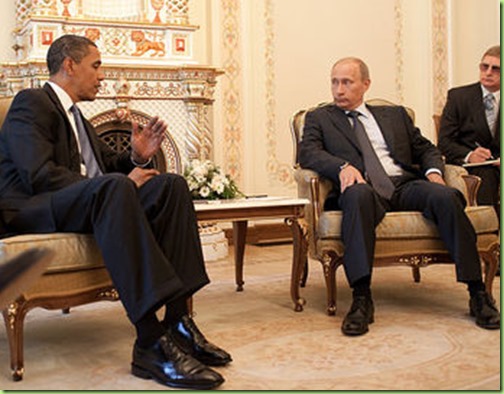 Oh yeah, let’s do this again.Because we don’t have enough man-spreading around here.

We here in America, are war tired...we have done enough, lost enough, and now is time to elect a great MAN (Trump) to get America back on top...

Will Putin and Trump see eye to eye on anything? Probably not everything, but I think they understand each other, and probably will end up working together on many things...

Obuma can't do anything, he's a member of the muslim brotherhood, and he has to play golf, and do other things, he doesn't and has never had the betterment of America as his ‘job’....

The people that voted for him, not only once, but twice, were snookered...they bought a bad sale of the deal, they didn't seem to care, they didn't want to care, and now...well now, they are upset because NOW they can see they were taken...

Has Hussein flipped off Putin yet like he does to Bibi?

Rest assured the Russians will be ruthless in their crushing of ISIS. No nation building, cease fires, negotiations taking prisoners etc. Ask the Somali pirates about the results of attacking a Russian ship. Russian special forces re took the ship, put the surviving Somali pirates including the wounded back on thei boat and riddled it with gunfire until it sank with no survivors and then posted the video on You Tube. While likely not his purpose Putain may end up saving civilization from these barbarians

Just curious. Are there any photos of Putin playing golf or riding a little bicycle?

I’m with Trump let the Russkies have at it. Their ROE are a whole nother breed of cat than ours. Let them wipe out ISIS and the Syrian rebels.

Putin puts up with obuma because of America...

—yes—while I dislike being at all positive about Putin, his soldiers from the top to bottom of the chain of command don’t have a lawyer watching over every squeeze of a trigger—

As long as Obama is in control for the next 16 months, let’s forget about what “should” happen, and focus on what we can expect.

1-Putin will let nothing interfere with his access to Syrian warm water ports.
2-This means he will back Assad and fight ISIS.
3-The Christians and moderates will be slaughtered in the process.
4-Obama is a coward and will do nothing but flap his jaws.
5-Given the above, it doesn’t matter what Trump pretends he would do, it will be too late by the time he gets there.

Putin sticking his finger in the eye of the WH Muslim? That’s a wrap.

The alpha male has arrived to take care of business.

Are Christians safe as things stand? That seems to be a given any way you turn in ME at this time. Christian slaughter. But leave the antiquities alone!

Russia is like France in France hitting that ISIS camp, both countries have to worry about ISIS planning attacks on the home-country.

Plenty of Russian and other citizens of the former USSR are in the ISIS army.

Radio Free Europe devotes a whole section to it: http://www.rferl.org/archive/under-the-black-flag/latest/17257/17257.html

Putin has already agreed for Assad to share power, as if this is the great success story some tout it to be.

Putin has already called for Assad to share power, what a joke that Russia is going to straighten up Syria.