The Pope wrapped up his New York visit with a Mass at Madison Square Garden.  Earlier in the day he appeared at the UN where, to the delight of Gaia worshipers everywhere, he declared that the environment is a person too thereby endowed with certain unalienable rights (unfortunately not recognized in other parts of the world such as China and the Middle East, to name two):

“It must be stated that a true ‘right of the environment’ does exist,” Francis said. 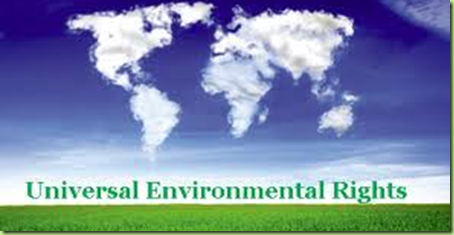 The environment joins with humans and animals in demanding social justice

on the eve of a UN conference intended to adopt 17 new goals for a more sustainable model of development, and during the last stretch of negotiations on a deal to fight climate change. – The Guardian

Elsewhere, in a SHOCK poll, 62% of Republicans feel betrayed by their party; causing Speaker Boehner to humbly take a bow: 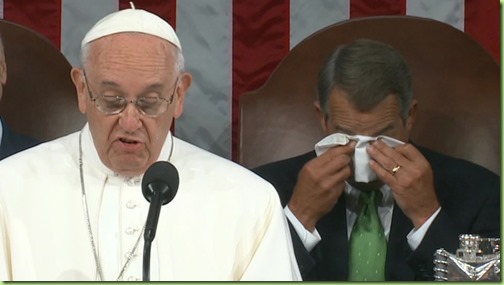 He did so shortly after our el Presidente did likewise; although he, unfortunately, did not resign immediately following. 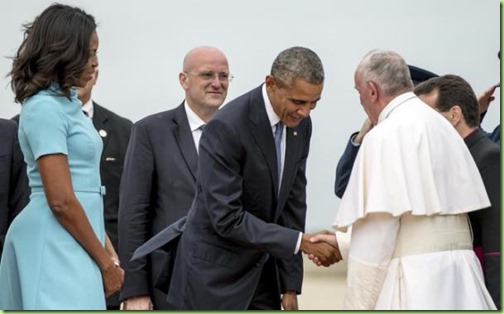 Next, el Presidente greeted visiting Chinese President Xi Jinping in the Rose Garden, where screens were erected around the White House to block out those pesky human rights protestors. Just for the record, had they been environmental protestors they wouldn’t have fared any better. 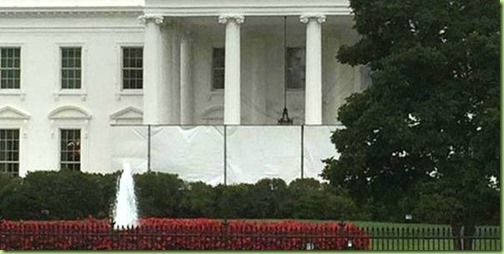 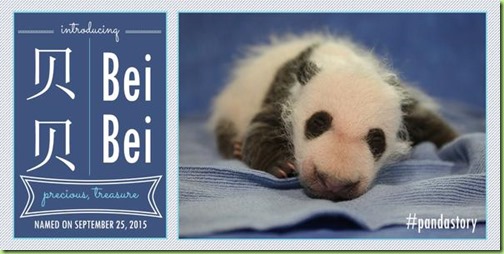 And then honored her again with her Bey gown and wig at last night’s Chinese State Dinner: 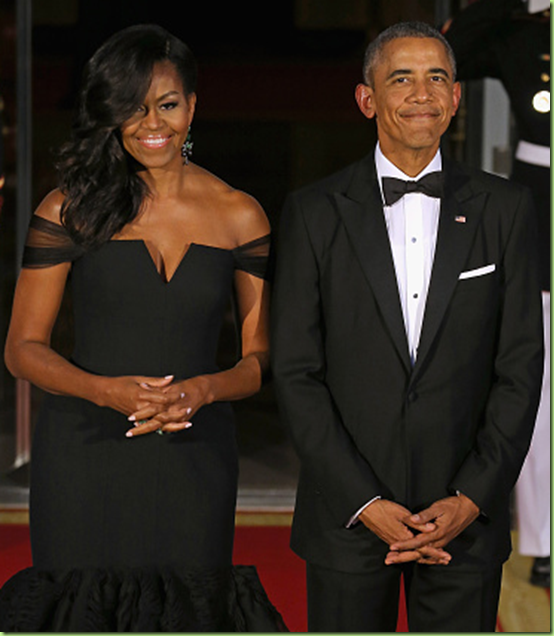 Oh yes, and the FBI found over 900 of Hillary’s “deleted” emails related to Libya, some of which related to Benghazi. They will be turning them over to Trey Gowdy’s committee. This news might even be worthy of a new hairdo – for Trey, not Hill.

l to r: the choir boy, the college professor, the Gordan Gekko, the surfer dude h/t Pocket Full of Liberty

I vote for the crew cut: 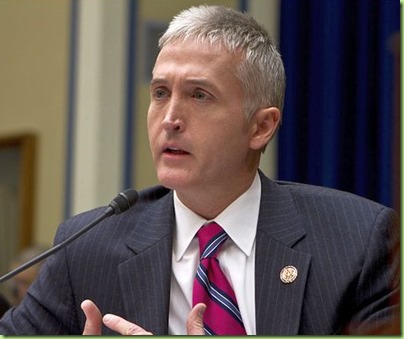 Tune in tomorrow for more on the miraculous resurrection of Hill’s emails.

One can only hope that a lot of this is due to mis-translation....but I doubt it.

My gosh, Gowdy has the WORST hair! I’m with you...the crew cut is the one he should stick with. It’s the least awful.